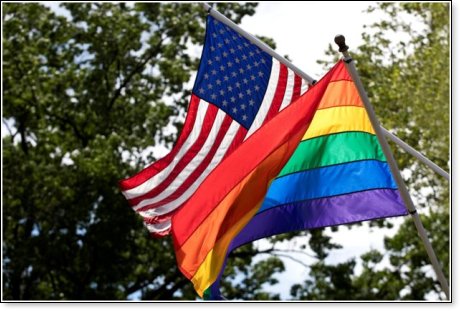 This week the Human Rights Campaign, which touts itself as the "nation's largest lesbian, gay, bisexual, transgender and queer (LGBTQ) civil rights organization," released their annual Municipal Equality Index (MEI), evaluating the LGBT-friendliness of 506 cities nationwide, 10 of which were in North Carolina.

According to a press release from the HRC in partnership with the Equality Federation Institute, the "average score for cities in North Carolina is 52 out of 100 points, which falls below the national average of 60."

The report shows the following scores of cities in the Tar Heel state: The press release expressly noted that the MEI "assesses each city on 49 criteria covering citywide nondiscrimination protections, policies for municipal employees, city services, law enforcement and the city's leadership on LGBTQ equality."

Apparently, there isn't a consensus of David and Isaac's conclusions in North Carolina. Most North Carolinians remember the way the policies behind HRC's Corporate Equality Index (CEI) worked against a simple, common-sense measure, HB 2. That bill, commonly known as the bathroom bill, barred so-called nondiscrimination policies for LGBTQ, allowing an individual, regardless of his or her biological anatomy, to use any restroom, locker room, shower, or changing room, with whichever gender he or she subjectively identified.

Such policies, (erroneously, in the name of inclusion, fair and equal treatment), create loopholes that sexual predators may exploit, placing women and children in vulnerable situations.

North Carolina lawmakers, despite their convictions, ultimately felt forced to abandon HB 2. I believe they felt compelled to repeal it because whether conscious of it or not, they were experiencing the profound political pressures induced by the Corporate Equality Index (CEI) on big business.

Although many corporate executives were personally supportive of the HRC's objectives, many others didn't agree but also didn't feel their companies could afford a black mark from the CEI that could result in boycotts, bad press, and other forms of harassment and retaliation by the HRC and their political thugs.

So corporate entities relentlessly pushed state lawmakers for repeal, and state lawmakers relented with compromise lest their accomplishments in revitalizing the state's economy were eclipsed by the controversy and the bogus claims HB 2 was ruining the state financially.

A CEI rates a corporation by HRC's demands, while an MEI rates cities similarly.

A CEI and an MEI are in principle that same open, aggressive, immoral and insistent force described in Genesis 19, which pressed upon the door of Sodom's local magistrate, Lot, causing him to offer up his own daughters to appease those who had come to believe they had a right to indulge their sinful passions, and making it abundantly clear that any attempt to thwart them would result in a heavy-handed reprisal.

Moreover, the policies required by an MEI are toxic to freedom of religion, imposing regulatory burdens that unfairly, even unconstitutionally, authorize the government to force private businesses and churches to promote views and participate in events that conflict with their peacefully expressed religious beliefs about human sexuality. Victims have included numerous wedding professionals, religious charities, etc.

There is one other significant negative impact of the dogmas and guidelines inherent with a city's good MEI rating: the social environment is characteristically Gospel-resistant.

In his book, Church Planting in Post Christian Soil, Christopher James, highlights the city of Seattle, Washington, "as one of the most LGBTQ-friendly cities in America." He reports that the city "has earned consecutive perfect scores" on the Municipal Equality Index "since its inception." He goes on to argue that Seattle is reflective of a leftward trend by larger cities across the country.

"In a nation whose population is becoming increasingly urban, urban areas are swinging increasingly left. While Donald Trump, the Republican nominee, won the 2016 election by claiming a victory in the Electoral College, he lost the popular vote to Democrat Hillary Clinton by nearly 3 million votes. Most counties with a population above 500,000 moved further left in 2016. Clinton won 90% of counties that include urban cores. Large U.S. cities overwhelmingly have Democratic mayors, a marked difference from twenty years ago, when half of the largest dozen cities had Republican mayors. Seattle reflects these national and urban trends," writes James.

What's James' point? Even though he does not directly say it, I believe one could indirectly deduct from his remarks that these leftward political trends in urban areas, where an MEI plays a significant role, are reflective of post Christian soil, and the church will inevitably find it considerably challenging to discern how to plant the Gospel seed in such a Gospel-resistant place.

So, I beg to strongly differ that an MEI denotes an urgent moral or American imperative. It doesn't. And the fact that North Carolina isn't sufficiently meeting HRC's demands provides hope that my native state, as well as others, might yet be saved from this growing impious, irregular, irreligious, malady afflicting so many of the nation's municipalities.

Yes, our state's cities are below the ratings of HRC's national average, and that's a good thing!