Rev. Mark H. Creech
Where does forgiveness live in our society?
The way grace and forgiveness can provide a new start 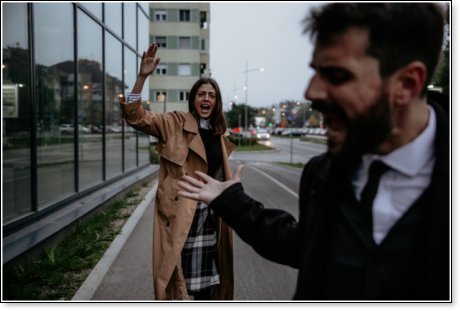 According to the Associated Press, actor Bryan Cranston, best known for playing Walter White on the series Breaking Bad, says he hopes that in 2021 Americans will become more forgiving.

In a short video posted by the AP on Twitter, Cranston opines there is currently less forgiveness in our world. “I think we’re unfortunately in a courser environment. I think our societies have become hard and less understanding, less tolerant, less forgiving.” Cranston asks, “Where does forgiveness live in our society?”

Cranston went on to add that our nation’s current cancel culture creates permanent fences where some people are “in,” and others are “out” and counted as banished, “gone.” He said that there should be a place for forgiveness when people are “contrite” and “apologetic.” “Asking forgiveness and receiving forgiveness are not weaknesses, but are human strengths,” said Cranston.

Our nation is in the throes of the same spirit that characterized the days of the Civil War. Mary Boykin Chestnut, the wife of a United States Senator and Confederate officer, said, “We are divorced because we have hated each other so.” Americans have yet to legally divorce, but we are suffering what is, nonetheless, an emotional divorce. The country is almost split down the middle. The differences are stark and fundamental, and there is little room for making allowances.

One of the most striking scenes in American politics was at the late Hubert Humphrey’s funeral. Humphrey had served in the U.S. Senate and as the 38th Vice President. Seated next to his wife was former President Richard M. Nixon, a long-time political adversary of Humphrey, and already disgraced by Watergate. Humphrey had personally asked Nixon to take that seat of honor.

Three days before the former Vice President passed away, civil rights leader Jesse Jackson visited him in the hospital. Humphrey had just gotten off the telephone with Nixon from his death bed. Jackson asked Humphrey why he had shown Nixon so much kindness and given him such a place of undeserved respectability. Humphrey replied:

“Jesse, from this vantage point, with the sun setting in my life, all of the speeches, the political conventions, the crowds, and the great fights are behind me now. At a time like this, you are forced to deal with your irreducible essence, forced to grapple with that which is really important to you. And what I have concluded about life, when all is said and done, we must forgive each other, and redeem each other, and move on.”

Regardless of what one may think of Humphrey’s politics, his statement on forgiveness and his demonstration of the virtue was nothing less than profound. Moreover, we should draw from Humphrey’s example of how we need to treat each other today. 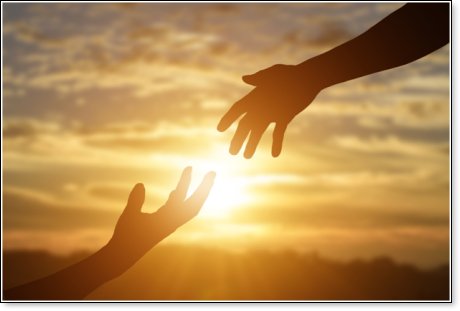 In a sermon on forgiveness, the late Presbyterian pastor of the Tenth Presbyterian Church in Philadelphia, James Montgomery Boice, posed a hypothetical which shows an even greater example of forgiveness:

“Every so often during the summer, we hear of a lifeguard who has rescued some person from drowning, and once in a while of one who has lost his life trying to save a person. Stop a moment and imagine yourself in his position. You are the handsome lifeguard, and a beautiful girl is drowning. Would you risk your life for hers? You are probably saying, ‘I am not sure, of course, but yes, I think I might.’ I agree with you. Many persons would do it or attempt to do it. But now picture in your mind the most contemptible person you know – the one who has wronged you or cheated you, a pervert, a murderer – imagine him drowning. Would you give your life for his? It is not so easy to answer the question this time, for it now begins to show us something of the love of the Lord Jesus Christ for us. That is why the Bible says, ‘Very rarely will anyone die for a righteous man, though for a good man someone might possibly dare to die. But God demonstrates his own love for us in this: While we were yet sinners, Christ died for us’ (Romans 5:7,8). It was while we were hideous to God that Christ loved us and died for us.”

Boice’s comments are a wonderful reminder of what tremendous lengths a Holy God went to forgive each of us of our offenses against him. To whom much is given, much is required.

Being able to forgive others is also dependent on not having a higher view of ourselves than we ought.

George Whitfield was one of the greatest evangelists who ever lived. He was exceptionally upright in character. But when he saw a condemned man headed for the gallows, he whispered these famous words:

Oh, please don’t misunderstand me. The political wrangling must go on. A healthy mistrust is not unwarranted. The fight for saving our Republic from nefarious forces that would make us something other than what the founders bequeathed is wholly necessary. But in this conflict, there must be a place for grace, forgiveness, and civility, even when our own side is either disadvantaged or defeated.

Robert E. Lee, best known for commanding the Confederate Army, is a much-disparaged figure today, which is most unfortunate. Lee was an individual of extraordinary grace. He once said, “I have fought against the people of the North because I believed they were seeking to wrest from the South its dearest rights. But I have never cherished toward them bitter or vindictive feelings, and have never seen the day when I did not pray for them.”

A spirit of charity and forgiveness can free us for a new start in 2021. People who have known God’s forgiveness in Christ should best know how to grant forgiveness to others readily. A hardened society with no place for dissent, no place for the asking or giving of forgiveness, and no room for making allowances, is a culture teetering on the precipice of hell.