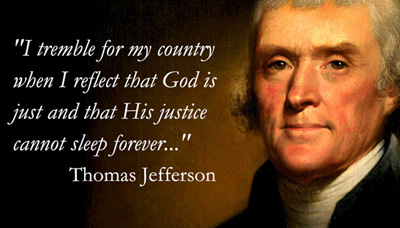 After 48 years of abortion on demand and over 50 years of America on the Pill, is the United States on the verge of an inevitable population death spiral similar to that currently facing Europe, China and the former Soviet Union?

From the latest trends in births, it certainly seems that way. Since 2007, births have been declining by 1.1% a year while abortions have been dropping by 3% a year.

The 1.9% difference between the two trends reflects the success of the pro-life movement in saving lives and discouraging abortion. That is certainly good news.

The bad news, however, is that both trends reflect a decline in the number of young women in their child-bearing years. That's a direct consequence of 59 million abortions since 1967 plus 50 years of America on the Pill.

It's called "the echo effect." Babies aborted and births prevented 20 to 40 years ago are simply not around to give birth to a new generation. And that means a steady decline in new births that could last for years based on a detailed analysis of trends done by our researchers at Movement for a Better America.

Without those abortions a generation ago, births in 2014 would have been 5.4 million instead of the 3.985 million actually born – or 35.5% higher. Add in a million current abortions, and the difference is a shocking 60% higher.

The problem with aggressive population control measures is that they echo down the centuries. They not only prevent a big chunk of one generation from being born, but they also eliminate future children, grandchildren, and great-grandchildren.

And that's what triggers a population death spiral.

The echo effect also gives prophetic meaning to the biblical reference about "visiting the sins of the father on the children, and the children's children, to the third and fourth generation." Exodus 34:7.

Nothing fits that description more precisely than the sin of abortion. America is literally aborting itself out of existence.

The imminent slide into population decline is confirmed by other data. For example, deaths among white, non-Hispanic Americans already exceed births. In other words, our non-Hispanic white population is already in a state of steady decline.

Moreover, deaths will exceed births for the first time in our history for the country as a whole by 2025 – just 9 years away. The same research suggests that by 2050, births will drop by another 1.6 million a year from recent levels.

Meanwhile, death rates are rising because of the aging Baby Boomers – 15% of whom don't even make it to age 65. The leading edge of that group is now 71.

By 2050, 1.66 Americans will die every year for every American who is born, which means a big jump in America's rate of natural decrease. By then, America will be in a population free fall.

There are only two things that can avert this. One is another Baby Boom and the other is even more immigration. Since 1970, our choice has been clear. We've offset 59 million abortions by admitting 61 million immigrants. In effect, we have been giving away the country one abortion at a time.

Judging by the mood of the country, that has to end. If America is to grow, we have to start having babies again the way we did during the Baby Boom. In fact, that was the answer to the birth dearth that occurred from 1926 all through the Great Depression, when America's birth rates were the lowest in our history.

It is time to revise our concept of "ideal family size" from "a boy for you and a girl for me" to larger families with 3 and 4 children. There is no other way to offset today's imminent population death spiral.

Meanwhile, the Muslim world is still growing while America's population is shrinking. That makes this a major, long term national security issue. Abortion can no longer be seen as just a little social issue that we can safely ignore.

The rate of natural increase in 30 leading Muslim countries currently averages 1.9% a year. At that rate, the Muslim population of the world will roughly double from 1.5 billion today to 2.9 billion by 2050 – just when our population decline becomes really acute.

At that rate, their population could double again to 5.5 billion – or half the population of the planet – by 2085. In short, our biggest problem today is not the sporadic terror attacks that we see with increasing frequency. It is the fact that the Muslim world is reproducing and we are not.

If nothing else changes, they'll run the world in 2050 and beyond, and not us. This could happen in Europe even sooner.

Russia and China face the same imminent threat. Both are huge countries facing big population declines that are surrounded by a growing Muslim world. China will face a birth deficit of at least 400 million over the next 40 years, while Russia expects to lose another 43 million people by the end of this century.

The same thing can and will happen here if America doesn't reverse its national policy of easy access to abortion soon.

That's why it is absolutely urgent that pro-lifers make this an issue in the current presidential election campaign.

Until now, even conservative politicians could get away with tepid opposition to abortion, settling for fringe solutions that chip away at abortion rights a few weeks at a time. Half measures fall far short of what is needed to stave off a major crisis.

If the next President doesn't act to stop abortion, it will be a huge victory for Planned Parenthood and the Negative Population Growth (NPG) lobbyists who have been working for decades to bring about just what the data shows is now starting to happen – reduction of the U.S. population to 150 million by 2100.

They call it "sustainable growth," but they miscalculated by totally ignoring the fact that the Muslim world was totally ignoring them. If we don't change, it will be the end – not just of America, but of Western civilization as we have known it for 2000 years.

The Chinese government has shown it is alert to this problem by abruptly dropping its failed 1-child, forced abortion policy. However, China's new policy allowing up to 2 children per family is in fact too little too late. It's certainly not enough to offset the huge population drop they will experience as their large, older population dies off.

In fact, I suspect that China will soon have to adopt a pro-natalist policy that will actually subsidize families willing to have 3 or more children. That's the only way they can make up for the incredible failure of their 1-child policy to achieve the myth of sustainability. Meanwhile, America needs to adopt a pro-natalist policy of its own. Exactly what shape this will take is the challenge we face, but without such a program, it is unlikely that America's birth rates will be restored to healthy levels anytime soon.

This has to begin with the understanding that without healthy families, you can't have healthy communities, or for that matter a healthy, growing economy and a thriving country. The pro-life movement can help bring that about by emphasizing the importance of the family in all of its pro-life educational efforts.

The churches, too, must join in this effort, recognizing that their own future as a vital force in society must begin with a renewed focus on the family as the most important conduit for traditional Christian values from one generation to the next.

The death of Supreme Court Justice Anthony Scalia has sparked a major conflict between the White House and the Republican Senate over his successor. If a pro-life constitutional conservative does not succeed Scalia, the future of the country with regard to our long term population crisis will be in serious doubt.

Meanwhile, Justices Stephen Breyer, Anthony Kennedy, and Ruth Bader Ginsburg are all over 80 or close to it. Their successors will most likely be named by the next president, and they may very well be around for another 25 to 30 years. A court that continues to sustain Roe v. Wade will be fatal to our future.

This guarantees that the current presidential election will be a doozy. Whoever wins it will almost certainly determine whether America has a future at all.

No other election in my memory has as much at stake at this one. It is not a time to retreat into apathy or succumb to what is popular, but to take a stand with courage, faith and commitment to the values our Founders fought and died for.

As Thomas Paine wrote, "These are the times that try men's souls. The summer soldier and the sunshine patriot will, in this crisis, shrink from the service of their country; but he that stands by it now, deserves the love and thanks of man and woman."

He added: "Tyranny, like hell, is not easily conquered; yet we have this consolation, that the harder the conflict, the more glorious the triumph."