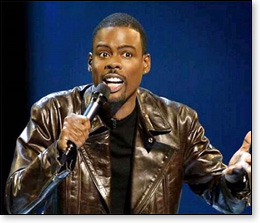 "Like many nice Caucasians, I cried the night Barack Obama was elected," said Raab. "It was one of the high points in American history. And all that's happened since the election is just a sh—storm of hatred. You want to weigh in on that?"

"I actually like it, in the sense that — you got kids?" asked Rock. "Kids always act up the most before they go to sleep. And when I see the Tea Party and all this stuff, it actually feels like racism's almost over. Because this is the last — this is the act up before the sleep. They're going crazy. They're insane. You want to get rid of them — and the next thing you know, they're f—ing knocked out. And that's what's going on in the country right now."

As a black Tea Party patriot, I was asked to reply to Rock's comments.

A Bible parable speaks of a rich man who is suffering in hell. He sees Lazarus in paradise and pleads with him to send someone to warn his brothers so they will not suffer his fate. The man is told such an effort would be useless. His brothers will not believe.

I am convinced there are poor souls, black and white, who are so consumed with their own prejudices and "mind numb" liberal mindsets, they will never believe the truth about the Tea Party or Obama.

Is Chris Rock a racist, mind numb, liberal ideologue? I do not know. Perhaps, he is simply ill-informed regarding the true nature of the Tea Party.

However, given Rock's high profile platform, his unfounded and undocumented accusation that millions of white Tea Party patriots are motivated by racism against a black man is extremely irresponsible, divisive and racist.

Typical of youths, Rock's many young fans are probably not intense followers of politics. So, if Rock says the Tea Party is racist, in their minds it is gospel. The Bible says, "To whom much is given, much is required." Given who he is, Rock had a responsibility to invest a little research before disparaging millions and planting seeds of hate in the minds of his fans. Chris blew it.

Chris Rock's absurd remarks about the Tea Party Movement are totally in keeping with ill-informed blacks that only get their news from the left-wing media. 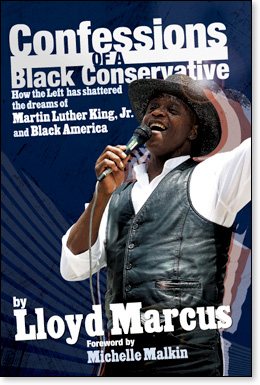 Obviously, Rock does not have a clue what the Tea Party Movement is about. The movement has nothing to do with race and everything to do with principles, values, liberty and freedom.

Rock's ignorant comments confirm the importance of spreading our message to the black community. Kudos to the Black Tea Party.