April 13, 2016
Nowhere is it written that America will always remain free. In fact, Thomas Jefferson and other founders warned about threats to our freedom. Jefferson noted that the price of freedom is eternal vigilance.

Liberty does not exist in a vacuum. Signs of the erosion of freedom in our time surround us:

*Political correctness muzzles the free expression of ideas if they contravene liberal orthodoxy.

*God, the source of freedom, is not allowed in public schools and pity the teacher who references Jesus, even as an historical figure. This is brought home powerfully in the new movie, "God's Not Dead 2."

*North Carolinians can't even pass a law saying that men can't go into the ladies room without experiencing the full wrath of big business, a consortium of rock stars, and the Hollywood left.

The reminder of the high price of freedom was brought home to me dramatically the other day. In Marathon, Florida, I came across a rickety, small home-made "boat" with a sign in front of it, stating: "In April 2013 this homemade craft arrived from Cuba after 4 days at Sea carrying 17 people including five children."

Marathon is 303 miles from Cuba. Imagine people so desperate they would risk everything, including their children's lives, to breathe free – so that maybe, just maybe, they could get to experience what we enjoy here in America – for now.

Apparently, neither the plight of such people nor the plight of dissidents in the "worker's paradise" came up in President Obama's recent historic visit to Cuba.

This is not a column about our porous borders. This administration is defying the laws on the books that would protect our national security. The president promised to "fundamentally transform" our country, and tragically, for virtually everyone, he is succeeding.

Nor is this a column to be construed as an endorsement for any particular candidate, as in Ted Cruz. (Though by way of full disclosure, he is my favorite.)

Recently, I got to interview with Rafael Cruz, the father of Ted Cruz, who has written a book, A Time for Action.

Raphael Cruz told my radio show how, initially, like so many other Cubans, he had had high hopes for Fidel Castro and the revolution. They were sorely disappointed.

Rafael Cruz knows firsthand what it is like to lose one's freedom. He also knows the link between God and freedom, as well as the opposite – remove God and you remove the source of freedom.

He said, "The whole concept of the attack on religion that we see in America today is precisely with the same objective – to have people not be dependent on God, not to rely on God, but to rely on almighty government."

Rafael Cruz tells a story where the soldiers of Castro would teach the children to not believe in God, but instead to believe in Fidel. Soldiers would come into a kindergarten class and tell the children, "Okay now, close your eyes and pray to God for some candy." The children would comply, but there was no candy.

Then they would say, "Close your eyes and pray for candy to Fidel Castro." The children would close their eyes and pray accordingly, as the soldiers quietly placed candy on the desks. This was an exercise to show the children they should trust in Fidel and the government and not in the Lord.

Meanwhile, as freedom-loving Cubans resisted the forced implementation of Communism on the island country, many people were lined up and shot in firing squads. This included many Christians – so many of whom would shout in Spanish "Long live Christ the King," that, after a while, they would be gagged before shot.

What Judeo-Christian principles could be found in the Declaration or the Constitution (which is predicated on the Constitution)? Simple: Our rights come from God and no other source. In fact, government becomes unlawful when it interferes with those God-given rights. That's the essence of the American experiment.

This is an experiment in organized liberty – liberties we are beginning to lose. As Jefferson put it: "Can the liberties of a nation be secure when we have removed a conviction that these liberties are the gift of God?" 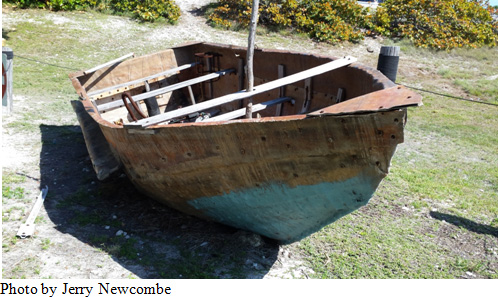