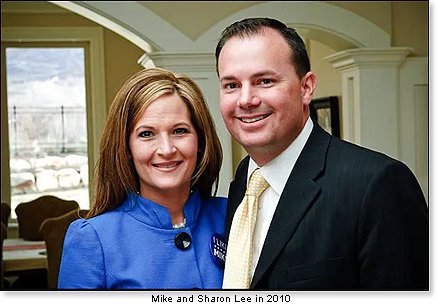 As informed Americans are fully aware, the 2022 midterm election is one of the most important in our nations history.

Of course, the bicyclist-in-chief's undisputed tenure as the worst, most damaging president in our history is not itself something voters can opt directly to correctsince Biden himself will not be on the ballot. But his continued opportunity to do mischief is definitely on the ballot. Should the leftist Dems lose their narrow control of both Houses of Congress on Nov. 8, Biden's grip on the levers of power will be substantially diminished and America's voters will win a critically important victory over those forces actively seeking to destroy our country

Make no mistake, that is exactly what is at issue this election.

So VOTE!and vote for the best CONSERVATIVE Republicans you can find.

Two conservatives who deserve your vote

It also means allowing Sen. Lees former deputy state directorCommissioner Bill Lee, another staunch conservativeto retain his seat on the Utah County Commission, bearing in mind that Utah County has long been one of the nations most conservative counties, as indicated by voting patterns, despite nonstop progressive attempts to undermine that unique demographic.

Dont be fooled by the deceptive tactics of a coalition of moderate Republicans, aggressive Democrats, and Never Trumpers who are working hard to replace Mike Lee with a less divisive (writ: less conservative) senatoror the similar tactics of a group of progressives who want to install a less committed conservative than Bill Lee to the influential Utah County Commission.

As conservative Utah goes, so goes the nationin countless ways. Do your part to hold Biden and his handlers in check by returning Mike Lee to the U.S. Senate, and his colleague Bill Lee to the Utah County Commission.

If you live in Utah, use your vote to make a difference. Right now, our nations future hangs in the balance like never before, and your vote is clearly needed. The primary is June 28, and the general election is November 8. Dont forget to vote.

As you consider your vote, you might want to keep in mind at least the following key facts:

Click here for links to articles that illuminate the main issues in the re-election campaigns of Senator Mike Lee and Commissioner Bill Leeand the often-deceptive, or at least misleading, opposition they face.

And be sure to visit the candidates websites:

Click here to see three outstanding videos of Mike in action. All three underscore Mike's dedication, knowledge, and skill in advocating for the constitutional rights and rightful opportunities of his constituents.

The first was recorded March 26, 2019, and features Mike candidly exposing the Dems' unworkable plan for dealing with exaggerated hysteria about so-called "climate change."

The second was recorded June 23, 2022, and shows Mike addressing the Senate in response to proposed gun-control measures a group of senators are hastily pushing in the wake of the Uvalde shootings.

The third was likewise recorded June 23, 2022, and gives a detailed account of Mike's successful efforts to alleviate the nation's baby formula crisis.

If you find this election primer helpful, please share it widely. Send it to everyone you know who has connections inor withUtah. And no matter where you live, consider a contribution to one or both of the spotlighted conservative candidates.

(RenewAmerica, which was founded in 2002, is a not-for-profit enterprise that exists solely to educate, inform, strengthen, and mobilize grassroots Americans in the cause of preserving our republic. It is registered with the State of Utah as a non-profit corporation with the sole right to use the name RenewAmerica in the world of commerce and communication in connection with the state.)

Stephen Stone is the President and Editor of RenewAmerica – a conservative media site dedicated to restoring respect for America's founding principles.

This purpose includes not only respect for the Declaration of Independence and the Constitution, as written, but for the Creator and His laws.

From the time he was a teenager, Stephen has considered himself a born-again Christian, in the biblical tradition. Since then, he has devoted his life to pursuing life's questions and challenges through seeking to know the mind and will of God, and through seeking the sanctifying influence of His Spirit.

As a result, Steve has become somewhat of a religious philosopher – one committed to approaching the truth of any subject by the clear standards of God's Word.

His religious testimony can be found in "What does it mean to be converted to Jesus Christ," a position statement he wrote for RenewAmerica.

November 10, 2014
Will Obama be impeached now that Republicans control both houses of Congress?