I voted third-party in the 2016 presidential election. Quite frankly, I couldn’t bring myself to vote for either Hillary Clinton or Donald Trump in that race.

As a conservative Republican, voting for Hillary was never a consideration to me, but in 2016 I was also in the “Never Trump” camp, and was quite vocal in my opposition to Trump’s candidacy. In fact, as a delegate to the Republican National Convention that year, I assisted in an effort to replace Trump as the Republican nominee for president. At the time, I was dismayed that Donald Trump, a man I saw as an overly ambitious celebrity with obvious character flaws, was potentially going to become President of the United States. 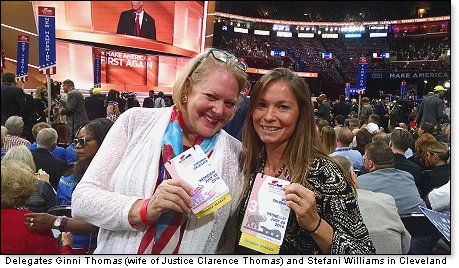 I’ve worked in politics since I was a teenager, and over the years I’ve seen countless candidates profess to be conservative when they really weren't, who took up liberal causes once elected. I’ve also seen candidates who were previously liberal claim an "epiphany” that changed them into a genuine conservative not long before announcing their candidacy as a Republican, who turned out to be a serious disappointment. So when Trump—who was once a Democrat—spoke in conservative overtones on the 2016 campaign trail and made all sorts of promises that the Republican base love to hear, I had no inclination to take him at his word, especially since he had no previous record that could back up his rhetoric. I thought he was merely pandering to get elected.

Like most people, I believed the 2016 polls that showed Hillary winning the election and was thoroughly stunned that Trump pulled off a surprise victory. But after he won, I decided to give him a chance. I've been pleasantly surprised by what he has done as president. Don’t get me wrong: his tweets and—at times—childish mudslinging do not impress me, but most of his policies as president do. I especially appreciate his pro-life actions, since protecting the innocent life of the unborn is paramount to me. And he has shown resilience under incredible pressure and unprecedented scrutiny from liberals and the media, alike. No other president in American history has had to endure the amount of hostility or verbal assault that Trump has. These relentless and usually unfair attacks have actually made me more inclined to support President Trump.

It has become clear that liberals and many in the “mainstream” media are determined to transform our nation into a socialist “utopia” by virtually any means, and Donald Trump stands boldly in their way. This obvious fact calls to mind President Ronald Reagan's pivotal speech "A Time for Choosing"—the speech that propelled Reagan onto the national political stage in 1964.

October 27 marks the 56th anniversary of that speech. If ever there was a “time for choosing” laid before the American people—one that will decide the direction of this country for years to come—it’s this year’s presidential election. Who Americans elect on November 3rd will determine whether we continue to embrace the ideas laid out by Reagan and the founders of our nation, or embark on a disastrous socialist future.

I beg my fellow Americans to focus on the broader issue at hand by looking past President Trump’s personal flaws and choosing liberty and the American Dream.