March 9, 2011
I have been asked to assist the movement to defund Planned Parenthood, by appealing to Tea Party organizers and activists, and to primarily fiscal conservatives. Perhaps you can spend a few moments to join me. Would you consider emailing this to those within your reach, today? Also, you are free to re-post this in whatever forum, blog, or other venue. Even moderates and liberals should have the information I hope to convey. 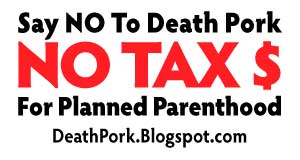 Election after election, Planned Parenthood spends millions promoting the worst of the budget bursting, radically progressive politicians. And each time, they use our own tax dollars against us. Oh, they say the funds are restricted, but we know federal subsidies mean they can use much more money on elections.

This is a critical and definitively fiscal issue. This is the worst kind of the spending abuse our Tea Party rallies to fight.

We know that overall, Planned Parenthood is ACORN, is SEIU, is Media Matters, is Organizing for America, is Democratic Socialists of America — they operate in goose step — but for PP, our tax money is blood money, and their methods are racism, eugenics, and child abuse, even to the length of supporting child trafficking.

And no true tea party patriot wants our money confiscated to fund the corrupt abortion machine revealed in undercover videos. Lila Rose' Live Action shows Planned Parenthood consistently willing to perform abortion on minors, even in child sex rings, who are statutorily raped and brought in, to destroy the evidence.

Ms. Rose, Rep. Michelle Bachmann, and others have appealed to the Tea Party, to help.

This is our chance to stop this progressive death pork. There is no time to lose. The Pence Amendment must pass both Houses of Congress within this current Continuing Resolution. We ask you to take these basic steps in our Defund Planned Parenthood Flash Campaign:

We believe you understand something else. This presents a very important means of assuring cohesiveness in the Tea Party — Liberty — Sovereignty movement. We can generate the power of unity in this critical matter for both fiscal and social conservatives, as we all prepare to work together for 2012. So, rally your fellow patriots with us, as soon as possible!

Also, please email me at ArlenWilliams@GulagBound, to let me know you are on board, or to discuss our simple Flash Campaign.

We will not let this opportunity pass. Will you join in and make the difference?

In your service and along with Christen Varley, Jack Cashill, Anita MonCrief, C. Steven Tucker,

all at Gulag Bound, and the great, growing number of organizers and activists,

custodian for a Tea Party appeal, short bio at Death Pork for your comfort

See who they back:

The money they get from us:

More about how they are using their (our) money: 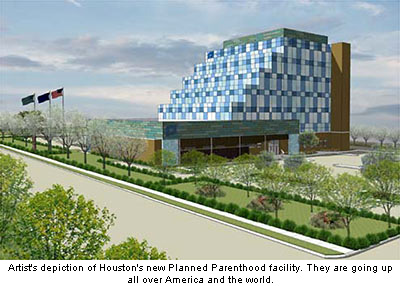