February 6, 2012
Presented to those interested in news of a spiritual kind

Hal Lindsey wrote one of the best selling books of recent decades, The Late, Great Planet Earth, published in 1970, not long after the Six Day War of 1967. By it, he took the lead in popularizing comparisons of recent historical events in Israel and the Mideast to Bible prophecy.

While Christians differ on their interpretations of the Bible's end times prophecy (eschatology) Lindsey has posited a somewhat popular model. It features a rapture of the saints (Christ's born again believers, drawn directly to Heaven). This, it is believed by many, is to occur shortly after God defends Israel, in an attack by numerous nations, led from lands the ancient names of which describe present day Turkey, and/or some say Russia. That is described in Ezekiel, chapter 38. These events are presented by Lindsey and others as to occur just before the advents in close succession of the Antichrist, a seven year Great Tribulation culminating in another war against Jerusalem (Armageddon) and the Second Coming of Christ.

He presents a weekly program, The Hal Lindsey Report, broadcast on television and online (halllindsey.com) wherein he often relates leading edge news from the Mideast, including that from sources within Israeli government and perhaps intelligence circles. He is a meticulous researcher and analyst of current events.

This episode however, from presumably a recent Autumn, is a message of the requirement of faith, for those faced with great challenge, based directly upon the historic revelations of the Bible.

We have a great challenge. We need greater truth, and faith to match.

Israel was designed by God to be a divinely informed republic. The people rejected that plan and asked for a human monarchy. God gave them Saul, who failed both God and Israel by disobeying the prior. Knowing this would occur, God also prepared a new king, one the Bible said was "a man after God's own heart."

This king, also very fallible, sought repentance (turning, to God) after his own sins and was granted a dynasty, the lineage of which lead to Jesus the Messiah, about whose astounding sacrifice David himself prophesied, in the key Twenty-Second Psalm.

God used the life of David, in part, to demonstrate what victory is had by God himself, granted those who desire and seek him, and obey him in faith. America's founders studied these things, before, during, and after they produced a new miracle of Popular Sovereignty, acknowledging the ultimate and applied Sovereignty of God; the acknowledging of this, in turn, is rightly called American exceptionalism.

A rallying cry of the American Revolution was, "No king but King Jesus!" By that, patriots meant, as they were free moral agents divinely guided by Jesus, Sovereign God come as man, "the author and finisher of our faith," as his Holy Spirit inspired in the Scriptures, they should be free of earthly strictures by the artifice of man, which inhibited the free exercise of their own godly inspiration.

While there are sundry interpretations of Biblical eschatology, Jesus told his disciples that even he did not know the day nor the hour of his promised return. We see, God desires us to look to him, not to events, for our salvation, and to receive from him what truly transcends — down to us — and divinely transforms. Then, as Peter wrote, yielding to the Lord Messiah, to whom David and others looked forward, we actually become "partakers in the Divine Nature" of Jesus (that name is, God Saves.)

Then, while he wants for nothing, God yearns with perfect severity for us to boldly apply our faith, by action in accordance with his Word. 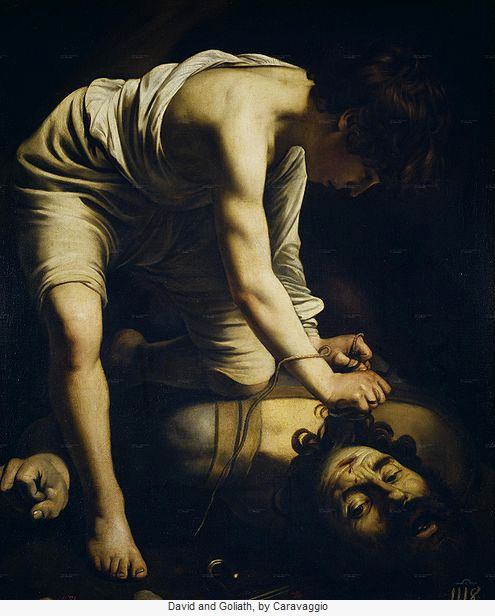 That is how perfect victory is gained.