Arlen Williams
Marxist president's military exercises in these U.S. cities; yours one?

February 3, 2013
Please share this with your local neighbors – and any fellow Americans. Permission to copy granted**

All these unprecedented military exercises in our urban areas, are they even legal?* 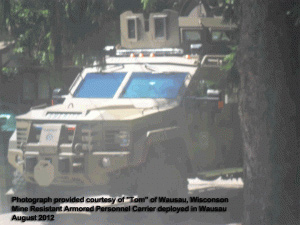 Someone like you and me, a concerned (sovereign) citizen of the USA, took the bull by the horns to collect and collate the published accounts of them.

They are so pervasive that it looks less and less like training exercises for the purpose of letting our military become familiar with operating in urban areas overseas. It has begun, by the signature of the behaviors themselves, to seem more and more like exercises for the following purposes.

To:
And to confirm just how it looks, those military exercises are, in at least some cases, being made jointly with police forces. It would be silly to think that even the Obamunist DHS would try to send our police overseas. They (our government) do purport something about a reason for some of this. They say it is for disaster preparation, nuclear war, for example – even as they target as "suspected terrorists" those "preppers" who prepare for disasters. "Go figure."

So now, We the People have to do just that: go to the information and figure out what it means, together.

Here is the list in Facebook, compiled by my new friend, Nanette White, who publishes Michigan's News & Views. Below it, we re-publish the Gary Franchi interview with Dr. Jim Garrow, of January 23rd, which attests to key military officers being asked whether or not they will fire on U.S. Citizens who refuse to give up their firearms. 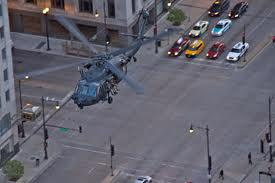 Did I miss any?

"Gun control advocates say deadly assault weapons have no business being on the streets of America.

But, apparently, those same people who would restrict you of your ability to defend yourself have no objections to fully loaded military gunships flying over American population centers..."

So Why Have Military Helicopters Been Flying Over Miami? We Explain, Plus See the Videos: http://www.theblaze.com/stories/2013/01/28/so-why-have-military-helicopters-been-flying-over-miami-we-explain-plus-see-the-videos/

Army to use old jail in Galveston for training exercises today: http://abclocal.go.com/ktrk/story?section=news%2Flocal&id=8973256

Military exercises in Worcester a surprise to residents, including the local police?

"...On Thursday, August 2, 2012 there was a military exercise in downtown Worcester, MA, the second largest city in New England after Boston. Chris Robarge, ACLU of Massachusetts field organizer for central Massachusetts, lives in Worcester and witnessed what he describes as a terrifying raid..."

City counsel meeting – the mayor wasn't even informed of this drill: http://www.youtube.com/watch?v=owtzqY8biTU

Why Were Low-Flying Military Choppers Darting Between Chicago Skyscrapers?: http://www.theblaze.com/stories/2012/04/17/why-were-low-flying-military-choppers-darting-between-chicago-skyscrapers/

Military Training Exercises to Take Place In and Around Boston: http://www.cityofboston.gov/

US Military to Run Urban Exercises in North St. Louis – Residents Hope It Will Cut Down on Crime: http://www.thegatewaypundit.com/2012/06/us-military-to-run-urban-exercises-in-north-st-louis-residents-hope-it-will-cut-down-on-crime/

'We Have Never Seen Anything Like This Before': Beck & the Military Weigh in on Army's Public Training Exercises: http://www.theblaze.com/stories/2012/07/10/we-have-never-seen-anything-like-this-before-beck-the-military-weigh-in-on-armys-public-training-exercises/

Obama to Top Brass: Will you fire on American Citizens? [GB: shown below]:

"World-renowned educator and human rights activist Jim Garrow says that the source, man regarded as "one of America's foremost military heroes," told him that President Obama is using a new litmus test for "determining who will stay and who must go" among top-ranked military leaders. That test is whether they will fire on US citizens or not. Garrow says that his source made the disclosure in order to "sound the alarm" over the administration's plans..." https://www.youtube.com/watch?v=kzT6X3_Bg9o

Report: Washington Didn't Even Tell Marine Gen. He Was Being Replaced: http://www.theblaze.com/stories/2013/01/25/report-washington-didnt-even-tell-marine-gen-he-was-being-replaced/

Gen. Stanley McChrystal (forced to retire): I Never Thought I'd Be Accused of 'Disloyalty or Disrespect': http://cnsnews.com/news/article/gen-stanley-mcchrystal-i-never-thought-i-d-be-accused-disloyalty-or-disrespect-0

Gen. James Cartwright, maverick who 'jolted the system,' is honored at Marine Barracks

"...Cartwright had a reputation for his analytical prowess, but also for his independent streak. A willingness to challenge the conventional wisdom inside the Pentagon earned him critics, some of whom waged a concerted campaign to lobby President Obama to bypass him as chairman of the Joint Chiefs..." http://www.washingtonpost.com/blogs/checkpoint-washington/post/gen-james-cartwright-who-jolted-the-system-is-honored-at-marine-barracks/2011/08/03/gIQATlegsI_blog.html


I found this on [Pittsburgh] PA, but it looks to be more normal to me.. no blackhawks, etc. http://triblive.com/news/adminpage/2799607-74/planes-walleck-911-base-including-landmarks-photos-flight-military-photo#axzz2JR3j4xsx 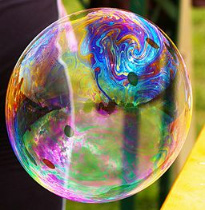 And I will add a related, goose-bumping item that just bubbled up, as I have been preparing this article:


The world has become one monstrous economic bubble bath right now. At any moment the super-corrupt, global central banking system has any number of means of setting off a bubble-breaking chain reaction that would potentially throw the United States of America and much of the world into chaos. It is labeled "mutually assured economic destruction," by the intelligentsia of the elite.

History in the 20th Century and at least as far back as the Illuminist-seminal French Revolution has shown us that Marxists/fascists (including the likes of front man, George Soros) need massive "disruption," as Frances Fox Piven calls it, in order to foment their revolutions. Marxism is not called "conflict theory" in vain and the hungrier, more desperate, and more embittered their manipulated revolutionary "proletariat," the better. And to borrow a phrase from Hillary Clinton, "what difference [would] it make," whether the ensuing martial law is feigned to be on the side of the rioters, as it is in a classic Marxist revolution, or those seeking security from them, as it might be seen in a more fascistic revolution? Either way, the end result is the same: the iron-fisted grip of collectivist authoritarianism.

The reader may need to take a deep breath for more reasons than one. A long question is coming, next.

Without this being quite a complete "big picture" list...
...it all points in what direction, from where we have been for 237 years? 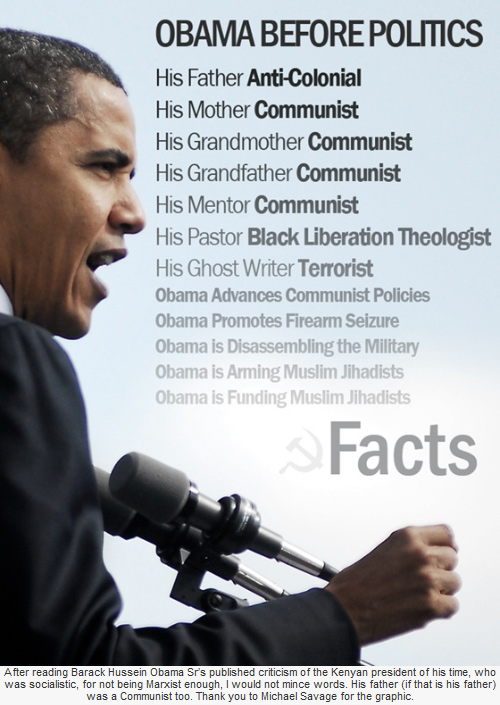 State control is the goal and as is demonstrated in China and Russia, the statist corporatism which was the heart of the 20th Century's fascism is now the neo in neo-Marxism. Whether one calls it Marxofascism, or globalist crony capitalism, or the "New World Order" as communist collaborator, John Kerry did in his Secretary of State confirmation hearings, or as Barack Obama referred in his second inaugural, a bridge from the Declaration principle (of popular sovereignty and subservient government) into collectivism... there is only one direction to go, from freedom.

Are we asking our members of Congress this question? – and our local sheriffs?

And any family and friends in our military and law enforcement services – are we asking them if they are Oath Keepers?

The same with veterans, are we asking them if they know about Veteran Defenders of America, for instance?

And are we informing our neighbors, individually, or organizationally?

And how about that Second Amendment and its first six words?


A well regulated Militia, being necessary to the security of a free State, the right of the people to keep and bear Arms, shall not be infringed.


More about that, soon.

One last thought before the video – is this part of the reason for the out-of-the-blue announcement of women now being readied for combat situations? Are the Obamunists preparing to prop up America's own young ladies to be among those facing or aggressing upon our very citizens? Just think of the ramifications, there. Consider the warped mentality of this regime.


Video: "Obama to Top Brass: Will you fire on American Citizens?"