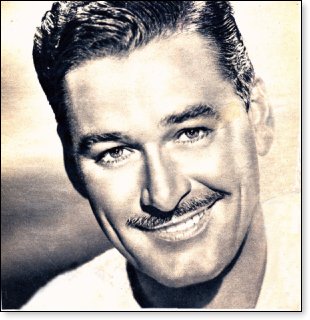 Errol Flynn is probably the most famous and beloved Hollywood star of all times. He's been dead 60 years. But a gushing fan on a tumblr page recently needed all these superlatives to describe him: Errol Flynn, the most charismatic, talented, magnetic, handsomest, compelling, captivating, charming, delightful, enigmatic and fascinating man ever alive!

He was dashing, tall, a natural athlete. A friend noted that no one ever took a bad picture of Errol Flynn. Six-foot-two,190 pounds, good boxer, excellent fencer, skilled dancer, he loved sports and especially sailing. He was Captain Blood and Robin Hood. He played many a military hero and led the Charge of the Light Brigade.

The amazing thing is that the leading man on the screen was not faking. Everything you see there was Flynn. He was a daredevil, scoundrel, and adventurer, brave and reckless, a thief and a liar, perhaps a murderer and rapist. Great company, always charming, he radiated confidence and good cheer. He especially loved women, lots of young women. He was determined to live life fully, to do what he pleased, and never care what other people thought. He spent the last year of his life on a sailboat with a great-looking high school girl, Beverly Aadland, who seemed to be in love with him.

After a 25-year run as an international star, Flynn dropped dead in 1959 at the age of 50. He was often in pain from various injuries, and often depended on alcohol and drugs for escape. But he looked good until almost the end, even though his internal organs were wasted. The final medical reports are shocking.

Even when performing his first movie role in 1935, age 25, he was sometimes knocked to the ground by intense pain due to recurrent malaria first contracted in New Guinea in the 1920s.

By 1942, the rot was well advanced. Flynn tried to join the army, which was expected of a male celebrity after Pearl Harbor. He was rejected as 4-F. His physical exam showed he had, in addition to the malaria, an enlarged heart, cardiac problems, chronic back pain, chronic tuberculosis, and various venereal diseases.

In 1952, he was seriously ill with hepatitis resulting from liver damage, caused by his addiction to alcohol and drugs. But Flynn was still taking movie roles and living the same triumphant physical life.

Eight years later, he was dead and so completely consumed inside there was no point trying to pick a cause of death. The doctor thought everything was dying. "Natural causes" was the verdict.

Flynn was a mess, not at a glance but throughout his system, not so different from our public school system.

Fatty degeneration of the liver

Portal cirrhosis of the liver

Diverticulosis of the colon

As I read Flynns problems, I realized how much he was like our public schools, often very attractive on the outside, but suffering for many decades from cirrhosis of the liver, educationally speaking. Rotten, as they say, to the Common Core.

The list of K-12 pathologies is even longer than Flynns:

Systematic cheating and purchasing of essays

You can't see any of this rottenness when you drive by the school or walk down the central hallway. But when you read the NAEP (National Assessment of Educational Progress) scores that never improve; when you look at the vast budgets that don't buy much; when you reflect on the anecdotal evidence suggesting how close to absolutely nothing our high school graduates know; or when you stare into the empty, dispirited eyes of the students, you experience the decay in the system.

Beverly Aadland probably saw the same thing, in their last months together, as Flynn died on the inside.

For a short article on why our K-12 is comparable to Flynns autopsy report, see The War Against Children. For a book making the same case, see Sam Blumenfelds Crimes of the Educators.