Judi Caler
Who has the power to do what at an Article V Convention?

"The Congress, whenever two thirds of both Houses shall deem it necessary, shall propose Amendments to this Constitution, or, on the application of the Legislatures of two thirds of the several States, shall call a Convention for proposing Amendments, which, in either Case, shall be valid to all Intents and Purposes, as Part of this Constitution, when ratified by the Legislatures of three fourths of the several States [mode #1], or by Conventions in three fourths thereof [mode #2], as the one or the other Mode of Ratification may be proposed by the Congress..."

So, there are two ways to propose Amendments to the Constitution:

1. Congress proposes them and sends them to the States for ratification or rejection; or

2. When 2/3 of the States apply for it, Congress calls a convention.

All our 27 existing amendments were proposed under the 1st method: Congress proposed them.

We have never had a convention under Article V.

So what's the Truth? WHO has the power to do WHAT?

The Constitution grants only the following powers to four different bodies regarding an Article V convention:

But what are convention proponents telling State Legislators? 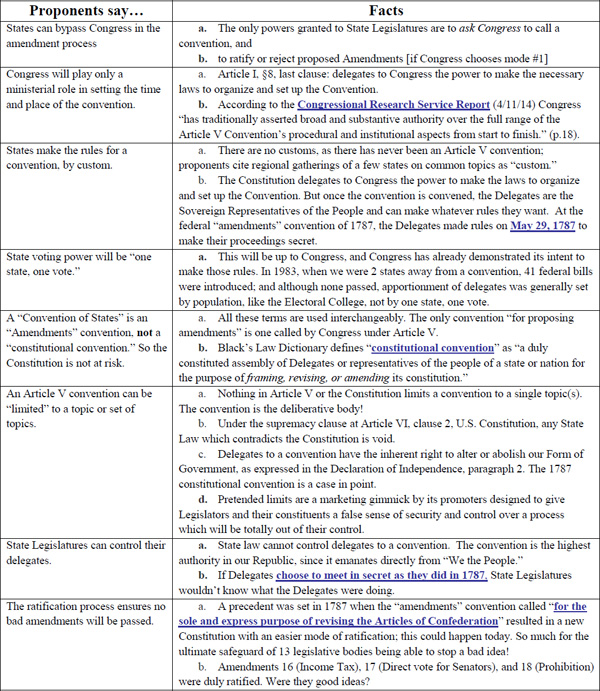