June 14, 2018
On Sunday morning June 10, 2018 I discovered a bloody severed skunk head on my back deck. It was not there at 11:00 pm the night before when watering the flowers, so it was likely placed there by someone under cover of darkness during the night. 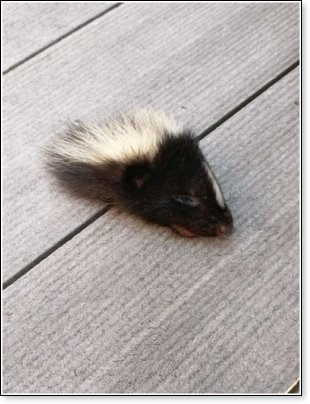 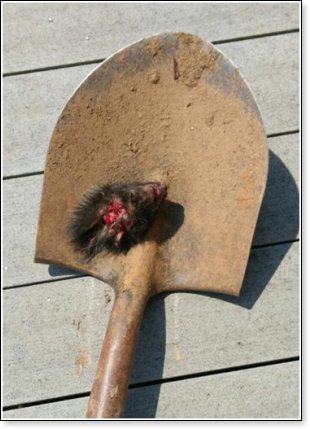 Several years ago four small cherry trees were cut down near the ground line with a sharp instrument, killing them. Last year our old and venerated tree house was cut down, saw marks evident in the timbers, half now lying in ruins in the dry streambed behind our house. 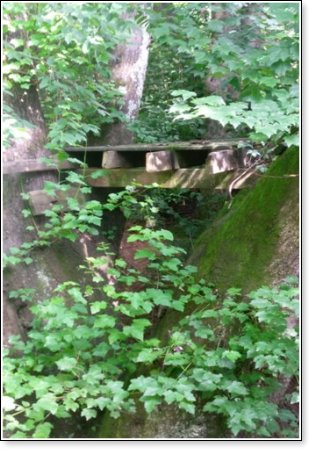 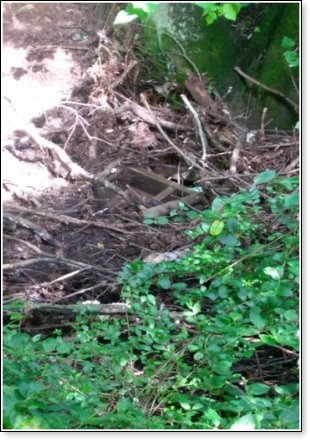 I am a traditional patriotic conservative American, and write essays for conservative websites such as American Thinker, Family Security Matters, and RenewAmerica, and have just published a book entitled "Restoring the American Mind" which expresses Modern American Conservative, i.e.: Classic American Liberal, analysis and opinion. Some Americans have disgustingly descended into a Mafia-like Fascist suppression of conservative thought and opinion which, as I grew up in a sane environment of common sense, was endemic, respected and encouraged, and never publically opposed or met with bigoted intolerance, coercion, threats of violence or actual violence. Things have now changed for the worse. Consider these cases of coercion, threats of violence and murder against Patriotic American Conservatives: here, here, here, here and here.

One does not have to be a rocket scientist to see an accelerating pattern of property invasion, property damage, and a no so subtle threat of violence or murder, so I have reported this to the Sheriff of Knox County, TN. Hopefully a police investigation, and a higher level of police protection for my family, will soon follow. Since I have had no personal conflicts socially or at work, I am asking all of my friends and neighbors to help me protect my family against what may be a threat of politically motivated coercion and violence. If you have any information about this Fascist coward, or cowards, operating by night, please call the Knox County Sherriff's office at 865- 215-2243 or 865-245-2444.