Rev. Mark H. Creech
Don't be the prodigal son or the elder brother 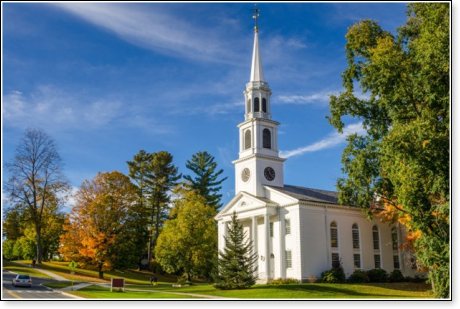 Perhaps the most sublime of Jesus' parables is the one about the prodigal son (Luke 15:11-32). Wanting to get away from home and spread his wings, a young man seeks his inheritance early and leaves. He wastes his money on an extravagant and dissolute lifestyle and becomes bankrupt both morally and financially. No self-respecting Jew would ever have anything to do with swine if he could help it. They were considered unclean. But this prodigal was reduced to such desperate straits. Then one day, he comes to his senses, goes home in repentance, and his father forgives and fully restores him.

Most of us understand this part of the story – its where most of the emphasis is placed. Still, Jesus also describes in this same parable, the elder brother. He's also a prominent figure. Some scholars even say this parable should be called the parable of the elder brother.

When the elder brother learns of his younger brother's return and the big celebration going on over it, he's not too happy. He's full of resentment and tells his father, "Look! All these years I've been slaving for you and never disobeyed your orders. Yet you never gave me even a young goat so I could celebrate with my friends. But when this son of yours who has squandered your property with prostitutes comes home, you kill the fattened calf for him!" (Luke 15: 29-30).

J. Wallace Hamilton, in his classic Christian book "Horns and Halos," has said, "these two sons are illustrations of two different kinds of sin – the sins of passion in the younger and the sins of disposition in the older."

"It is notorious how we see-saw between these two disfigurements and pit them against each other, excusing one or the other according to which happens to be our own particular weakness," writes Hamilton. "It is popular in the movies, for example, to glorify the younger prodigal, glamorize his escapades and make his sins quite attractive and exciting. We have some writers who just love to poke fun at Puritan convictions; they make a point of picturing the broadminded virtues of breezy Bohemians against the narrow meanness of stuffy churchmen and pious parsons; they leave the impression that the most charitable, likable people are the irreligious, who have thrown away the Book, and that, after all, the sins of the flesh are really quite harmless and of minor consequence. Drunkenness is such a peccadillo, gambling is not anything, and neither is profanity. As for sex expression, anything goes; marriage is a social convenience. Tolerance – that's the virtue! Just be good to your old grandmother and your kindheartedness will cover all your moral and minor irregularities."

Isn't this where much of the country is today?

"Anyone who can defend the moral corruption of our day in the name of tolerance or broadmindedness, who can look without concern on the misery that follows in the wake of lust and liquor and the disintegration of decency, is a lopsided person whose eyes are clouded and whose moral sensitiveness is all but dead. We should never excuse the prodigal," adds Hamilton. "On the other hand, we must deal with the elder brother too, and it should be frankly confessed that the emphasis of the Church has been lopsided in this direction. That is, the Church has attached more guilt to the sins of passion than to the subtler sins of disposition."

"That brings us to the final word, and it is disturbing. Boil down the sins of this bad-tempered elder brother, and you can label him with one word – 'lovelessness,' admonishes Hamilton. "Respectable as he was, he had no love in him; he lacked the one thing without which, Paul said, all other virtues are worthless – 'as sounding brass or tinkling cymbal".... The elder brother had no love in him."

Here's the rub, and it's a scary thing to think that we are so vulnerable to developing this egregiously sinful temperament. For those of us who stay at home, so to speak, keep the rules, and live an upright life, it's easy to develop a smug stuff-shirt morality. Christians can develop an air of contempt and even hostility toward people who've been living far from God, the Father.

"I came to seek and save the lost," said Jesus (Luke 19:10). He commissioned us to the same. People may never be found unless we genuinely care about them. We have to love them as the Father loves them. Although we should be deeply disturbed by the way they live, we still should say, "But for the grace of God, there go I."

In the early 90s, some Indian farmers in New Delhi protested the government of India's plans to import three million tons of Dutch dung to be used for farm fertilizer. Indian farmers were incensed, arguing that there surely was no shortage of cows in India. And dung from Indian cows was not tainted by pesticides.

So in protest, these Indian farmers rolled six ox carts piled high with top-quality, home-grown dung right up to Parliament's door. They told the legislators, "Our dung is better than their dung!"

When we develop the spirit of the elder brother – prideful, self-satisfied, self-righteous, without compassion, legalistic, ungracious and unloving – we are no less sinful than the prodigal. We simply have convinced ourselves that our dung is better than their dung.