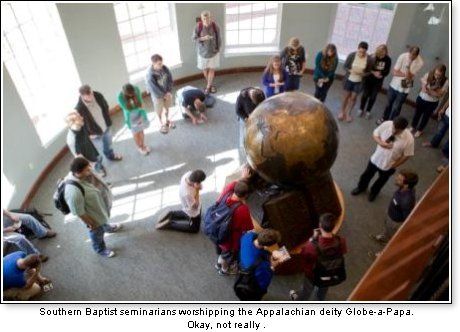 Undeterred by historical and anthropological fact, logical reasoning, sound theology, or basic human decency and the demands of Christian charity, the once-noble news outlet LifeSiteNews (for which I wrote a few articles some years ago) has doubled down in recent weeks on its #FakeNews "Pachmama idols in the Vatican" narrative.

Since publishing my essay on the manufactured controversy, "No, 'Mother Earth' Is Not Pagan," I have been bombarded by numerous responses, just about evenly split between those who appreciated it and those who continue to insist that the now-infamous images prominently displayed during a prayer service in the Vatican City Gardens, and later in the church of Santa Maria in Traspontina, were pagan idols and were adored as such. I responded to a few of the latter, asking them to document their assertions, but naturally none couldn't, and I was met with various replies, nearly all to the effect of, "It's idolatry until proven otherwise."

As I noted in my essay, those peddling the fake "Pachamama" story are right-wing Trostkyites; as such, they do not care about what is objectively true; or rather, "truth" for them is not the correspondence of thought to reality – as the Christian and classical metaphysical tradition insists. Rather, "truth" is whatever advances the desired narrative. Pope Francis is a bad man, a terrible pope, and a heretic (all assertions with which I agree); therefore, anything that paints him in the worst possible light must necessarily be "true," since it advances that narrative. These neo-traditionalist critics agree with U.S. Rep. Alexandria Ocasio-Cortez that it's okay to be "factually incorrect" so long as you are "morally right."

This is not an unfair characterization. There is no other reasonable explanation for why people of at least average intelligence would continue promoting the "Pachamama idol" narrative in the face of:

(1) No evidence that "Pachamama" is an Amazonian deity. I do not claim to be an expert on the Amazon and its indigenous, non-Christian religions, but I do know how to conduct a search via Google, Google Scholar, JSTOR, and other resources, and I have probably read every #FakeNews story on the matter published by LifeSiteNews, EWTN, OnePeterFive, and all the other neo-traditionalist outlets, and I cannot find any scholarly or other documentation that "Pachamama," an Andean deity, is commonly worshiped by non-Christians in the Amazon. The neo-trads have had over a month to produce such documentation, and it would bolster their case. Their inability to document this, against their own narrative self-interest, along with what appears to be a dearth of scholarly notice of "Pachamama worship" in the Amazon, suggests that the "Pachamama" obsession is one born of basic cultural ignorance: Someone read somewhere that some South American pagans worship "Pachamama," the Amazon is located in South America, both the Amazon and the Andes begin with the letter "A," some modern South American nation states cover parts of the Andes and parts of the Amazon, so the identification of the famous images with "Pachamama" was made without any critical reflection. Willfully ignorant journalists at low-brow "news" outlets like LifeSite ran with that narrative without bothering to do any fact-checking. . . .