Jake Jacobs
The Confederate flag & slavery: an inextricable marriage since 1861! 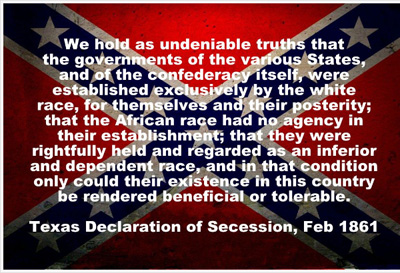 During the midst of the recent Confederate battle flag controversy in South Carolina, I am disappointed by the defense of such an evil symbol in the name of "heroism," "heritage" and "States' Rights." Defenders of the Dixie flag say they celebrate Southern heritage, not the South's racist past. Sadly, the two are not mutually exclusive.

They are inextricably wed.

They tell us that "African Slavery," is "The Cornerstone of The Southern Confederacy."

Selma, AL has a billboard with the racist murderer, Democrat KKK Grand Wizard, Confederate General Nathan Bedford Forrest who led The Fort Pillow Massacre in Tennessee on April 12, 1864, in which more than 300 American-African soldiers were murdered. Though most of the Union garrison surrendered, and thus should have been taken as prisoners of war, the black soldiers were killed. The Confederates refusal to treat these troops as traditional prisoners of war infuriated the North, and led to the Union's refusal to participate in prisoner exchanges. Ironically the infamous Selma, AL, bridge of 1965 "segregation State's Rights" era was named after Confederate General, Democrat US Senator, Edmund Pettus, who was also the Grand Dragon of the Democrat KKK. The Confederate Army and the KKK loved to use the Dixie flag as a symbol of Southern White Supremacy. They were inextricably wed. 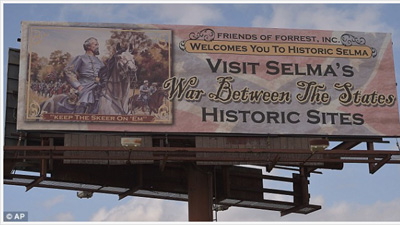 A brave soldier is one thing, but let us not forget what the ultimate reason those Confederate Government soldiers were fighting for. Read the following link or just hit the Slave State in the Blue: http://www.civilwar.org/education/history/primarysources/declarationofcauses.html to find out how SLAVERY was THE MAIN Cause of the States for seceding:

The Declaration of Causes of Seceding States

Yes, sadly due to southern propaganda and clever mythologizing, I realize how painful it must be for some reading this, about the reality of slavery being the primary reason for the creation of the Confederacy. Sadly, they were inextricably wed. No Slavery = No Civil War.

The sooner many good hearted Southerners, Americans, Patriots, Confederate apologists, paleo-conservatives and secessionist-libertarians admit the ugly reason for the CSA's creation and their war with the USA to preserve slavery, the healthier America will be: both North and South. These groups must repudiate the inextricable wedding between slavery and the Confederacy's rai•son d'ê•tre. The sooner they due so, the sooner they will be liberated from the cognitive dissonance that has them chained to the "myth of the Lost Cause" and "distorted States' Rights" that fought for the freedom to enslave. 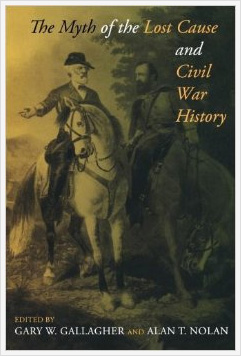 Our wonderful 1776 Declaration of Independence declares that all men are created equal with life and liberty endowed upon all of mankind from God. His Image is in all of humanity thus liberty in the United States of America cannot co-exist with any philosophy that sides with slavery, segregation, and race superiority claims that deny those self-evident truths.

The Dixie flag is a wretched symbol of those claims. Let us all have the courage to face that sad reality and change the tenacious desire to cling to a lost cause gone with the wind.

In my next article, I will be covering my concerns about Neo-Confederate apologists, paleo-conservatives and secessionist-libertarians influence on Americans, through their so called PIGS or "Politically Incorrect Guide" books, seminars, conferences and social media outlets on various topics related to American History and Government.

Here are two excellent books on the topics of the Dixie flag, Slavery and the Civil War: 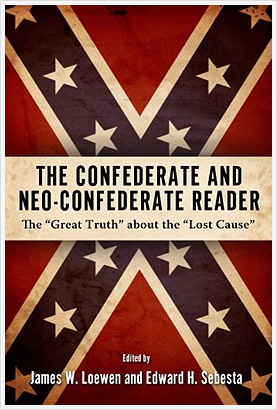 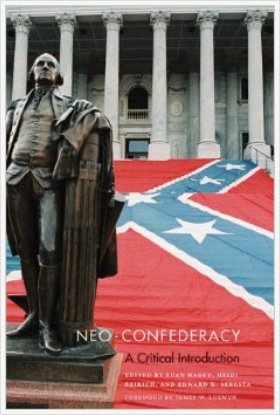