June 16, 2009
Recent diatribes have appeared in the media criticizing and misrepresenting the rationale of those opposed to the Sotomayor nomination to the Supreme Court.

Sotomayor has been lauded ad nauseam for her desire to be empathetic in her adjudication, and many have remarked unceasingly about the impressiveness of her "life experience."

Empathy and "life experience" are certainly wonderful virtues. But are they most appropriate for a social worker or for a judge? Our own legal icon, Lady Justice, wears a blindfold and holds balanced scales in her hand. There is no room for favoritism in adjudication, and the idea of judicial empathy seems to imply that judges are spurning impartiality for reparations.

One can, in principle, reasonably agree that Sotomayor — coming from the position of being a woman, a member of an ethnic minority, and an economically disadvantaged youth — might see things differently than her counterparts. But is this really experience that makes one adept at interpreting the Constitution? Likewise, a person who is physically unattractive, obese, or has unusual shaped ears might be able to empathize with others having similar shortcomings. Why not find a judge with all three of those characteristics, since it would facilitate empathy toward others who are similarly wanting?

Newt Gingrich had to back off his ranting that Sotomayor's comments about superior insight were blatantly racism. I feel that allegations of racism are best reserved for times where they are actually warranted. Gingrich got sloppy here, playing the same political "gotcha game" as the opposition plays like a Stradivarius. Conservatives can never win that contest because the double standard is already baked into the cake.

One writer, apparently attempting to blur the lines of distinction, confidently declared that "strict constructivism" was merely the conservative ideologue's version of judicial activism. The flip side of the same coin, so to speak.

The argument that "strict constructivism" is merely the conservative equivalent of the term "judicial activism," often applied to liberals, is flawed for two reasons. 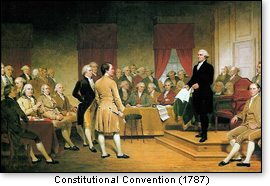 First, it is a categorical error, since judicial activism really has nothing to do with political ideology, but refers to the idea of judges acting as policy makers, rather than interpreters of the law.

Secondly, "strict constructivism" is a poor term to describe the justices appointed under the last administration, along with Justices Scalia and Thomas. A better term "originalism" recognizes that not all clauses in the Constitution were intended to be strictly construed.

I suspect the use of the former term presupposes those Justices apply rigid, dogmatic thinking.

"Originalists" interpret the Constitution by applying founding principles to contemporary issues, and fleshing out the legislative intent behind laws passed afterward. Therefore, an originalist philosophy of itself acts as a self-imposed limitation on judicial prerogative.

"Judicial activists," bend the meaning of the Constitution to bring about the results they desire. In doing so, they act as legislators, if not philosopher kings, violating the separation of powers. This practice results in the codification of abominable jurisprudence. Judicial activism is such a tempting and dangerous practice, because it allows unelected officials to do what cannot ordinarily be accomplished legislatively, thus removing civil policy entirely from the will of the people and the rule of law. 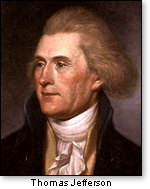 We should best heed the advice given by Thomas Jefferson to a jurist in his era, "On every question of construction, carry ourselves back to a time when the Constitution was adopted, recollect the spirit manifested in the debates, and instead of trying what meaning can be squeezed out of the text, or invented against it, conform to the probable one in which it was passed."

James Madison, along with other Founders can be quoted expressing similar sentiments.

It is Ms. Sotomayor's stated views that judges are policy makers, which more than anything should be the intoxicating notion that disqualifies her from consideration to the high court.

But elections have consequences, since it is elected presidents that appoint their preferred judges. It is likely that no matter how effectively these arguments are articulated and brought to the intention of the American people, they will be at best viewed as arcane and irrelevant to everyday existence.

July 28, 2022
'There's not a shred of evidence God exists': The incoherence of unbelief

July 24, 2022
'There's not a shred of evidence that God exists': Motivations for unbelief

February 7, 2022
The elusive nature of contentment