November 6, 2014
At last the people, have spoken. Republicans are now in control of the Senate and The House for the first time since 1940. Back then there was a decency in society.

Citizens were active in their churches and secure in their faith along with a sense of integrity and moral values. Our intense patriotism led our troops to victory in WW II. We had an inner strength that could not be conquered. Our country was prosperous with a strong military that won against all odds. 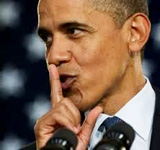 Now in power, the Republicans must act swiftly. The first act is to get Obama out of office immediately. His entire "election" was fraudulent with 38,000 unqualified voters confirmed with as many as 2.5 million yet to be classified.

Plus there were rigged voting machines that automatically "voted" for Obama even if you pushed the Romney button.That is VOTER FRAUD. Furthermore, this impostor was NOT born in America but Kenya-See Links:

He is still the useful idiot of the Communist Party which skillfully hid his papers from public view. When he is removed from office, every law and appointment he made will be null and void. That includes "Obamacare" that he lied about in order to get it passed ("You can keep your doctor, you can keep your own health care,") etc.

But wait, that would throw America into chaos! WHOA THERE! America is ALREADY in chaos thanks to Obama. But what about his "presidential" actions? Well, here's an example:

Andrew Paul Tahmooressi, a recently discharged U.S. Marine, was arrested and thrown into a Mexican prison for accidentally crossing the border, guided by confusing traffic instructions. He tried to turn around but was arrested. He was not given an interpreter so was not able to understand the charges against him, leaving him without any defense rights whatsoever.

Tahmooressi languished in that jail for over 7 months and, as reported, subject to beatings and intolerable living conditions.

Mr. Obama – this column never has or will refer to him as "President" Obama because he is not – did not lift ONE FINGER to help him. He would not make one telephone call to the President of Mexico demanding this veteran's release. That is all it would have taken.

HOWEVER, Obama is the first to call any and all public figures who "come out" as homosexuals. His main goal is to promote sexual immorality by ordering the Rainbow Flag to fly over U.S. Embassies around the world, and had the Fire Department in a major city march in a Gay Pride Day parade, in uniform.

The most outrageous of all, is that he had U.S. Military troops march in a Gay Pride Day parade, IN UNIFORM and, now hold on to your seats, give a snappy salute to the Rainbow Flag.

He has released open homosexuals, cross dressers and transsexuals into army barracks which has created numerous problems. Sexual assaults have risen dramatically – men on men! – and has weakened the morale and the strength of our military. Why? The true story about Obama and Michelle is known by many and is bound to explode eventually.

He has declared the name of Jesus Christ illegal and has forbidden military chaplains to say His name in prayers. He even prohibited them from saying, "God bless you" to grieving families at military funerals.

BACK-SPACE: So what DID compel the Mexican authorities to release an innocent American citizen from prison? Republicans in congress for one, thousands of rank and file citizens like me signing petitions to the Mexican government along with TV personality Montel Williams. A legitimate president would have jumped into that situation immediately.

And Obama's Global Warming scam can be described in two words: World Tax.

Republicans: Your work begins immediately. Get Obama out of there without delay. There are plenty of particulars to have him arrested for treason amongst other charges. You are now in a position to save America and restore her to her original values. Then, life will be good once again. CHARGE!