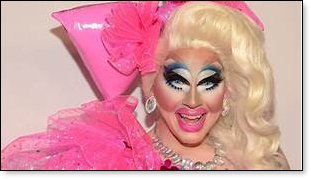 This insanity began several years ago when I was about to marry a couple. I looked at the marriage license and almost choked. It did not list BRIDE and GROOM, as had been done for most of our lives. No, this license describes the couple as "Party One" and "Party Two."

Over the years, this has become even more troubling as the gender lines have disappeared. Scotland has joined this madness by changing the "Husband and Wife" terminology on a marriage license to, now get this: " to "The parties covenant together to take each other in marriage as long as they shall live." Yep, the human beings have been reduced to "the parties," The minister or deacon will next simply declare the parties to be "married." Not husband and wife, mind you, simply married parties.

Of course we know what this is all about. It makes it appear to be natural to have two males or two females get "married." Scotland, a beautiful country with great people, surely has more sense than this. When God created the earth, he Introduced the first couple on earth that He had created, and called them "male and female." Period. But now that has been blurred to whatever combination they wish. Certainly without the approval of God.

And by the way, there is no such thing as "His Husband," or "Her Wife." Yet we see those references every day.

But the deviates attempt to make their nasty perversions seem "normal" by staging "Gay Night" at football games and garish "Gay Parades" swishing their way through various cities and towns every year.

What they are missing is the effect this has for victims, and there are THOUSANDS who have been violently sexualized by a scout master or a school teacher. For them, this is a kick in the teeth and only adds to the suffering this group has endured because of what happened to them by an out-of-control pervert through no fault of their own. This caused the victims a kind of suffering that never disappears during a lifetime.

And this triggers depression. And it affects future relationships, do not think that it does not. I have counseled many people who have gone through this nightmare.

Google's Sundar Pichai just chimed in, stating that "no gendered talk" (meaning referring to a male or female) will be allowed on Google. This is madness. We are now commanded by Google never use terms such as "man hours," but to change that to "person hours." I kid you not. These are the new rules being established.

Bill Gates, who thinks he is President of the United States, has published a "word style guide," to keep us informed of the proper language to use, and we must do that, doncha know. Use it or else. If the recommendations are adopted, it would enable ministers and deacons to be nominated to solemnize same-sex marriage ceremonies. Surely ministers would not want to miss out on that opportunity.

Things have become so outrageous and dumb that the next time the world completes its spin, I will yell, "let me off here!" I wonder what it will be like on Mars.