April 7, 2017
In the United States, we cherish our fundamental, Second Amendment-protected right to keep and bear arms for defensive purposes (yes, hunting and recreation, too). Along with that right comes a great deal of responsibility, including the duty to be knowledgeable in the use and safe handling of our guns. We must also cultivate the mental preparedness for possibly having to use our gun to defend our lives or the lives those around us. 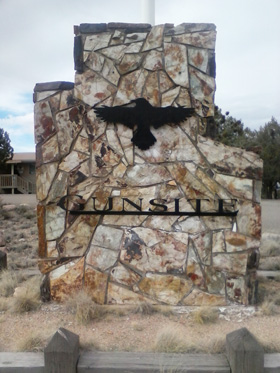 There are plenty of good gun schools, classes and teachers across the nation to help us gain or improve upon this knowledge, but few are better than Gunsite Academy. Headquartered in Paulden, Arizona, and with several off-site locations across the nation, Gunsite is the premier firearms training school founded in 1976 by World War II and Korean War veteran Col. Jeff Cooper. He developed the two-handed modern technique of self-defense pistol handling and taught students the importance of maintaining a defensive mindset, which is part of the Combat Triad: marksmanship, gun handling and mindset.

I'm embarrassed to admit that this late in life my husband and I were both gun novices. We had only recently taken the basic handgun and enhanced concealed carry classes offered by the State of Mississippi through the Department of Wildlife, Fisheries and Parks, but we had little more knowledge than the basics taught there. Our instructor, retired military veteran and MDWFP officer Steve "Reno" Moore, told us about the excellent training we could get at Gunsite. He has attended numerous times over the years and knew Col. Cooper. His instruction reflects what is taught there, including the four basic rules of gun safety, as distilled by Col. Cooper:

1. All guns are always loaded. Treat them that way. There are no exceptions. Do not pretend this is true.

2. Never let the muzzle cover anything you are not willing to destroy. Whether the firearm is loaded or not (refer to Rule #1).

3. Keep your finger off the trigger till your sights are on the target. This rule is most often violated by untrained people whenever they handle a firearm. Watch TV shows, and look for this. You'll be disturbed.

4. Always be sure of your target. Know what it is, what is in line with it and what is behind it. Never shoot at anything you have not positively identified. Be aware of your surroundings, whether on the range or in a fight, and do not assume anything.

We committed these rules to heart and decided to go to Gunsite and take the 250 Pistol Class in mid-February. One of the common questions we were asked after returning home was, "Did you have fun?" Fun is not its purpose nor how I would describe the Gunsite experience, although it was quite enjoyable in many ways. It's a rigorous course. You're on the range for six or more hours a day, and you shoot over a thousand rounds of ammunition for the week, while running through various drills, movements and exercises. The training you receive in the Gunsite 250 Pistol Class is superior to the training many of your local policemen get.

The elite instructors at Gunsite are second-to-none. We had three outstanding men running our class of fourteen people, Lew Gosnell, Chris Currie and Eric Ingersoll. If you read the brief profiles linked here in each of their names, you'll see that these men have a great deal of military and law enforcement experience. They have an abundance of knowledge that they bring to the students at Gunsite. They were patient with the few of us who were novices, and they provided us with valuable one-on-one instruction. They're excellent men, and we liked them very much.

For the class, my husband and I brought our Ruger SR1911s, his a .45 and mine a 9mm, although after a couple of days my husband had problems with the area near the tang and safety cutting into his hand, so he ended up renting a Glock to use for the rest of the week.

We were taught and drilled on many things during that week, and I can't recount them all in this column, but here's an overview. There are a few hours of classroom lectures on topics including ballistics, weapon maintenance and mental conditioning, but most of the time is spent on the range. We were taken through range safety rules and procedures and basic shooting drills to practice drawing and firing quickly and correctly from our hip holster.

Other drills included clearing pistol malfunctions, speed, tactical and administrative reloading, various shooting drills, including "failure" or "stop" drills (two quick shots to the upper-center chest followed by one careful shot to the head), movement drills (pivots, turns and side-stepping) and position shooting, firing from kneeling and rollover-prone positions (prone from 25 yards, in fact). We did a nighttime shoot in which we practiced two different flashlight-holding techniques.

We received basic instruction in close quarter battle, dealing with windows and doorways ("funnels of death" or "fatal funnels") and clearing rooms in a house or building. We practiced these movements and techniques in indoor and outdoor live-fire simulators.

At the end of the week we competed against each other, man-on-man and as a group. The class was made up of people of various ages and levels of knowledge and experience. The competition was a fun part of the week, even though my husband and I didn't stand much of a chance against some of the other guys who were seasoned firearms veterans. We didn't do too badly, though, not finishing last in anything, because we're naturally decent shots.

We came away from Gunsite with new confidence, a better defensive mindset and much-improved gun handling and marksmanship skills. While we're still not close to being professionals, we have a workable level of competence.

Regardless of your age, sex or how much experience and knowledge you have, Gunsite Academy will bring you to a higher level. If you're ever able to go, you'll be very glad you did. We're thankful to Range Master Lew and Instructors Eric and Chris for giving us this most excellent week of stellar handgun training, "The Gunsite Experience."