I take full responsibility for my own poor judgment, my weakness and my sinful conduct that resulted...[in] one particularly complex situation...[that] led me to imprudent decisions with harmful consequences, the worst of which was violating the boundaries of chastity with an adult female who was under my spiritual care...[w]hile I would much prefer to allow this public act of contrition to stand alone, I regret having to address the malicious falsehoods...[of] every crackpot with a website. — from Father Euteneuer's January 31 confessional statement

I'm sorry, but since I've been included in this e-mail, I have to respectfully disagree with Sister. Based on what I know, I'm morally certain that the information contained in Catholic author Tom O'Toole's latest column...is largely, if not entirely, accurate. — e-mail comment from a respected (non-crackpot) Catholic journalist

Never underestimate the power of a crackpot. — from "The Pushcart War," a popular children's novel by Jean Merrill. 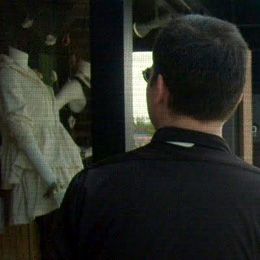 In April 2009, when President Barack Obama's (or, as Fr. Thomas Euteneuer liked to call him, the "Abortionist-in-Chief") invasion of Notre Dame was going largely unopposed, "radical" pro-lifer Randall Terry issued a challenge to South Bend's to-that-point-silent-on-the-matter Bishop D'Arcy to issue a public statement denouncing Obama's Notre Dame award and appearance. Although privately peeved at Terry, Randall's cry did motivate D'Arcy into delivering an on-fire document denouncing Fr. Jenkins' decision to invite the president, which rallied thousands of pro-life protesters to Our Lady's university, and over 400,000 online objectors to Obama's presence at that fateful commencement. Still, Terry felt this battle effort was not a complete victory, as he did not prevent Obama from appearing. Similarly, while pro-life "crackpot" Catholic bloggers are happy their efforts helped deliver Fr. Euteneuer's just-published public online confession, a complete contrition and admission still seems missing from his current state and statement.

First, I believe much positive has come from this public figure's public admission of wrongdoing (albeit almost 6 months after the fact), for without it, the healing of his public ministry (whether it be Human Life International or the Catholic Church in general) cannot really begin. It is good that Euteneuer finally publicly apologized to "the heroic, faithful people...who have placed so much trust in me," and acknowledges that "the circumstances that led to my departure from HLI were entirely" his own fault. In addition, Father Tom's admission that his "ministry of exorcism [was] carried out independently from my responsibilities at HLI" is key, for it shows the bishops that such a dangerous ministry should under no circumstances be undertaken independently in the future, and Euteneuer's acknowledgement that "the rare exceptions" he prayed the exorcism prayers alone with women, shows once again that any actions done "not [by] proper [Church] protocol," while not sinful in and of themselves, often precede the fall.

But then comes the part where Father's confession starts to degenerate. First, Father departs from the humble high road by resorting to name-calling (including the term "crackpot"), a Fr. Tom tactic which probably made Bishop Barbarito reluctant to let Euteneuer respond in the beginning. Father then continues his descent with, "While I would much prefer to allow this public act of contrition to stand alone, I regret having to address the malicious falsehoods that were published this past week on various internet sites." While I definitely agree with Father that no one should publish things like the address of his parents, it seems to me that if his confession is totally accurate, and these accusations truly false, there's really no reason to mention them at all. Or, as Shakespeare would say, he protests too much.

Note that Father's firm affirmation of "only one" chastity violation directly contradicts an earlier HLI statement citing two, promoting an almost immediate (if nuanced) rejoinder from HLI, which states, "In August 2010, HLI received allegations of inappropriate conduct by Rev. Euteneuer involving a young adult woman, which occurred within the context of his exorcism ministry. The Board immediately commenced an inquiry into the allegations, and Rev. Euteneuer admitted inappropriate conduct...HLI sought and received Rev. Euteneuer's resignation...since [that] time...the Board subsequently learned of additional allegations in connection with his exorcism ministry." Thus, by citing this timeline, HLI can still state their case without calling Father an out and out liar.

Of course, every soul (which includes myself) who has benefited from Father's ministry over the years would like to believe Father's soulful soliloquy citing only one (sexual) slip-up, but with each new revelation this becomes increasingly difficult. In his January 30 post, retired Marine and Catholic convert Frank Weathers recalls a 2009 Facebook encounter in which he caught Father in a "Mark Kirk," fabricating his military record to appear more fabulous. After reading Father's account of being in boot camp, Weathers writes, "Uh-oh. This is where my 'integrity meter' started pegging. Sir, your biography states you went to 'boot camp' in Quantico VA and that is simply not possible because the Marine Corps doesn't have Recruit Training at that location. In this article you relate your memory of 'boot camp' and the lesson of integrity. Square this away." Euteneuer cannot, but instead a lady comes on the site to defend her man, a lady whose address, according to a Florida directory, once matched that of Father Euteneuer's parents. Squaring away Father's military record (in relation to the other allegations) may not be a big deal, but squaring away the true story of Father Euteneuer's exorcism ministry surely is.

Still, in the end I do have to admit that Father's calling me a crackpot (albeit a Catholic crackpot) is absolutely correct. Anyone who believes that Notre Dame will again return to Our Lady, that abortion will again be banned from our country, and that a father of four can earn a living as a Catholic writer, deserves that title as much as anyone. Still, it is interesting to note that in the children's novel in which the "crackpot" quote originates, the lowly pushcart peddlers, Frank the Flower, Morris the Florist, General, and Harry the Hot Dog, somehow defeat the mighty trucking conglomerates to earn a permanent spot on the sidewalks of New York. So if my crackpot Catholic writing can somehow get the pro-life efforts of Notre Dame and Father Tom back on track, all the crackpot cracks will be worth it.