It's sad to see the Roman Catholics feed on each other like this. How unsavory! As a Lutheran, I find it more important to look for the positive Christian contributions of Mr. Corapi, which are significant. And while Luther reformed the "pay for indugence" [sic] scams of early Popes, Mr. Corapi may correct the misguided investigation procedures directly related to the anxiety ridden child abuse chronciles [sic] of the Roman Catholic Church. — Anonymous, 7-10-11

[F]irst to set fire to their synagogues or schools and to bury and cover with dirt whatever will not burn, so that no man will ever again see a stone or cinder of them. This is to be done in honor of our Lord and of Christendom, so that God might see that we are Christians...Second, I advise that their houses also be razed and destroyed...and that all who are able toss in sulphur and pitch; it would be good if someone could also throw in some hellfire. That would demonstrate to God our serious resolve and be evidence to all the world that...if we [cannot] eject them from our country, we would be at fault for not slaying them. — Martin Luther, from "On the Jews and Their Lies" 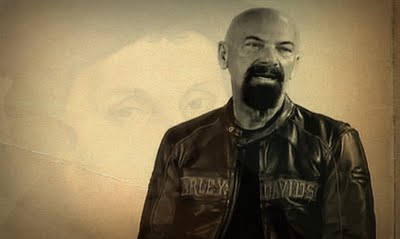 Although I have no reason to doubt you are a devout Lutheran or a sincere well-meaning Christian, a brief look at history shows your assessment of the Corapi situation to be not only full of holes but unintentionally full of lies; your seemingly sensible statement is not only nonsensical but downright dangerous. I suppose your founder, Dr. Luther, would be proud that you accept his views (or more likely, a watered-down version of his teachings) unquestionably, since after ridding the world of papal authority he wanted people to believe that he was the infallible one instead. On the other hand, Luther, perhaps the most "unsavory" religious controversialist in history, would no doubt be turning in his grave if he saw the "I'm okay, you're okay" pseudo-Christian rationalism Lutheranism has evolved into. As Luther's one-time hero, St. Paul, once said, "There will come a time when people will not tolerate sound doctrine but, following their own desires and insatiable curiosity will accumulate [false] teachers, and will stop listening to truth and will be diverted to myths" (2 Timothy 4:3-4). It is my desire to divert you from those myths and return you to the Truth.

First, Anonymous, you seem to imply that Corapi would do well in taking Luther as a role model, both in the general way he conducted himself as well as the idea that he was best able to reform the Church by leaving it — and starting his own. I suppose the first misconception is easiest to correct, since Luther's "reformed" life of drunken vulgarity and venomous prejudice is about as far from virtuous as one can get. I guess you can forgive Luther's work "Against the Roman Papacy; an Institution of the Devil," as part of the "potty humor" of the day, but some of its pictures (including one of the pope emitting, then blessing, his own excrement as a papal "bull") would make Howard Stern (if not Satan himself) blush.

And while you can perhaps overlook Luther's incitement of the German peasant mobs to overthrow the country's aristocracy in the name of the new religion, and then doing a 180 by telling the aristocracy (who, in the meantime, had agreed to adopt Lutheranism as the national religion) of the peasant's plan and setting them up for a merciless slaughter as the politics of the day, history cannot ignore the fact that Luther's "On the Jews and Their Lies" was used as a virtual blueprint for Hitler's "final solution" of the Jews (indeed, Luther's book was quoted during the Nazi's Nuremberg rallies) and Martin, if not Lutheranism, must take some significant responsibility for the resulting Holocaust.

And yes, Anonymous, although the error in your second misconception, that the reformers of Christianity could only really reform the Church by separating from Rome, may on the surface seem less obvious, history has proved it just as erroneous and far more deadly. Sure, you may argue, Luther (or Corapi), may not have been a saint, but neither were many of the Renaissance popes. The important thing is that Luther (and Calvin and Zwingli and the thousands of other Protestant reformers who came after them) finally corrected all the faulty papal teaching, and got the Church "right" again.

But revisionist history notwithstanding, the facts again prove the exact opposite to be true. While there is no denying that the private lives of several popes such as John "the Christian Caligula" XII, Paul "My three sons" III, or Alexander "Where's my mistress?" VI compared (un)favorably to Luther or King Henry "Heads up!" VIII, the fact is the doctrine of the bad popes never once deviated from the teachings of the good and saintly pontiffs, whereas the reformer's doctrine not only changed what the Church, through Christ, had taught as Truth for 1500 years, but it contradicted the teachings of each other, showing that at least some, if not most, of their doctrine must be false. As for Luther, his infamous "Sola Scriptura" and "Justification" doctrines contradict themselves. For in putting a book in "authority" instead of the successor of Peter, Luther assured that every person's interpretation of the Bible was now "infallible" and could not be definitively refuted, while the founder of Protestantism had to add words (to Romans 3:28) and subtract books (he tried to drop the Book of James) from that same Bible in order to make his "justification by faith alone" theory fit.

Perhaps, Anonymous, you subscribe to the "Yahoo Answers" definition of Lutheranism, "The Lutheran Church does not follow the teachings of Martin Luther; we bear his name only for his role in the Reformation itself." After all, the Lutheran Church (itself a misnomer, since there are now several contradictory denominations just among Lutherans) has no definitive head to answer such questions, and this explanation received the most votes. Yet even this rationalization, polished after centuries of whitewashing, loses its luster when the veneer is stripped away. No pope ever promoted the "pay for indulgences" scam; nor was it ever a doctrine of the Church. A small number of priests did distort the Catholic teaching of indulgences to make it sound like you could buy your way into heaven, but those who spread this abuse or distortion of teaching were already corrected from within by the time Luther split from Rome. So it was not really concern about doctrine, but the chance to be big man on campus, that spurred Luther and his ego's departure from the "one, holy, Catholic and Apostolic Church."

Indeed, there were many abuses in the practice of the faith during Luther's time (just as there are many abuses in the practice of the faith today) but there can be no comparison between the holy and humble correction of the faithful by the saintly counter-reformers such as Ignatius of Loyola, Francis Xavier and Teresa of Avila, and the contradictory cries of the Protestant reformers, as to who maintained not only the Truth but the unity in Charity (John 17:20-21) of the Church that Christ desired. In establishing a ministry outside the Church, and in trading in the sacramental priesthood for his role as "Harley-Davidson Dude," John Corapi may remember enough of his Catholic studies to still get a few things right. But judging from the half-truths those separated brothers and sisters have filled you with, Anonymous, chances are his Black Sheep Dog talks will get a lot of stuff wrong now too.

To all fans and former fans of "The Black Sheep Dog," check out our new Facebook page, Crying for Corapi, and get your two cents (or two Hail Marys) in.