Joan Swirsky
It had to be the Smirnoff 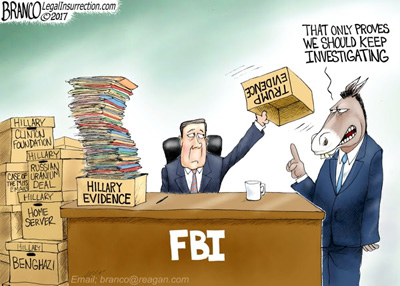 It was a good plan. After their thunderous loss in the presidential election, our country's premier Olympian liars – Democrats all – put their heads together to develop a plan to accuse the newly elected president of collusion with our Russian enemy, to get him impeached forthwith, and ultimately to preserve the communist/jihadist government that it took the previous eight years of formal power and a hundred years of planning to accomplish.

First, it was important for the orchestrator and financier of both the former regime and the current "resistance" movement to appear busy with other things, such as financing the travel arrangements of anarchists and thugs, and purchasing shiny new placards to be displayed at often-violent rallies around the country, all protesting the horrible things the newly elected president was doing:
Second, get the putative leader of the former, failed regime out of the country – preferably to an island that doesn't honor U.S. extradition laws – the better to protect him from indictable crimes should the plan fail.

Third, develop the narrative – Trump's collusion with Russia – and enlist the entire Democrat Party and 99 percent of the media to hammer relentlessly, 24-7, on this theme, omitting, of course, the fact that it would not require help from the Russians to win an election against the least attractive, least compelling, least accomplished, most corrupt Democrat candidate in decades.

FRUITS OF THEIR LABORS

It didn't take long for some major revelations to emerge. First we learned – according to the peerless Clarice Feldman (read every word) – that President Trump's campaign manager had failed to disclose the receipt of 75,000 shares of stock from a Kremlin-financed company – Joule Unlimited – for which he served as director from 2010 to 2014, and that his brother was a key lobbyist on behalf of Sberbank (of Russia), for which his firm received more than $24 million in fees in 2016. 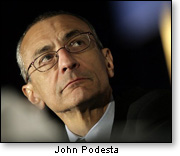 Oh, my very very bad! It wasn't Mr. Trump's campaign manager, it was John Podesta, Ms. Hillary's henchman, and his brother Tony, who raked in that windfall. "Podesta's efforts were a key part of under-the-radar lobbying during the 2016 U.S. presidential campaign," Feldman reports.


Next we learned that none other than Mr. Trump's wife, Melania, received half-a-million dollars...for a speech she gave in Moscow, paid by a Russian firm, Renaissance Capital, which has ties to Russian intelligence. And what did the former model do with the money? She put it into one of her pet foundations.


Oops, I'm getting everything mixed up! It wasn't Mr. Trump's wife Melania but rather Hillary Clinton's husband Bill who did that, and much more! For instance, he deposited millions of dollars into the Clinton Foundation that he also received from Uranium One, which was sold to the Russian government in 2010, giving Russia control of 20 percent of the uranium deposits in the U.S., a sale approved by Hillary Clinton's State Department. And looky here! In March, Mr. Putin's spokesman said that Russian Ambassador Sergey Kislyak met with members of Mrs. Clinton's campaign several times while she was running for president in 2016, a fact the campaign never disclosed. No mystery that Kislyak sat so cozily with the Democrats during Pres. Trump's joint speech to Congress in February.


The revelations continued, as we learned that one of Mr. Trump's most trusted aides literally colluded with foreign spies to sabotage Hillary's candidacy.


Sooo sorry. Once again, I've confused the players. Actually it was John Brennan – former supporter of the American Communist Party, inveterate Islamophiliac, and CIA director under Barack Obama – who, according to George Neumayr of the Spectator (read the entire article), "was the American progenitor of political espionage aimed at defeating Donald Trump. Brennan teamed up with British spies and Estonian spies to cripple Trump's candidacy. He used their phony intelligence as a pretext for a multi-agency investigation into Trump, which led the FBI to probe a computer server connected to Trump Tower and gave cover to Susan Rice, among other Hillary supporters, to spy on Trump and his people."


And then there was the slew of fishy missteps by a high-ranking member of the Trump Organization, who literally seemed to screw up everything he touched.


Silly silly me for confusing anyone in the Trump Organization with the feckless James Comey, recently defunct director of the Federal Bureau of Investigation, who according to historian Victor Davis Hanson "de facto turned the FBI into investigator, prosecutor, judge, and jury in presenting damning evidence against Hillary Clinton, then nullifying it," confused Hillary's criminal acts with her "intent" (not his role), whine[d] "in teenager fashion" at a Congressional hearing, "seem[ed] to think he could freely discuss the charges of Russian collusion, but not so transparently the far stronger evidence of unlawful unmasking of Americans caught up in (or in fact targeted by) government surveillance – apparently in understandable fear that the Democrats and media posed the greater danger to his career," and was at the center of 10 major FBI scandals on his watch.


And who can forget how the top generals president-elect Trump was interviewing for key jobs in his administration revealed the ability they had – and willingness to use that ability – to conduct extensive spying on any of the future Commander-in-Chief's enemies?


OMG...how on earth could I have mistaken the personification of American strength and security with the very embodiment of deceit and dishonesty? Especially since now we know, thanks to Paul Sperry at the NY Post, citing Circa News, that during the election campaign, "the Obama Administration" (meaning Barack Obama) launched "a massive domestic-spy campaign that included snooping on Trump officials...routinely violating privacy protections" that prompted the Foreign Intelligence Surveillance Court a month before the election to rebuke administration officials." In addition, "a number of those searches were made from the White House, and included private citizens working for the Trump campaign, some of whose identities were leaked to the media."


Did I forget to mention that one of candidate Trump's most avid Republican supporters just happened to make a killing when he invested in a Russian company?


Kidding! That would actually be a malicious critic of both candidate and President Trump, Sen. Mark Warner (D-VA) who made $6 million in 2012 from Russian search engine and technology company Yandex.


Dr. J. Michael Waller, VP for Government Relations at the Center for Security Policy and an expert in defense, national security, and foreign policy, is all for the investigation of Russian involvement in American elections, and here spells out the deep involvement of Russia in Mr. Obama's 2012 election, with prominent mention of key players like the Podesta brothers, Hillary, Thomas Pickering, Hunter Biden, and Viktor Pinchuk, as well as the sale of American uranium, et al.

Which brings me to this question: Who again is in bed with Russia? 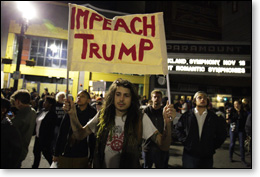 An essential part of the overwrought left's narrative was urging its adherents to forget their aversion to any word beginning with "i" – an aversion they've harbored since the mortifying impeachment of Bill Clinton in 1998 on charges of perjury and obstruction of justice.

Instead, the plan was to harp on three other "i" words, specifically that Russia intervened, interfered, and influenced the 2016 presidential election, essentially rendering its result invalid.

Above all, they were clearly ordered to never ever explain, not the smallest detail, about how exactly the Russians did these things.


(By the way, why did this ostensibly impartial ambassador choose to sit with the Democrats that night? Was it to reassure them that he intended to lobby the Trump administration to let his country keep the 20 percent of American uranium that Hillary gave to Russia? You know, that heavy, toxic element which accelerates the development of nuclear weapons, the same types of weapons that Barack Obama and Hillary gave to bellicose, America-loathing Iran – leading state-sponsor of terrorism and Russia's client state – in the disastrous Iran deal, along with $150 billion?)


Having exhausted their bogus questions, the swamp creatures have now moved on to President Trump's son-in-law and trusted advisor, Jared Kushner, and his contacts with Russian sources before the inauguration. Critics seem most upset about the protocol here – i.e., that, apparently according to Emily Post, it's "improper" to query important world players before the inauguration takes place.

Nothing will come of this desperate ploy, either.

According to James Freeman of the Wall St. Journal, "It's been roughly 300 days since the FBI started investigating Moscow's attempts to meddle in U.S. elections. So far the feds have come up dry in their search for evidence of collusion between the Trump campaign and Russia."

Yet, the fake news cable and network channels – CNN, MSNBC, NBC, ABC, CBS – are still being paid by their globalist bosses to harp ceaselessly on this failed effort, clearly in the hope that somehow, someway, someday, someone will come up with an irrefutable indictment and that the massive humiliation Democrats experienced from their shellacking at the polls and the repudiation of everything they believe in will be redeemed.

This fantasy should fit neatly with their other beliefs – in the virtue of Che Guevera and his ilk, the efficacy of socialized medicine, the validity of Sharia law, and let's throw in the tooth fairy for good measure.

But all this is not to omit the real motive of the fanatical cabal conspiring to bring down President Donald J. Trump, which is to avoid the long arm of Attorney General Jeff Sessions in what may turn into the most explosive investigation in U.S. history regarding the rampant crime, corruption, and sedition of most of the high-level players in the Obama regime.

That is what we've really been witnessing for the past year. And a warehouse full of Smirnoff will not make this blight go away!