Joan Swirsky
Nothing new in the sick world of Jew hate

March 10, 2020
"Though marked by levity, Purim is deadly serious: We are reminded that Haman exists in every generation and that we Jews dare not ignore our own identity." Rabbi Meir Y. Soloveichik

This year, the Jewish holiday of Purim begins on Monday, March 9th, and ends on March 10th. It is a significant holiday that has everything to do with Jewish survival, which today is as relevant as it was throughout Jewish history, not only 75 years ago in Nazi Germany when six-million Jews were savagely incinerated in burning ovens while the entire world looked on, but also 3,000, 4,000, 5,000 years ago!

The story of Purim takes place in ancient Persia (now Iran). The Holy Temple in Jerusalem had been destroyed more than 50 years earlier and the Jews had become servile subjects in Persia. 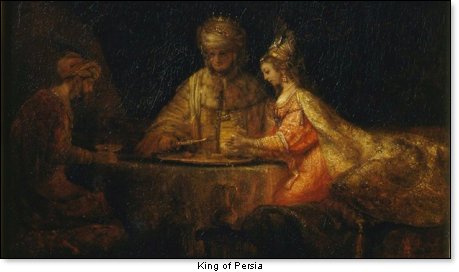 The King of Persia, Ahasuerus, who was drunk at the time, became furious with his exquisite wife Vashti when she refused to undress before his court, so he ordered her execution. But after her death, he became lonely and had his servants orchestrate a beauty contest so he could pick another wife. When Esther appeared, he was enchanted with her great beauty and married her, making her the Queen of Persia.

Unbeknownst to the King, Esther was a Jewish orphan who had been raised by her cousin Mordechai. Shortly after she became queen, Mordechai overheard two of the king's chamberlains discussing a plot to assassinate him. Mordechai reported the plot, and the traitors were hanged.

But one of the king's ministers, Haman, was a fanatical Jew hater, exactly like so many Democrats are today – "Rev." Louis "the powerful Jews are my enemy" Farrakhan; "Rev." Al "Jews are bloodsucking Jew bastards," "white interlopers" and "diamond merchants" Sharpton; Democrat Linda Sarsour, the "official surrogate" of Democrat Bernie Sanders' presidential campaign; "Jew-hater-on-steroids musician Roger Waters, the list is endless.

And that is not to omit Democrat Rep. Ihlan Omar (MN), Democrat Rep. Rashida Tlaib (MI) – who was recently nominated as Anti-Semite of the Year by StopAntisemitism.org – Democrat Rep. Ayanna Pressley (MA), and Democrat Rep. Alexandria Ocasio-Cortez (NY), all of whom appear to loathe America and detest Jews and Israel, sentiments they often express. In addition, they have lamented the death of the Iranian arch-terrorist Qasem Soleimani, steadfastly refused to condemn the epidemic of anti-Semitism on campuses across America, and engaged in a steady stream of anti-American and anti-Semitic rantings.

That's right, the very people presidential candidate Joe Biden (D-DE) cannot bring himself to condemn! No surprise here, as former VP Biden presided over the illegal and unconstitutional Iran Deal, which gave the virulently anti-American, anti-Semitic mullahs in Iran $150 billion dollars in cash to create nuclear weapons with Tel Aviv's address on them!

Can't get more Jew hating than that!

Oops, did I forget to mention the other presidential front-runner, Democrat Bernie Sander (VT)? As Daniel Greenfield writes: "Like Karl Marx, Bernie Sanders is one of those non-Jewish people of Jewish derivation whom Jews hate and anti-Semites love. And Bernie keeps pouring fuel on the fire, expressing his disdain for Jews and Jewish causes, while cozying up to anti-Semitic figures...."

Getting back to the story of Purim, when Mordechai refused to bow down to Haman, Haman ordered the Persians to rise up against the Jews and kill them all – men, women and children. However, Mordechai learned of the plan and pleaded with Esther to intercede with the king on behalf of all the Jews who were targeted for death.

Through both intelligence and guile, she ultimately succeeded. She revealed to the king that she was Jewish. Haman was exposed and hanged, Mordechai was elevated in the king's court, and the king allowed Esther and Mordechai to issue a decree allowing the Jewish people to attack their enemies preemptively, a successful campaign that resulted in saving the Jewish people from annihilation.

NOTE: FDR, to his everlasting shame, clearly never read the Book of Esther!

Today, two decades into what we would like to believe is an evolved 21st century, the same obsessive hatred – based largely on psychotic jealousy – is fueled by: Here are just a few out of thousands of examples: The august Melanie Phillips spells out in ghastly detail (read the entire article!): "This is all inextricably tied up with hatred of Israel," Phillips says. "Better advocacy for Israel, necessary as that is, will not address this anti-Jewish derangement....and the problem – and tragedy – for the Jewish people is that so many of those subscribing to this liberal onslaught are themselves Jews.

But Democrats will still vote for a clinically diminished Biden and whoever actually runs the country in his stead. Why? Because of their holy grails: abortion, open borders, a weak military, unemployed blacks, gay marriage, fidelity to globalism, and the hoax of climate change, and so on.

The survival of Judaism and the safety and security of Israel don't matter to them!

Unfortunately, these Democrats include a large Jewish community that has been tethered to the party for 100 years, not because it is empirically the "party of the people," or has done anything to improve the lives of its most devoted adherents, but rather because American Jews have largely been spared the ravages of the 5,000-year history that saw Jews enslaved in Egypt for 400 years, marginalized in pogroms and ghettos, victimized in the vicious Crusades and Inquisition, wandering the world in a cruel Diaspora, and murdered in cold blood in the Holocaust.

Spared to live life in freedom in America, spared to not have to look over their shoulders or cower in fear, and spared to invent a new form of Judaism in which, ironically, victimization became enshrined and their new calling card was Social Justice – a movement more based on narcissistic self-aggrandizement than do-gooderism.

No one describes the devolution of America's leftist-liberal-progressive Jews more powerfully than Lauri B. Regan in her stunning article "G-d Is Testing American Jews. They Are Failing." Regan compares today's leftist Jews to those who distrusted Moses on Mt. Sinai and created a golden calf to worship.

"Today's Diaspora Jews," Regan writes, "are worshiping a different type of false idol. For eight years, it took the form of Barack Obama, but he was only representative of a progressive ideal for which Jews are constantly searching. Our history of slavery, torture, dhimmitude, persecution, and genocide has led to a people who desperately seek peace, obsess over "tikkun olam" and social justice, and worship at the Torah of Liberalism." American Jews are fixated "on every victim class but their own...and the Democrat Party...is harming the survival of our people."

"Our national population is minuscule – approximately 2%," Regan continues. "Our power is not in our numbers, but in our voices – and our voices are becoming dangerously self-destructive."

Yet, it is also true, and thrilling, to people like me that Israel is now a strong and thriving democratic state with a military of immeasurable strength, capable of taking on and annihilating those who wish her ill, and that includes not only bellicose enemies in the Middle East but, on a moral basis, also her ideological enemies like the thugs in the United Nations and the anti-Semites in the U.S. Congress and the Jew haters throughout the world.

Again, for the remaining Jews like me who care very much about the magnificent culture of Judaism, our disproportionately huge contribution of ethics, law, art, music, literature, science, medicine, and technology to the world, and the true social justice that demands equitable treatment and not blind, envy-fueled hatred, the resolve to defeat our enemies never flags.

To combat the rising tide of Jew hatred, Charles Jacobs and Avi Goldwasser, co-founders of Americans for Peace and Tolerance, have created An Action Plan for a New Jewish Leadership, which, among its 10 bullet points, includes:

2. As sanctity of life is the highest Jewish value, allocate more resources for the defense of the Jewish community and less for projects of social justice.

3. Educate the community and the public about the nature and sources of Jew-hatred. Like all hatred, Jew-hatred is based on envy and resentment (in this case, of Jewish success) and the tendency to blame others for the haters' failures and inadequacies. Jew-hatred has always been aimed at the elimination of Judaism (forced conversion), or of Jews (Final Solution), or of the Jewish state (anti-Zionism). Jew-hatred is promoted by lies and demonization, propelled by class warfare, and now also by identity politics.

4. Build alliances based on mutual interests and honest reciprocity, not virtue-signaling.


I would add the following....it is clear that the Jewish organizations that once strongly advocated for Jewish issues and fought anti-Semitism aggressively no longer do so when faced with politically correct issues that inspire the vindictive wrath – and discourage financial support – of Jewish Democrats.

So don't count on these organizations and don't send them another dollar!

The good news is that, along with wide support from political conservatives, most Republicans, and the Christian Evangelical community, other Jewish advocacy organizations and publications are working tirelessly to combat the relentless assaults of the Jew- and Israel-haters among us.