Joan Swirsky
What is wrong with Biden – Jill Biden, that is?

March 30, 2020
Several months ago, my husband Steve had a bad cold. I plied him with tea and honey and chicken soup (aka Jewish penicillin), bought over-the-counter bromides that promised relief, kept him away from people and people away from him, and even insisted that he try a folk remedy I was told was very effective and proved to
be – smearing Vicks VapoRub on the bottoms of his feet (before putting socks over them) at nighttime, the better to wake up with clear nasal passages and lungs.

And that was for the common cold!

And Steve wasn't running for anything, much less President of the United States!

What I did takes place millions of times a day not only across the United States, but the entire world – women taking care of their husbands, doing everything possible to protect them from harm or hurt.

No doubt, that was Jill Biden's intention when she married the senator from Delaware in 1977, and raised not only the daughter they had together, but his young sons, Beau and Hunter, after the senator's first wife and baby daughter were killed in a horrific car accident in 1972.

But before that, Jill juggled raising their three children with earning a doctoral degree in education and then teaching for years in a psychiatric hospital where her students were emotionally disturbed children and adolescents.

Surely, in both her education and clinical work, she was aware of, sensitive to, knowledgeable about – and protective of – the students whose limitations rendered them incapable of higher function. Surely she became capable of detecting, even diagnosing, thought and speech disorders, dissociative thinking, and incoherent ramblings.

The following examples are sad to witness and once again raise the very serious question: What is wrong with Jill Biden? 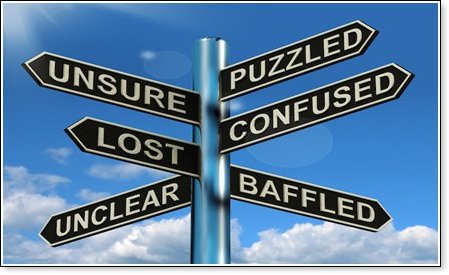 WHERE DID THAT INSIGHT GO?

Why is Jill's understanding, empathy, and take-charge persona missing in action when it comes to protecting her clearly diminished husband, who even a casual observer can see is suffering either from early – or not-so-early – dementia or Alzheimer's disease? If Joe and Jill Biden were sitting in the office of any neurologist in America, the doctor would immediately put the VP candidate on medication to alleviate his obviously florid symptoms of dementia.

The Bidens are practicing Catholics. Jill certainly must have taken her wedding vows seriously: "I, Jill Stevenson, take thee, Joseph Biden, to be my wedded husband, to have and to hold, from this day forward, for better, for worse, for richer, for poorer, in sickness and in health, to love and to cherish, till death do us part...."

We believe the cherish thing, but what happened to the "in sickness and in health" vow? Does Jill Biden really believe that it means to "support" her clinically compromised husband in continuing the painful process of slogging it out till November, by propping him up, by letting him read teleprompter words others have written but he can't get through?

Does she believe her role is to plaster on a perpetual Cheshire Cat grin before a media that are collaborating with her in the "everything is great" hoax, rescuing her husband when appropriate behavior fails him, and pretending that his disjointed, confused, indeed bizarre utterances somehow, magically make sense. 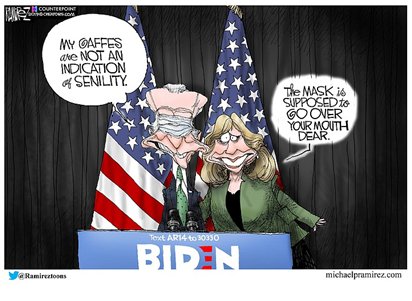 At this point, every Joe Biden appearance is the Emperor's New Clothes, with the entire Democrat establishment – including everyone at NBC, ABC, MSNBC, CNN, NPR, the NY Times, the Washington Post, et al. – going along with this pitiful charade, while ignoring or forgetting the fact that the American people they hold in such contempt have eyes and ears!

Jill Biden is now 68 and she and Joe are the very wealthy owners of several lavish homes and who knows how many other sources of affluence.

By appearances, I'm guessing that Jill is also quite healthy. That is why it stretches the imagination to seriously believe that either she or her husband – who is pushing a doddering 78 – want to spend the next four years of their lives glad-handing foreign potentates, fielding the conflicting and contentious demands of the American electorate, or generally weathering the ferocious slings and arrows aimed relentlessly at the highest office in the land.

For Joe Biden, this would be a lot of been-there/done-that, so what is his race for the presidency all about? Even more curious, what's in it for Jill?

I believe that Joe Biden was selected as Barack Obama's VP because of his inherent malleability and weakness. The powers-that-be had no doubt that they could plant any idea, policy, or pet project in Joe's ear and trust that he would echo their sentiments verbatim. This trust, of course, was based on Joe's long history of echoing – actually stealing – the words of other people in a series of plagiarism scandals.

And he delivered – whether it was leveling poisonous threats to Israel that emanated from the Oval Office or executing two massive money laundering and bribery schemes in the Ukraine, or helping himself and Obama and their cronies to make billions off China trade deals and regulatory policies, on and on.

Again, I suspect that the powers-that-be – among them brainiacs like David Axelrod, Valerie Jarrett, and especially George Soros, who appears, through his massive contributions, to own the Democrat Party, the Democratic National Committee, and most if not all Democrat fundraising committees – got together and decided to back Joe Biden because they knew with absolute surety they could control him once in office. In the same way, I believe, Mr. Soros and Ms. Jarrett ran the country during Mr. Obama's regime.

And when it became clear to them – as it has to the rest of America – that this faltering man will be lucky to make it till November, they simply whispered in Jill's ear: While Joe may have understood the imperative of him running when these offers were initially made, it's doubtful that he understands them now, or that by November it will matter to him at all. But if my theory is correct, you can bet that Jill gets it 100%! 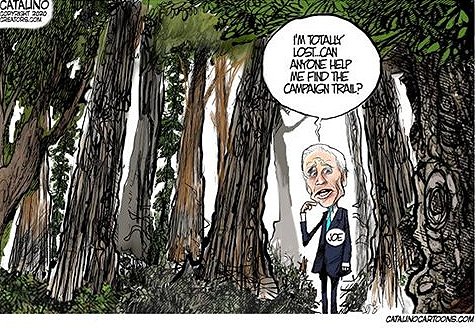 All of a sudden, here comes the coronavirus from China, spreading exponentially throughout the world into a genuine pandemic. Predictably, President Trump takes control and within days: But instead of becoming depressed by the president's rising popularity, all of a sudden Democrats start smiling again, as New York is deemed the epicenter of the coronavirus – according to the CDC – and Governor Andrew Cuomo steps up to offer the Donkey Party an alternative to the pitiful, cognitively failing Joe Biden.

But "Cuomo is No Hero," says John Hinderaker of Powerline.com: "The fact that New York is the epicenter of the COVID crisis in the U.S. is no coincidence. It flows from the policies of Governor Cuomo and New York Mayor Bill DeBlasio, as well as New York City's nature as an international hub and a closely-packed city."

Even by late February," Kelly continued, "Cuomo boasted about his state's accessibility to foreign travelers.... And the outcry about ventilators? State officials were informed several years ago that the stockpile of ventilators was woefully inadequate to handle a severe pandemic. But instead of preparing for a looming crisis and buying 16,000 ventilators, the state's health commissioner formed a task force to develop a system to ration the life-saving equipment."

Facts be damned, Governor Cuomo has been auditioning for the top spot for the last two weeks, and writer John Fund suggests that a "Draft Cuomo" Movement could lie in the Democrats' future.

Meanwhile, it all seems to depend on the current Democrat candidate's wife, who seems incapable of reading the tea leaves, deciphering the signals, or smelling the coffee. Which brings me to ask once again: What is wrong with Jill Biden? 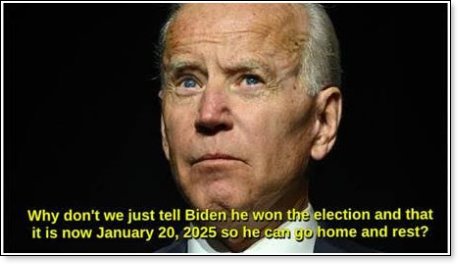