Among the TV shows I gravitate to with my husband Steve, a former athlete, are live baseball, basketball, and football games, historical documentaries, and both true crime shows and crime dramas like Law & Order, Forensic Files, Chicago PD, and Blue Bloodsall studies in the greatest mystery of all time, human behavior. 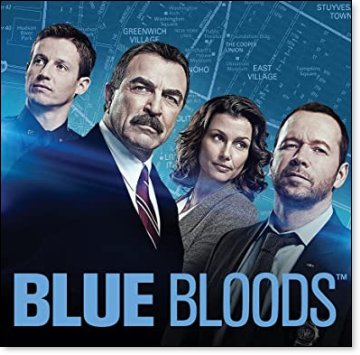 When Blue Bloods debuted in September 2010, we thought it was excellent, featuring in-depth and provocative episodes, and at last embodying the conservative values we embraced, including a distinct lack of the three-legged stool on which progressives base their so-called values: moral relativism, political correctness, and multiculturalism.

The show is about the Reagan dynasty in New York City, where the following characters are presented every week with daunting challenges, moral dilemmas, high-action chases and arrests, and touching family dramas:

Suffusing the drama is the commissioners late son Joe, an NYPD detective who was murdered by a corrupt gang of police officers and whose memory continues to haunt the Reagan family.

Every week for the past many years, all these characters presented compelling and original drama with episodes addressing themes such as the unreliability of eyewitnesses, the difficulty of identifying sociopaths, the nefarious inner workings of the New York mafia, the dangers of nepotism within the ranks, the reluctance of sexual assault victims to come forward, the complexity of solving murder cases, and so on.

In every episode, it was clear that the protagonistsmembers of the NYPD from the top on downknew the difference between right and wrong, good and bad, legal and illegal.

Among the most refreshing qualities of the show wasnot isthe great respect the children and grandchildren exhibited toward their father, the Commissioner, and their grandfather, the former Commissioner.

Every week, viewers were treated to the Reagan clan gathering around a huge dining-room table for a sumptuous dinner consisting of platters of roast turkey and roast beef, mountains of salad and vegetables, and heaping portions of baked and mashed potatoes, where one or another member of the family would say Grace before the meal, thank their Lord Jesus Christ for their bounty, perform the sign of the Cross, and in unison say Amen.

While serious discussions and good-humored kidding took place around the table, philosophical disagreements also abounded. Yes, quizzical looks and raised eyebrows and even scowls were evinced, but there was always a refreshing absence of the dismissive, rude, hostile, and insulting behavior and the repulsively foul language weve become accustomed to in shows ranging from newscasts to award shows to daytime talk shows to housewives dramas. And there was never any sign or sight of an iPhone!

According to Wikipedia, the pilot episode 10 years ago garnered 15,246 million viewers, and the ratings remained sky-high for about seven seasons. But from season eight on, the ratings began to plunge, with season nine seeing the lowest in the shows history.

No mystery to me, as the Blue Bloods audience witnessed this once-terrific show go Oprahturning into both a social service and finger-wagging forum designed to set Commissioner Frank Reagan and his unenlightened family straight, to teach them the progressive values that the leftist writers they hired wanted them to learn: how to be a moral relativist, a multiculturalist, a politically correct jerk.

It is abundantly clear that the current writers had never watched the show, had no idea about the rock-ribbed simpatico dynamics of the Reagan family, had contempt for the police, and had a deep loathing of the Christian religion and prayer and even the mention of Jesus.

Why else would they have the always respectful sons of Frank Reagan and their grandfather Henry speak to them with such antagonistic, disrespectful language? Why would they feature rookie and even senior policemen speaking to the Commissioner in such brazenly inappropriate terms? Why would they completely eliminate the prayer before eating dinner and any reference to Jesus?

Why? I know nothing about corporate media or about who calls the shots and ultimately determines content. But this is an all-important election year, and we already see the Murdoch boys pushing their propertiesthe Wall Street Journal and Fox News, among othersin a distinctly leftward direction, so its not a far stretch to theorize that anti-Trump CBS-TV is also pushing their popular shows along the same route.

After all, why would they drag a veteran leftist, the seemingly dotty 90-year-old Ed Asner, out of his comfortable California home to star in a preposterous episode where the writers wasted our time watching Asner and his old friend Commissioner Reagan show off their knowledge of ancient movies?

Why? Clearly the writers want to make the Commissioner look like a regular guy, to reduce his gravitas, to make him less important.

Why would they feature the toughest guy in town, Commissioner Reagan, visiting the new Mayor of NYCwho told him the city needed a tougher P.R. person than Reagans longtime Chief of Staff Garrett Mooreand then portray the Commissioner as an emotional, conflicted, hand-wringing wuss over a simple executive decision?

Why? Again, an attempt by the writers to make the Commissioner look incapable of taking charge and getting something donein contrast to new progressive heroes like Congressmen Jerrold Nadler (D-NY) and Adam Schiff (D-CA).

Of course, the goal of the real wusses who are writing this junk is to convince the viewing public that theyve been wrong all along about Blue Bloods, that what we should really believe is that the police are the problem, prayer is the problem, Jesus is the problem, and we should vote for all the leftwing candidates who believe this tripe.

As for me and Steve, weve dropped this leftist travesty forever, and are now enjoying both reruns and new episodes of the quite fabulous and compelling Chicago PD! 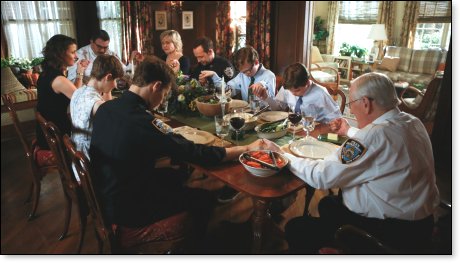