If the upcoming presidential election on November 3, 2020, were not so serious, it would be downright hilarious just watching the Democrats twist themselves into pretzels in their efforts to project onto President Trump their own lengthy and shameful record of racism. 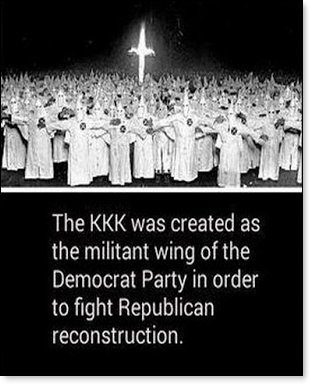 As Bill Federer of AmericanMinute.com has exhaustively documented:

This lopsided picture continued unabated through the 19th century and into the 20th century. Only space limitations prevent me from providing a doctoral thesis worth of sordid documentation. 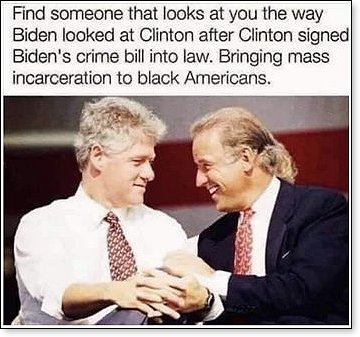 We all know that Democrats lionized their fellow Democrat, WVA Senator Robert Byrd, who personally filibustered the Civil Rights Bill for 14 hours and 13 minutes on June 10, 1964.

In 2010, Byrd was still around and was the Senates president pro tempore. And as all his colleagues knew, for many years he had also been a high-ranking member of the Ku Klux Klan Exalted Cyclops and Kleagle. Thats right, and Byrd also recruited 150 of his friends to start a new KKK chapter, as well as used the N-word on live television in 2001.

Not to omit that then-Senator Biden praised Byrd lavishly in his eulogy upon the former-KKK members death in 2010, as did current House Speaker Nancy Pelosi.

It comes as no surprise to anyone who has followed Bidens career that he also eulogized arch segregationist Strom Thurmond (D-SC), and had high praise for proud segregationists Sens. James Eastland (D-MS) and Herman Talmadge (D-GA), as well as for Governor George Wallacesegregation now, segregation tomorrow, segregation foreverwho blocked black students from entering the University of Alabama.

First prize definitely goes to Hillary Clinton who never fails to break into a thick Southern accent when speaking before a black audience, as in this cringe-producing performance in a church in Alabama when quoting a hymn familiar to the audienceI dont feel no ways tired.

Then there is the Democrat Governor of Virginia, Ralph Northam, all smeared in blackface and saying hes not sure if its him but that he distinctly remembers wearing blackface on a different occasion. Cant make it up. 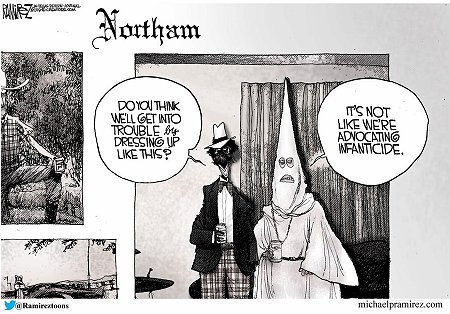 And who can ever forget Joe Bidens unforgettable words on hearing of the candidacy of Barack Obama for president: I mean, you got the first mainstream African-American who is articulate and bright and clean and a nice-looking guy. I mean, thats a storybook, man.

And yet, former VP Biden is the only candidate the Democrats could think of to run for the presidency! And now he says he prefers a woman of color to be his VP. Right here, I could say I rest my case about Democrats being racists.

How utterly patronizing! How pathetically bowing to "political correctness"! How blazingly typical of a Democrat to cite race instead of experience, credentials, track record, character, voting record, on and on.

Biden sounds like his old boss, Barack Obama, who wanted his regime to look like America, and in the name of political correctness, and with a fetish for a globalist/Islamist philosophy, ended upby design, I believewith the worst economy, the weakest military, and the most failed medical and educational systems in American history.which didnt look like any America most of the country recognized.

At this point, the Democrat Machine hopes they can get Joe Biden across the finish line so the really extreme far-leftist powers-that-be can inflict their noxious anti-Americanism, anti-Semitism, and inherent racismvia Antifa and Black Lives Matteron our entire country.

Clearly, what is systemic about racism in America can be found in the Democrats DNA.