After the 2016 presidential election, Democrats were consumed with anger, indignation, and a burning unquenchable fury. They had basked in smug satisfaction during the previous eight years as Barack Obama began to fulfill his campaign promise of October 28, 2005, of "fundamentally transforming the United States of America" from our Democratic Republic into a socialist utopia. And they were blind with rage that Hillary had been denied the next eight years to complete the mission.

Even more infuriating was the fact that everything the 2016 victor stood for was a repudiation of nearly a century of leftist strivings. In fact, candidate and then President Trump promised to overturn the Regressives most cherished values, including sky-high taxes, open borders, a weakened military, flawed foreign treaties, ongoing wars, the illiteracy roadmap called Common Core, and generations of impoverished, uneducated, imprisoned Blacks, and so on.

Rejecting nearly 250 years of the peaceful transition of presidential power, Democrats launched a four-year war against President Trumpmanufacturing a Russian-collusion hoax, a Ukraine hoax, a Stormy Daniels hoax, an impeachment hoax, on and on. All came to naught, but their efforts did expose the deep systemic corruption at the highest reaches of the Obama regimecorruption involving crimes as serious as sedition and treason!

Coincidentally, on the heels of the impeachment failure came the China virus, not only bringing our economyand the entire worldto a halt, but giving rise to unrestrained violence by bought-and-paid-for anarchist groups such as Antifa and Black Lives Matter in about 15 Democrat-run cities.

Then, President Trump tested positive for the coronavirus and was hospitalized to the everlastingand unseemlyglee of his opponents. However, that glee was short-lived as the president also triumphed over this assault, left the hospital after three days, and has been out campaigning in full Ironman mode ever since. 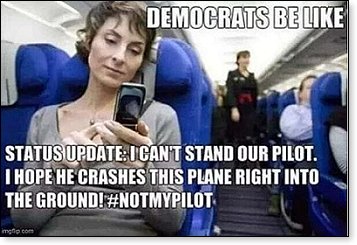 It is only a week and a half till the presidential election and the anger that once animated Democrats has been replaced by fearstark, bug-eyed, white-knuckle, deadly fear and dread.

Wherever their marching orders come fromleftist billionaire globalists, or China, as writer Daniel Greenfield spells outthey have now been reduced to holding their collective breaths in the hope that: 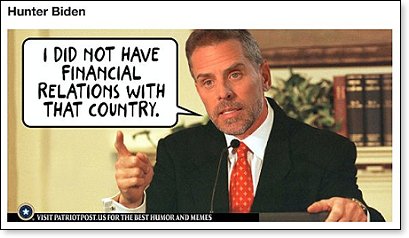 Journalist Jack Cashill asks: Can Democrats Sell Their Worst Candidate Ever? For all their talk of empowering women and minorities, he writes, leftists have used all their vast media, tech, and deep state power to sell America a corrupt old white guy of diminished mental capacity[by suppressing] the fact thatby any standardsBiden is a pedophile, a plagiarist, a liar, a hypocrite, andby the lefts standardsa racist, sexist, and warmonger as well as a credibly accused sexual predator.

But obviously, character is not what Democrats care about, as demonstrated by eight straight years of watching Bill Clinton spit in Hillarys face every single day with his serial affairs, or Barack Obama trot around the world bad-mouthing the country that gave him everything.

What they care about, as evidenced brazenly over the past four years, is getting rid of the guy who exposed their deep corruption, the better to avoid their inevitable prison sentences!

ALL HANDS ON DECK!

In short order, the now-hysterical Democrats have jumped into action.

Classy Democrats like Kristopher Jacks, chairman of the executive committee of the Colorado Democrat Party, threatened violence and murder if Trump wins, or as he said, Guillotines, motherfr. Kind of reminds you of Madonnas equally classy threat about burning down the White House, doesnt it?

But Jacks and Madonna and their quite numerous ilk are small potatoes. The bigger fish are also in full panic mode: 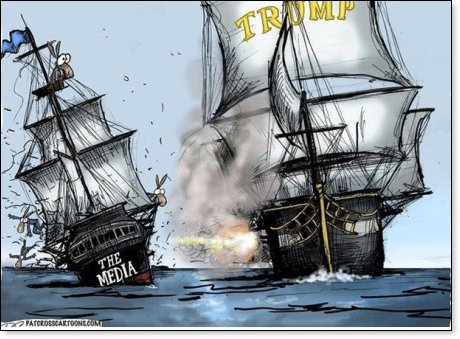 Why this desperation? Because the Democrat poohbahs also read the inside polling numbers and know things are looking grim for their basement-dwelling candidate. They are especially terrified because they know that a Trump victory will bring the two outcomes they fear most:

Thats why the Democrats are quaking with fear and dreadand we are all seeing it play out in living color as the few days till the election elapse.

After all the treachery, violence, duplicity, and hypocrisy that Democrats have displayed not only since citizen Donald J. Trump and his magnificent wife Melania descended the elevator in Trump Tower to announce his candidacy for POTUS, but for the past four years of the Democrats manic, vulgar, obsessed, and irrational behavior, it is fascinating to see these leftists in their full infantile-dependency mode, calling on their mommies and daddies in the media, big tech, and the Big Daddy billionaires to save them.

Given the choice between the systemic corruption and hate-America mentality of the left and the burgeoning peace, prosperity, and love-America administration of President Trump, pulling the right lever on November 3rd is a no-brainer!