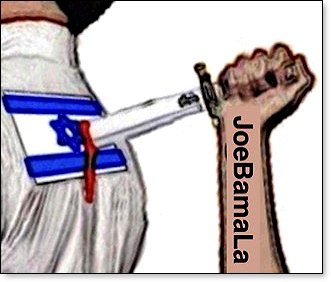 Yet, the longtime Sunday school teacher could not control himself when it came to revealing his hatred of Jews and detestation of Israelsentiments that ooze from his 96-year-old pores to this day.

I thought that Carter would hold the all-time record for in-your-face anti-Semitism, but then along came Barack Obama, with his undisguised animus toward Israel and his appointment to influential positions of a huge number of career Jew haters and loathers of Israel. I listed all of them in my article The Obama VoterNot this Jew.

As longtime journalist Ed Lasky of the American Thinker has written: One seemingly consistent theme running throughout Barack Obamas career is his comfort with aligning himself with people who are anti-Israel advocates.

And, I would add, anti-American advocates!

Right by Obamas side for his entire eight years in office was VP Joe Biden, consistently endorsing, approving of, and applauding his bosss policies, including the Iran deal, which pretended to delay the worlds most malign terrorist state from acquiring nuclear weapons that the mullahs said thenand say todayare intended to eliminate the State of Israel.

But really no surprise. Ole Joes antipathy toward Israel goes way back. According to a December 2020 article by writer David Israel, in the summer of 1973only months after Biden defeated a Republican incumbent to become the junior U.S. senator from Delawarehe visited the highest-ranking Egyptian officials and then, with treachery aforethought, delivered their disinformation to Israeli Prime Minister Golda Meir.

Biden told Meir that all the Egyptian VIPS affirmed Israels military superiority and assured him that it would be impossible for Egypt to go to war against Israel. We all know how that turned out, writer Israel reminds us, of the Yom Kippur War, with a decisive failure of U.S. intelligence agencies (surprise, surprise!) and grave losses for our most reliable ally in the Middle East.

Ten years later, in June 1982, Senator Joe Biden banged the desk in front of him with his fist at a Senate Foreign Relations Committee meeting and threatened then-Israeli Prime Minister Menachem Begin with cutting off aid to Israel.

Begin forcefully responded: Dont threaten us with cutting off your aid. It will not work. I am not a Jew with trembling knees. I am a proud Jew with 3,700 years of civilized history. Nobody came to our aid when we were dying in the gas chambers and ovens. Nobody came to our aid when we were striving to create our country. We paid for it. We fought for it. We died for it. We will stand by our principles. We will defend them. And, when necessary, we will die for them again, with or without your aid.

In 2015, on the occasion of Israels 67th birthday, then-VP Joe Biden said the following: Ive had the great privilege of knowing every Israeli Prime Minister since Golda Meir and more than just casually. And Ive worked with many of you in this room for up to 40 years. You know me. You raised me. You educated me. And I know you.

As journalist David Israel responded in his 2020 article: And we know you, too, President Joe Biden. And as you put it in 1973, we have no delusions.

And just the other day, on April 8, Holocaust Remembrance Daythe day that commemorates the six-million Jews who perished in the Holocaustthe Biden regime released its push for gun confiscation, red-flag laws, and the end of the Second Amendment.

So that very day, writer Steven Neill points out, we remembered the deaths of six million Jews at the hands of a tyrannical government and at the same time [Bidens] government is going full Nazi!

And in keeping with their vicious antagonism toward Jews and Israel, Joe Bidens Democrat-run House Foreign Affairs Committee released a Yom HaShoah statement that omitted reference to the six million Jews killed in the Holocaust and spelled Holocaust with a lowercase H.

RIGHT OUT OF THE BOX 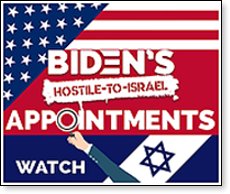 Less than two weeks after his inauguration on January 20, ole Joe immediately made key appointments of longtime Jew- and Israel-loathers. Here is a synopsis of those early appointments from my recent article Joes Jews:

MAHER BITAR for Senior Director for Intelligence of the National Security Council (NSC). According to Daniel Greenfield, Bitar is an aggressive anti-Israel activist and Boycott/Divest/Sanction (BDS) supporter who has called for the destruction of Israel.

ANTHONY BLINKEN for Secretary of State. He has praised radical anti-Israel J Street as a "constructive force, and opposed designating the terrorist Iranian IRGC as a foreign terror organization.

KRISTEN CLARKE as head of the Civil Rights Division of the Department of Justice. Paul Miller, executive director of the Haym Salomon Center, documents that Clarke has a troubling history of advocating for anti-Semites and representing anti-Semitic lies as fact.

REEMA DODIN for Deputy Director of the White House Office of Legislative Affairs. According to the Zionist Organization of America (ZOA), Dodins background as a Palestinian propagandist and supporter of suicide bombings is so egregious that she should be fired on the spot. Dodin also organized anti-Israel rallies at UC Berkeley, and has spread Medieval-style blood libels.

AVRIL HAINES for Director of National Intelligence. Described as being rabidly anti-Israel, last May she signed a vicious J Street letter with 30 notoriously Israel-loathing former foreign-policy officials calling on the Democrat Party to oppose Israels lawful rights in Judea and Samaria.

KARINE JEAN-PIERRE for White House Deputy Press Secretary. The former head of MoveOn.org, a far-left anti-Israel group, she has praised lawmakers for boycotting pro-Israel groups and has accused Israel of war crimes.

JOHN KERRY as Envoy for Climate. Adam Berkowitz has written that even the Israeli leftist newspaper Haaretz is appalled by John Kerry'sutter capitulation to Hamas. And Joseph Klein has written of Kerrys farewell stab at Israel when he was Secretary of State under Obama.

ALEJANDRO MAYORKAS for Secretary of the Department of Homeland Security, is a board member of HIAS, which partners with terrorism-financier Islamic Relief. He has undermined Israeli repatriation policiesand signed a letter defending and praising Jew-basher Linda Sarsour.

DENIS McDONOUGH for Secretary of Veterans Affairs. He has spoken at the anti-Israel J Street convention and falsely condemned Israels occupation.

WENDY SHERMAN for Deputy Secretary of State. Sherman negotiated the disastrous Iran deal. Again, ZOA spokesmen spell out Shermans threat to Israel of consequences from the United Nations (aka the virulently anti-Israel cesspool in NY City) if Israel did not accept a Palestinian (terror) state.

KEEPING UP THE DRUMBEAT

Since then, Biden has expanded his anti-Israel appointments and policies significantly. Clearly, whoever is running the show behind the armed camp at 1600 Pennsylvania Avenue believes that nothing is more important than undermining, sabotaging, and getting the Jews and Israel. 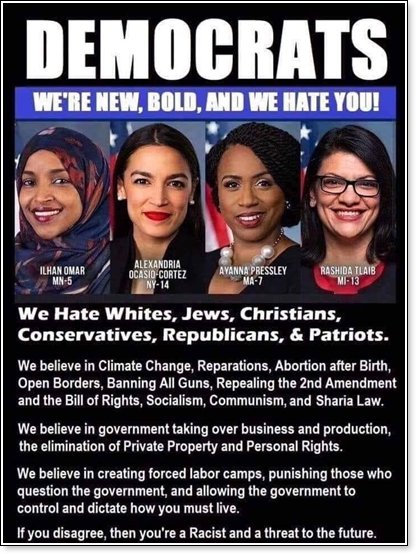 Space limitations prevent me from elaborating at length, but here are the cold, hard facts of some but not all of the Jew-and-Israel-detesting people Biden has appointed in just the past four or five weeks.

HADY AMR for Deputy Assistant Secretary of State for Near Eastern Affairs. As Daniel Greenfield spells out, AMR is in charge of setting the Biden administrations policy on Israelthe perfect pick, given his former praise for the Palestinian intifada and former role as a Fellow of the Brookings' Doha Center for Qatar, a tiny Islamic tyranny allied with Iran, Al Qaeda, and the Muslim Brotherhoodand a backer of Hamas.

PETE BUTTIGIEGa guy who now threatens to cut aid to Israelfor Secretary of Transportation. As Greenfield explains, Buttigieg is being advised by close associates of Obama and Soros, hence his wholehearted entrance into the anti-Israel echo chamber.

DEB HAALAND (D-NM) for Secretary of the Interior. In June 2020, she signed a vicious letteralong with anti-Semites Ilhan Omar (D-MN), Alexandria Ocasio Cortez (D-NY), and Democrat Betty McCollum (MN), and othersfalsely accusing Israelis of violence against the people who call themselves Palestinians.

ROBERT MALLEY for U.S. Special Envoy on Iran. Malley has a long and alarming record of anti-Israel hostility and appeasement of Iran, Hamas, the PLO, Yasser Arafat, Mahmoud Abbas, and Syria.

DENIS McDONOUGH (already mentioned) for Secretary of Veterans Affairs. According to the ZOA, while serving as Obamas chief-of-staff he gave a harsh, anti-Israel keynote speech at the anti-Israel group J Streets convention and falsely and maliciously called Israels presence on historic Jewish lands guaranteed to the Jewish people under international law an occupation of Palestinian land.

ERIN PELTON for Special Assistant to Biden and a Senior Adviser on Domestic Policy. She is a former lobbyist for Qatar, which has close ties to Iran, is a central hub for terrorism financing, and is also suspected of funding Hezbollah.

SAMANTHA POWER for head of the United States Agency for International Development (USAID). Obamas U.S. ambassador to the United Nations has, according to the ZOA, an "abominable anti-American, anti-Israel, pro-Iran record" [and a] history of anti-Israel statements and actions. Power indeed uses the mantra of human rights to condemn and damage human rights-loving countries, especially the U.S. and Israel, and to instead support murderous hateful regimes.

JEN PSAKI, White House Press Secretary. As a State Department spokesperson during the Obama-Biden regime, she questioned Israels commitment to peace, defended the U.S. working with the Hamas-Fatah-Palestinian Authority unity government while Hamas charter calls for Israels annihilation and murdering every Jew in existence, and was incapable of saying yes when asked if Israel was an important ally of the U.S.

SYMONE SANDERS for Senior Advisor and Chief Spokesperson to the Vice President, a woman who gave a free pass to avowed Jew-hater Linda Sarsour after Sarsours violence-inciting statements, such as a notorious tweet that throwing rocks at Israelis is the definition of courage.

UZRA ZEYA for Under Secretary of State for Civilian Security, Democracy, and Human Rights. She has a long record of denouncing the Israel lobby," according to journalist Hugh Fitzgerald, and fully supports the despotic and corrupt regimes of Hamas in Gaza and the Palestinian Authority in Judea and Samaria.

Among the Jew-hating policies the Biden administration has adopted are the following: 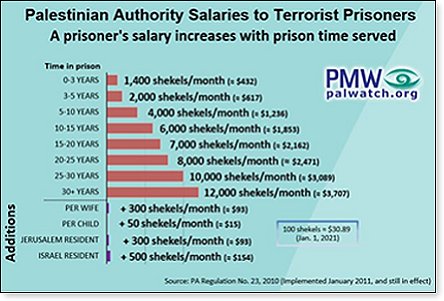 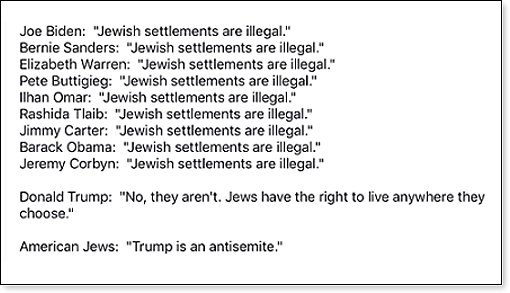 How could that be? What kind of psychopathology drives people to support a political candidate whose worldview and political philosophy wishes them dead? As Eileen Toplansky sagely asks: American Jewrywhen will you wake up?