In 1949, the trailblazing anti-racist musical “South Pacific”––created by composer Richard Rodgers and lyricist Oscar Hammerstein II––debuted on Broadway to wild critical acclaim, running for over five years in nearly 2,000 performances.

A particularly powerful and influential song from the musical, “You’ve Got to Be Carefully Taught,” carried the message that hatred does not arise spontaneously in the human species, but rather is inculcated––taught, sermonized, infused––by parents, teachers, coaches, political figures, or other impassioned haters. Here are the still-relevant lyrics:


The show takes place on a South Pacific island during World War II, which makes the lyrics relevant and understandable. This is why the world-famed composer (who was Jewish) and lyricist (whose father was Jewish) didn’t include the hatred for Jews that children have been taught for literally thousands of years.

CARRYING THE TORCH FOR THE OLDEST HATRED

When Americans see Joe Biden––or whoever is running the show for him and Kalamity––appointing a virtual Who’s Who of Jew- and Israel-haters to the highest positions in his regime and promulgating policies specifically designed to destroy Israel, it is clear that all of these appointees, as well as Ole Joe and Kalamity themselves, were very “carefully taught.” 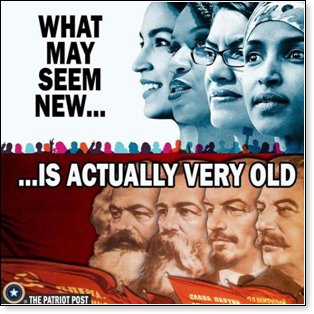 For a refresher, please see the documentation I’ve supplied of the alarmingly large number of vicious Jew haters and Israel loathers––the DNA anti-Semites––who Biden & Co. have put into the highest positions of the U.S. Government––look ‘em up!

In the interest of space limitations, I share Dan O’Donnell’s exhaustive research into Joe Biden's Six Decades of Racism, particularly when it comes to Blacks, and the Geller Report on how Biden has repeatedly betrayed Israel for the past many decades. No doubt this is why Vernon Jones, a Black Representative and lifelong Democrat from Georgia, called Biden "a full-blooded bigot."

Again, it is crystal clear that Biden and his appointees and the Squalid Squad who follow the Democrat racist line were all “carefully taught!”

If you’ve either lived through or studied Nazi Germany in the 1930s and 1940s, it is clear that a resurgence of the same kind of Jew hatred is now rearing its head in 2021. Of course, it started thousands of years ago, but it reappeared dramatically in 2009, when the Race-Baiter-in-Chief, Barack Obama, utilized his community-organizer, rabble-rouser tactics in the Oval Office, fomenting racial divisiveness, fabricating conflicts where none existed, and using his bully pulpit––with the collaboration of the bought-and-paid-for leftwing media––to manufacture “hate” crimes that were once, quite accurately, considered indisputable criminal acts.

All of Obama’s fancy footwork depended on the gullibility of the American public and its desire to see the first Black president––okay, half-black-half lily white––succeed.

This magical thinking has been used before, for instance when the proponents of Socialism-cum-Communism ultimately realized that this tyrannical system of government failed horribly in every country it’s been practiced throughout history, but still fantasized that they can do it better.

Similarly, and in spite of centuries of failures––even Hitler failed at extinguishing the Jews––the Jew haters think they’ve finally figured out a way to rid the world of the people who make them green with envy because of their accomplishments and successes and disproportionate contributions to the world.

In this century––largely as a result of global communication through the technology that puts fanatical haters in touch with each other––the Jew haters have made some disturbing inroads.

We now have a true pandemic of virulent anti-Semitism not only throughout the world, but right here in America, including on most college and university campuses, where massive Arab endowments have dictated anti-Semitic curricula and politics––which accounts for so many craven professors and administrators caving to the money and actually colluding with the Jew-hating students to vilify Jews and Israel.

Yes––right here in America we have a genuine pandemic of virulent anti-semitism, where the corrupt media turn a blind eye to the “carefully taught” racists and indefensibly ignore the innocent (often elderly) Jews who are attacked in the streets or have their synagogues lit on fire, or are murdered in cold blood and thrown off a third-story balcony, as was 65-year-old retired doctor and mother and grandmother Sarah Halimi, in France.

But who does the degenerate media applaud?

All of them carefully taught!

Again, because of space limitations, I will simply list some of the recent horrors that fall directly on the heads of Joe Biden and his racist handlers and appointees for both their promotion of Jew hatred and abject failure to condemn––and to stem––the tsunami of anti-Semitism now emblematic of his racist regime. This is a very small sample:

I rest my case. 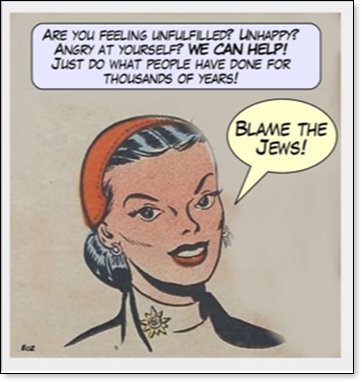 WHY JEWS DRIVE THE HATERS CRAZY

Jews like me who know Jewish history also know that we have been through this before and not only prevailed, but flourished, just as we will through this upheaval. Yet, the fight goes on with those “carefully taught” Jew haters who spend their days and nights and social occasions and professional time––even holidays––obsessing about those damn Jews.

How could it be, they wonder, that in a world of nearly eight billion people, this miniscule people––only 15 million!––could gain prominence in every country in which they land (even when they arrive with no money and not knowing the language), and inevitably manage to do amazing, world-changing things. For instance––again, this is the very, very short list!

Too many to name, too little space. Here’s another small taste: 10 Inventions by Jewish People that Changed the World and here: An Informal List of Jewish Inventions, Innovations and Radical Ideas.

These astounding contributions provide immense benefits to all those “carefully taught” Jew haters who have never figured out how to rid themselves and the world of the people who make them feel so bad about themselves, so inadequate, so un-chosen, so jealous!

Strangely, it is liberal Jews, and there are many of them––see my article: Suicidal Jews––who vote for the Jew-hating Democrats and raise not one objection when these floridly racist politicians are thunderously silent as their colleagues spew their anti-Semitic bile and then proceed to enact policies that are viciously antagonistic to Israel, the most egregious being their fanatical mission to allow Iran to develop nuclear weapons…a state whose mullahs have declared for decades that their intention is to wipe Israel off the map and kill every last Jew in the world. 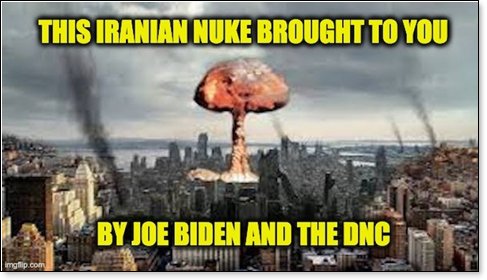 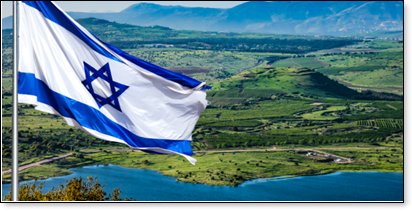 This is because the “values” leftist Jews and Democrat pols share override their interest in anti-Semitic American professors, violent Jew-hating racist groups like Black Lives Matter, or genocidal mullahs––values like saving the whales, the colossal hoax of global warming, and slaughtering infants in the womb right up to the moment of birth, ala New York Democrats, and equally if not more grotesque, infanticide after the baby has been born, ala the depraved Democrat Governor of Virginia, Ralph Northam.

These are the people who have been bleating “my body, my choice” for decades when it comes to abortion, while today they support the Biden regime’s call for mandatory injections of the experimental, non-FDA-approved, clinically controversial and even dangerous Covid-19 vaccines that stand for the opposite: my body––not my choice! 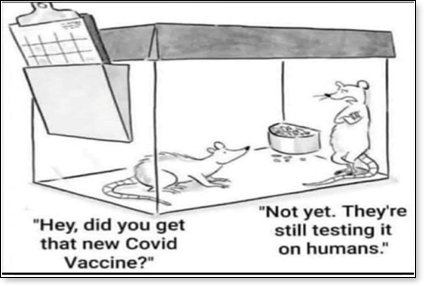 If you have a thought, an opinion, a grievance, or a disagreement with this or that policy emanating from the White House, take one minute––literally 60 seconds––to call:

Or send an e-mail to: Contact Us | The White House

You can do this every day! The White House accumulates Yes and No piles and often bases policies––or should––on the will of the American people.

Here is a listing and map of what the U.S. Senate election will look like in 2022.

Here is a listing and map of what the U.S. House of Representatives election will look like in 2022.

Keeping in mind that the Democrat Party is now the official party of racism and hatred of Jews and Israel, it is imperative that you vote for whoever is running against a Democrat and whoever is running against Republicans in Name Only (RINOs)—for instance Lisa Murkowski (AK), Liz Cheney (WY), Anthony Gonzalez (OH), Susan Collins (ME), Mitt Romney (UT), Pat Toomey (PA), et al.

And don’t send any of them a red cent!

It is now clear that Jewish organizations which once strongly advocated for Jewish issues and fought anti-Semitism aggressively no longer do so unless they involve politically correct issues that won’t inspire the vindictive wrath––and financial support––of Jewish Democrats.

Writer Seth Mandel elaborates on the rot inside American-Jewish organizations, as well as the Jews who are complicit in Jew hatred.

Those organizations include, among others: the UJA-Federation; the Anti-Defamation League (ADL) whose head, Jonathan Greenblatt, is a former employee of George Soros, the Clintons, and Barack Obama; the American Jewish Committee (AJC); the American Israel Public Affairs Committee (AIPAC); the Hillel chapters on college campuses and the Reform movement.

So don’t count on these organizations and don’t send them another dollar!

Martin Niemöller, a German theologian and Lutheran pastor during Hitler’s reign of terror, is famous for words that resonate to this day:

“First they came for the socialists, and I did not speak out because I was not a socialist.

Then they came for the Jews, and I did not speak out because I was not a Jew.

Then they came for me—and there was no one left to speak for me.”

It is not only Jews whose freedoms are threatened by the scourge of the racist regime now occupying the White House, it is every freedom-loving, non-racist American in this country––the vast majority! Never has the political action of We the People been more urgent. Time to act!