March 18, 2010
Since our last visit earlier this week, House Democrats  in collaboration with the White House  have plotted what appears to be the ultimate end-run around the Constitution of the United States.

This is the so-called (and aptly nicknamed) Slaughter rule. What it comes down to is this: You don't think you'll have the votes in the House to pass a clear path to government takeover of the nation's health care system? No problem; we'll just "deem" it to have passed anyway. And already there is some legal pushback  both against this attempted overthrow (albeit nonviolent) of constitutional order  and from state-level objections to the substance of the bill itself.

Mark R. Levin, President of the Landmark Legal Foundation, said his organization has prepared a lawsuit aimed at negating this power grab by Speaker Nancy Pelosi and her minions on Capitol Hill. Levin  also a popular radio talkshow host  says his legal action will be filed "the moment the House acts."

As of Wednesday night, the score in the House  according to a head-count by those responsible for keeping track  was 205 "no" votes against the Senate-passed health bill, 198 "yes" votes for it, and 28 undecided. Speaker Pelosi needs 216 "yes" votes to pass the Senate bill through the House.

The Slaughter rule  so nicknamed for Congresswoman Louise Slaughter, who chairs the powerful House Rules Committee  invokes a procedure by which the House will have "deemed" to have passed the Senate's Christmas Eve health takeover bill  without an actual vote on the floor of the House of Representatives.

We warned in this space a few days ago that all the talk by Democrats in Washington that they "will" have the votes to pass the measure was a head fake  designed to convey a false message that backers of the bill had it locked up and that you might as well give up and not waste your time calling your congressman.

Already that vain hope was going nowhere as bloggers, radio and TV commentators, editorialists, and columnists (including this one) urged to you to continue letting your representative know that you are aware of the shenanigans going on in this city, that you don't appreciate it, and that you want Congress to scrap this bill and start over on reforming the health care system. But then on Tuesday  for only the second time in his show's 22-year history  Rush Limbaugh urged his listeners to phone the Capitol, and that ushered an already overwhelmed switchboard into a tsunami-like bombardment.

In announcing his planned legal action, Levin declared, "Such a brazen violation of the core functions of Congress simply cannot be ignored. Article 1, Section 7, of the Constitution is clear respecting the manner in which a bill becomes law. Members are required to vote on this bill, not claim they did when they didn't. The Speaker of the House and her lieutenants are temporary custodians of congressional authority. They are not empowered to do permanent violence to our Constitution."

In the draft of his lawsuit, the nightly radio host and onetime Reagan administration official cited the precise constitutional wording that a law is enacted in conformance with the Constitution only if it (1) "containing its exact text, was approved by a majority of the Members of the House of Representatives; (2) the Senate approved exactly the same text; and (3) that text was signed into law by the President."

Continuing with Article 1, Section 7, here is the clincher: "But in all such cases, the votes of both Houses shall be determined by yeas and nays, and the names of the persons voting for and against the bill shall be entered in the journal of each House respectively."

It would seem that those acquainted with the most elemental construct of the plain English language would accept this reading as about as clear an intent of the Framers as one could imagine. Dictatorships the world over have managed to ride to power by ignoring such constraints on government authority.

Your congressman ducks the issue?

This ruse is not going to work with the public. If anything, it will backfire and raise the level of public disgust with Washington to stratospheric proportions. The monkey business involved here is political fodder for the Tea Party movement, which was founded on and continues to gain momentum on precisely this kind of official chicanery. Fat chance a tea partier will let his congressmen off the hook when he shrugs his shoulders and explains, "Hey, don't look at me. I didn't vote for that horrible Senate bill. I just voted to 'deem' that it had been passed by the House." 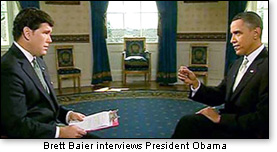 Any congressman who thinks his constituents are that stupid is likely to find out they see "deem" as just another word for "pretend."

Apparently President Obama doesn't think you care. He told TV anchor Brett Baier on Fox News that "I don't spend a lot of time worrying about what the procedural rules are in the House or in the Senate." To a born and raised Marxist, the Constitution is part of some arcane "procedural" spat  a flyspeck to be ignored.

There are those oppressives in Washington who will comfort themselves in a belief that the great unwashed in the provinces view congressional rulemaking disputes as somewhat opaque, or that that constituents simply don't give a "deem" (if we may be permitted that play on words).

However that scenario may have played out in the past, it is no longer the case. Columnist Tony Blankley said on the Washington Times syndicated radio talkshow Wednesday that when Washington officials or writers speak to audiences in other parts of the country, they are likely to run into questions from locals citing "Document A, Section 219" of which the guest speaker may not have an answer. It's remarkable how the internet has advanced public awareness of what goes on in government.

That outrage just adds to the widespread indignation with the substance of the bill itself  many times outlined in this space  i.e., forcing you to purchase health insurance, jobs-killing tax increases, the debt it piles on our children and grandchildren, etc.

Defiance in the precincts

Meanwhile, Idaho became the first state to go officially on record in the nationwide fight against the 2700-page Senate-passed monstrosity. Governor C.L. "Butch" Otter signed a measure requiring the state attorney general to sue the federal government if its residents are forced to buy health insurance.

Governor Otter  himself a former member of Congress  told reporters in Boise, "The ivory tower folks will tell you, 'No, they're not going anywhere. But I'll tell you what; you get 36 states, that's a critical mass. That's a constitutional mass."

Actually, according to the AP, similar defiant legislation is pending in 37 states across this land. Virginia lawmakers have taken similar action, but Idaho is the first to reach the goal of a governor's signature on the legislation.

We have not begun to fight

This is going to play itself out over the years if the great pretend process in Congress is successful and gets President Obama's signature.

The Republicans have vowed that if that happens, they will campaign in the fall elections promising to repeal the law. The problem with that, of course, is that even if the GOP regains control of Congress, the president will still be in the White House, and overriding a veto with a two-thirds majority in both houses is very difficult even under the most favorable circumstances.

That is why every freedom-loving citizen needs to keep the pressure going full-tilt. This is the week to stop the legislative assault on the American people. Contact your congressman  now. (See the end of our March 15 column for contact information.)