Wes Vernon
Book review: How the railroad changed a nation

September 5, 2011
RAILROADED: THE TRANSCONTINENTALS AND THE MAKING OF MODERN AMERICA
By Richard White
Norton, $35, 515 pages 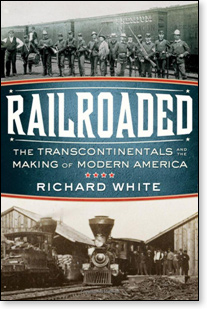 History has pictured the great railroad-driven 19th century settlement of the deserts, mountains and flatlands of the American West as a mixed blessing.

The railroad barons of the era were devious and knew how to cut ethical corners, but they achieved the noble end result of bringing our then-very-young nation together, much to our economic and cultural benefit to this day.

Richard White is having none of that "on the other hand" judgment. In his "Railroaded: The Transcontinentals and the Making of Modern America," the author believes the venture was, in fact, the nation's folly given the greed and corruption involved. He also concludes the project itself was ill-advised, a waste of taxpayers' money.

Whatever one thinks of Mr. White's general outlook, there is no denying his scholarship, as one would expect from a past president of the Organization of American Historians, and a history professor at Stanford University (whose founder Leland Stanford is a culprit in Mr. White's narrative).

The author apparently tracked down nearly every transaction, both over and under the table that in any way concerned this project that shaped the United States, ultimately facilitating its emergence as a world power.

In addition to ethical shortcuts, the pressure was on to proceed in haste. That resulted in shoddy work, much of which had to be redone, as the major players lined their pockets. They repeatedly told themselves they deserved it. As the author writes: "[Collis P.] Huntington [a power in the Central Pacific, one of two companies involved in the first transcontinental railway] insisted that the Associates [four project insiders] never offered bribes for official favors, and this was a lie; what he meant was that they did not bribe friends. ... Friends reciprocated favors." Of course, when the corrupt are in power, he added, "bribery may be the last and only means left to honest men."

Such cynicism was an underlying factor in the creation of the firm Credit Mobilier, which (making a long story fit limited space) was the project's cash cow (money launderer in today's language). That company was the means through which the thinly disguised payoffs went to the lawmakers who voted on railroad subsidies. Many of the unethical methods utilized were actually legal, indicating that there was more to the "wild untamed West" than that depicted in Hollywood's Grade B giddyup Western movies.

Ultimately, the scandal became an issue in the 1872 election, and Massachusetts Rep. Oakes Ames, who had sold company stock to many of his colleagues at cut rates, became the fall guy when he was censured by the House. 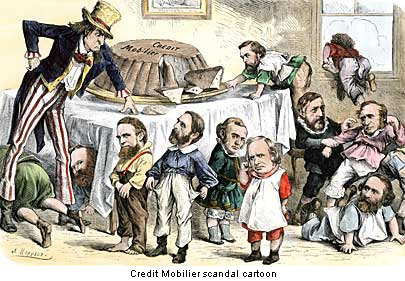 Much of the focus in the Credit Mobilier scandal is directed toward the Union Pacific, which built the eastern half of the first transcontinental railroad westward from Omaha to meet up with the aforementioned Central Pacific, which built eastward from California. The result was the famous driving of the spike when the two projects met at Promontory Point in Utah.

Many of the author's findings spotlight incompetence on the part of the rail tycoons connected with the Union Pacific-Central Pacific alliance. His villains also include the likes of Jay Cooke and Henry Villard of Northern Pacific, as well as bankers and executives connected in one way or another with the Atchison, Topeka, and the Santa Fe Railway, and the list goes on.

Even James J. Hill, the "Empire Builder" himself, does not escape this volume entirely unscathed, notwithstanding that he built the Great Northern Railway with no direct government subsidies and took care to make certain only quality material went into the line's construction.

And here one concludes with a split judgment on the book: The research and scholarship are first-rate. Some of the author's conclusions are debatable.

"The issue," he tells us, "is not whether transcontinentals eventually proved to be a good idea; it is whether they were a good idea in the mid and late nineteenth century."

But the United States had just acquired the vast wilderness beyond the Mississippi River, and President Abraham Lincoln envisioned a developed powerhouse nation for future generations. "Railroaded," however, questions why the steel ribbons were constructed "at a time when there was so little need of them."

Need? Perhaps one might also say the 20th-century interstate highway system should not have been built until there were rest stops, restaurants and motels to accommodate the motorists. Transportation infrastructure often generates economically beneficial activity, not the other way around. 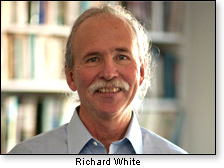 Later, as the industrial revolution matured, laws and regulations were put in place to avoid future Credit Mobilier-like scandals. With experience as the teacher, the question arises: To what extent is it entirely fair to judge the past through the eyes of the present?

Overall, Mr. White has given us an excellent reference work for the origins of the railroads that facilitated expanded commerce in a growing nation.

Wes Vernon, Washington-based writer and broadcast journalist, writes a column for RenewAmerica.com and a rail-industry column for Railfan and Railroad magazine.


Reprinted with permission of The Washington Times

NOTE: Judging by some feedback from our last (Sept. 1) RA column, we clarify: As stated at the outset, A — we endorse no one for the GOP presidential nomination; and B — our focus was to be those proposals Governror Rick Perry has made that would involve a Constitutional Amendment.

I assumed — apparently incorrectly — that when I further stated that despite some reservations (which were expressed specifically in discussing those ideas) the governor and our column were basically "on the same page," it would be understood that the comment was aimed only at those proposed amendments. My attention since then has been called to other Perry policy initiatives (of which I was well aware) concerning immigration and other issues.

Reasonable space limitations considered, it is possible to focus on just so much substance in a single column. I also ended by noting there is plenty of time for all the issues to shake out in the debates and primaries. ...WV