November 28, 2011
RED ARMY: THE RADICAL NETWORK THAT MUST BE DEFEATED TO SAVE AMERICA
By Aaron Klein and Brenda J. Elliott
Broadside Books, $26.99, 351 pages 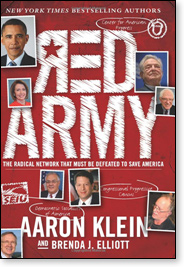 America is under attack. Not by a uniformed army with rifles and tanks. But the invasion is here and advancing. The soldiers of the attacking "Red Army" are part of a "radical network" that "excels at lying in wait and perfecting its assault so that when the right vehicle arrives, whether it's President Obama or someone else, it is ready to strike."

Such is the "mostly legal" table that is being set right before our eyes for America's ultimate downfall, as documented in "Red Army: The Radical Network That Must Be Defeated to Save America."

Authors Aaron Klein and Brenda J. Elliott name names, dates and places and have traced the conspiracy going back many decades. While most of us have been doing our jobs, paying our bills, raising our families, attending football games on Friday night and generally minding our business, a network of willful socialists, anarchists, outright communists (both large and small "c") and America-hating revolutionaries of other stripes has been boring from within to tear down what Ronald Reagan used to define as our "shining city on the hill."

We are not referring here to the ragtag, overtly violent type on an obvious glide-path to prison. This book identifies mostly "respectable" revolutionaries in suits and ties and expensive dresses and gowns.

They are found wielding immense influence in our classrooms, media, Congress, the White House, government bureaucracies, foundations, the environmental movement, the labor movement, the "peace" movement, immigrants rights groups (provided the immigrants are illegal), the "economic democracy" movement and even in those corporate boardrooms where the capitalist system can be undermined effectively. "Millionaires and billionaires"? George Soros' money trail, omitted from President Obama's lectures on "the top 1 percent," is spotlighted throughout these pages.

Those Americans who want to keep track of the effort to pick their pockets, destroy their lives and bring down their country will find "Red Army" to be an excellent reference work. The authors helpfully have provided an appendix listing the groups on Capitol Hill that are working to steer America's road to socialism.

The Klein-Elliott volume will come in handy the next time a radical statist congressman pops up on television with some redistributionist propaganda. The viewer can instantly check to see if that lawmaker is one of the 75 members of the Congressional Progressive Caucus (CPC), originally founded as a "sister" of the Democratic Socialists of America. DSA, in turn, is an affiliate of Socialist International, which, the authors tell us, "has never wavered from the goal of global governance and worldwide socialism." 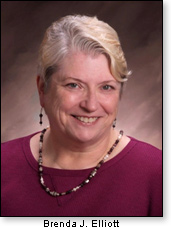 If your member of Congress uses "Mom 'n' apple pie" language back home, discovery of his membership in CPC likely would be an awakening moment.

The book similarly enhances its reference value with a glossary listing many groups in the socialist "Red Army." It includes 56 socialist-oriented organizations of all stripes, from the Communist Party USA to the Soros-affiliated Open Society Institute to the Council on American-Islamic Relations (CAIR) to scandal-ridden ACORN to the AFL-CIO. The latter suggests the list includes groups that do not necessarily speak for their rank and file, though others indeed do focus on the hard core.

Some worthy causes were "hijacked" by the Red Army, i.e. the Annenberg Challenge, originally aimed at school reform but compromised, including on the local level, as with Barack Obama as the Chicago affiliate's first chairman. "Communist revolutionary" Weather Underground founder Bill Ayers is identified as possibly a de facto "education czar."

The authors preview the coming showdown on Obamacare, the socialized-medicine scheme that originated with "a slew of radicals," and key players are identified.

The book winds up with a look at what may be the ultimate step to overtake us. In the chapter "Amnesty Shamnesty," we learn some details of a plan to legalize millions of illegal aliens and, in the words of activist Eliseo Medina, put "12 million people on the path to citizenship and eventually [leftist] voters."

Meanwhile, the authors show how Mr. Obama, as a senator and then president, has kicked the immigration "reform" can down the road. "It may be the West Wing's strategy," they write, to milk it on the campaign trail as a wedge issue, aimed at the vote-eligible Latinos in 2012. After that, the "eventual" 12-million-voter takeover presumably will materialize. 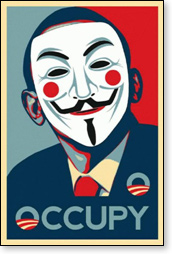 This book went to print before the emergence of the Occupy Wall Street (OWS) movement. However, Mr. Klein believes the Red Army is all over that phenomenon, "which has White House ties." He has written that as OWS has become increasingly confrontational nationwide, "there are some indications that the anti-capitalist movement intends to turn deliberately violent." Possibly a preview of a follow-up book?