February 27, 2012
Many viewers scratched their heads during a Republican presidential candidate debate when George Stephanopoulos, an erstwhile Clinton administration official, suddenly brought up the question of contraception. 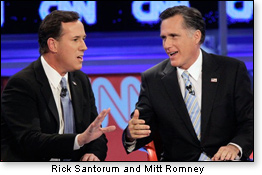 Not a single state in the nation was considering the idea of banning the birth-control practice, nor was it a matter of national debate, raging or otherwise. Why then was it raised? Mitt Romney, after trying to navigate the seemingly never-ending cross-examination from the Democrat with press credentials, declared the line of questioning to be "silliness."

One month later, the administration announced an Obamacare policy of requiring religious-controlled institutions to cover birth control pills as part of their employee insurance policies.

That stirred a push-back from high officials of the Catholic Church, but spokesmen for other faiths added their criticism that the administration initiative would infringe on religious liberty — i.e., if they can force the Catholic Church to buckle on this issue, how long before they deny other denominations their rights?

The White House offered a fig-leaf compromise, which left most critics dissatisfied. Religious entities are often lectured they must observe the traditional "separation of church and state." As the White House strong-arm tactic has demonstrated, few such critics aim their rhetorical fire at the failure of government entities to observe that same "wall of separation."

So why would the Obama administration in an election year risk "the Catholic vote?" Did the White House calculate that picking a fight with religious groups would fire up its secular base? Possibly, and besides, the president's supporters likely figured since many Catholic women have used birth control, the political price to be paid would be minimal. They learned, however, that even casual church members resented the intrusion. 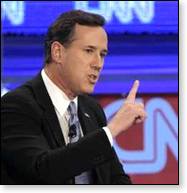 But one smells an even more obvious "rat" here. It was not long before Rick Santorum (not Romney) was pelted with more questions on contraception. He answered that, in keeping with his faith, he personally believes the practice is wrong, while adding that, as president, he would in no way seek to impose that belief into the sphere of government policy and would resist any attempt to do so. You may have noticed that the latter point is usually ignored or played down by the media.

You are also earnestly urged to believe there was absolutely no collusion between the White House and Stephanopoulos in the timeline of this one-two punch. Was the former Pennsylvania senator the real target from the start? Directing the question initially to Santorum, who had already written and spoken on the matter, would have been be too obvious. After all, part of the Santorum tax plan would triple the deduction for each child — which would encourage more child-birth. (Governor Romney's faith also has encouraged large families, but he has not put it at the forefront of his political discourse).

The result of the entire public firestorm is that it has delivered to the media a golden opportunity to focus on contraception at a time when Iran is on the cusp of nuclear weapons capability and as the whole Western world's economy is on the verge of tanking because of its indebtedness.

Even some of Senator Santorum's supporters concede that he could have done a better job of handling the political curveball that has been hurled in his path. (Contrast that with the media's servile obedience to Nancy Pelosi when she refused to answer any further questions on an embarrassing moment for her. If Rick Santorum were to do the same thing in this case, he would give the press corps scribblers an occasion to demonstrate how "unbiased" and "non-partisan" they are). 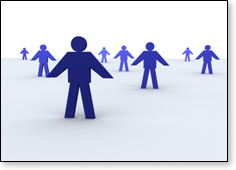 There is a widespread consensus among political consultants that our "Birth Dearth" problem (to quote a 1987 book by that name) is not something any candidate for public office can hope to tackle. It is deemed too "personal" for the electoral arena.

Which does not mean it should be ignored in other venues. Quite the opposite. Demographers have reported that birthrates in Europe and much of North America are way below those of previous generations and are — or in some cases soon will be — inadequate to produce population replacements. How did that happen?

Recall the "counter-culture" of the late sixties/early seventies gave birth to the so-called "feminist movement" with an anti-family message. Some of its highest profile proponents condemned monogamous marriage as akin to rape or prostitution; rated pregnancy as a disease; and declared that "the nuclear family must be destroyed." Books such as Ellen Peck's The Baby Trap remained on the best-seller list for weeks.

Did you notice how such "personal" views were confined to the private, non-public arenas (Not!)? On the federal, state, and national levels, you will find pressures on government to enact directives and legislation aimed at encouraging the anti-family agenda.

While Third World poor nations have ignored the dire Malthusian "small families" message propagated by anti-intact family groups, Western nations — Europe and North America — have taken it to heart. Americans don't need a politician to publicize the problem. It is simply a well-publicized fact. As we have seen, a candidate (Santorum or whoever) who talks about it can find himself walking on eggs, but overall public silence will not cause the statistics to vanish.

It was Ernest Hemingway who said, "The richer a nation becomes, the fewer its children, and the sooner it begins to die."

Is Western Civilization on the road to its own funeral because of the birth dearth? That question may be too hot for the political class to handle. But on some level and through whatever means, we need to have that national conversation.