Let your imagination run wild: What if President William Howard Taft suddenly disappeared nearly 100 years ago on his way out the White House door and was resurrected (as certified by scientists) in 2012?

That fantasy would leave intact his previous life's accomplishments as an educator, solicitor general, holder of two judgeships, governor-general of the Philippines and, of course, president for four years. 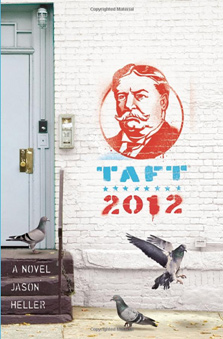 In "Taft 2012," Taft's nine years (1921-1930) as chief justice of the United States are necessarily omitted because they occurred during the 100 years of his mysterious absence.

No small matter, given that a seat on the high court was his ultimate ambition. (Yes, even more than the presidency, which he had little interest in seeking. The Republican Party and his ambitious wife, Nellie, persuaded Taft to go for the White House.)

Even minus the Supreme Court years, the rest of Taft's distinguished career is ample grist for a fictitious mill of speculation as to how our 27th president would view 21st-century America.

However, speculative fiction such as this would do well at least to present its main character in a way that comports with the historical record. Otherwise, what's the point? Why not just write fiction?

Yes, a returned William Howard Taft likely would be heartened that black people occupy prominent positions in the U.S. mainstream, including that a black American could ascend to his old job at 1600 Pennsylvania Avenue, however horrifying he would find the substance of President Obama's worldview.

However, if William Howard Taft were back with us in 2012, is it not logical that his interest in the 2012 presidential race would transcend the relatively incidental focus "Taft 2012" accords it? Would he not trade barbs with the candidates?

What about same-sex marriage? Abortion? A mandate that every citizen purchase health insurance? Would not Taft, whose brilliant legal mind made him a stickler for the law and the Constitution, have something to say about these suddenly discovered "constitutional rights"?

Or a tax code whereby half the population subsidizes the other half? Say it isn't so.

The author puts some unlikely words in Taft's mouth. He posits the former president advocating "a new Bull Moose Party," the nickname of Teddy Roosevelt's third party in the 1912 campaign (when Taft trailed both Roosevelt and the victorious Democrat, Woodrow Wilson).

The Bull Moose Party platform included a National Health Service (see Obamacare a century later), a death tax, a federal income tax and election laws that would diminish legitimate state prerogatives. This is Taft in 2012? 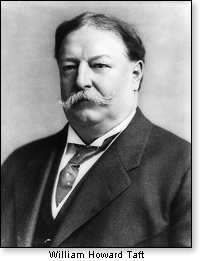 The 20th-century president hints at a relaxed attitude about illegal immigration, and he tells his new friends he's not excited about "the war on drugs."

Some 21st-century statements in this book blend truth with allegations out of thin air, as with the TV host who says the economy is "in a shambles"(yes) and that there is "more disenfranchisement among voters than ever before." (What?)

The book's dialogue defines the Taft administration as having been "sandwiched between" Teddy Roosevelt's and Woodrow Wilson's in the same sense that tiny Luxembourg is sandwiched between Belgium and France.

In fact, history has been much kinder to the "sandwiched" president's later years as chief justice. Moreover, in his capacity as chief justice and president, Taft said the president could exercise no power that could not be fairly traced to some specific grant of power by the Constitution or Congress. On occasion, Roosevelt and Wilson (sometimes with much disdain) evaded restraints on their powers.

At best, "Taft 2012" is beach reading. Someday, one hopes, there will be a book (fiction or not) that accurately portrays Taft versus 21st-century American culture.