Capturing the "see no (or little) evil" mentality that plagued a war-weary America in 1949 requires no small amount of research. That was post-war America. Both peace and prosperity had returned for the first time since the 1929 market crash.

It was back to "normal." Sacrifices of the Great Depression and World War II were in the past. Who wanted to hear about yet another aggressor, the Soviet Union? Our job was done. We didn't want to hear that Josef Stalin had picked up where Adolph Hitler left off? Or that he had enslaved half of the Europe we had rescued from the Nazis? 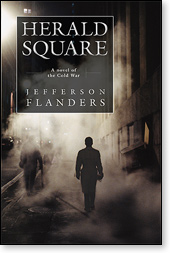 Forget the Hitler-Stalin pact that arguably started the war. That was then, this was now. Goodbye to all that.

In his premiere spy thriller "Herald Square: a Novel of the Cold War," Jefferson Flanders depicts how that attitude amongst many rank-and-file Americans was only slightly less prevalent amongst people who should have known better: the news media. (Full disclosure: the author's late father was a respected colleague of mine from my broadcast days.)

The star of this fast-moving suspenseful fiction is a New York City newspaper columnist, Dennis Collins who gets himself into the kind of clashes (some physical and/or life-threatening) that call to mind the detective Sam Spade portrayed on radio and television in those same years by Howard Duff.

A fictional private eye like Sam Spade can expect the slam! Bang! Pow! lifestyle. Collins whose forte is sports (about which he is a walking encyclopedia), also writes about politics, regarding which his understanding is far less comprehensive. What makes this novel a page-turner is the way he mixes the two in his writing and the consequences thereof. Thugs of the sports underworld and of Soviet kidnappers loom large in his life.

Our hero's wisdom (in this native New Yorker's opinion) in favoring the old Brooklyn Dodgers is offset by his naiveté regarding the extent to which Stalin's agents are busy at work on our soil with every intention of bringing us down.

The result is that Denny Collins does not always place his trust where it is deserved. Just one example: If a man invites a woman into his bedroom, it's not smart (no matter how long the friendship) to mention casually that classified material is on the nightstand. Also, when he knows that murderous Moscow-directed Soviet cut-throats are after him and the lady he's with, it's best not to advise the endangered woman to wait in the vestibule of her apartment while he goes to the next block to hail a taxi. 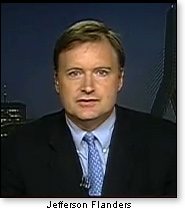 Many of the newspaperman's questionable assumptions are reflected in the entree the author gives us as to what goes on in Collins' mind. The scribe dismisses congressional probers (whose job is to oversee and legislate on internal security issues) as "witch-hunters." He is skeptical of the case against Alger Hiss until close to the latter's ultimate conviction.

The FBI and CIA come off not much better in his estimation. True, their agents in his life are not necessarily the nicest people one would want to know, but he would not have known them were it not for some red-hot classified material illegally in his possession thanks to a loyalty suspect.

While properly eschewing ethnic slurs, columnist Collins makes an exception by wondering if an anti-communist congressman with a German-sounding name might be some kind of crypto-Nazi, apparently unaware that (real-life) congressmen served in the U.S. Army in World War II.

Incredibly, some of the blasé ignorance in this chain of events is found inside the government itself where the phrase "powerful Republicans, including Senator McCarran" is uttered. Sen. Patrick McCarran was a Democrat until the day he died.

Ah, but this is just fiction, after all. So if a sports-first columnist "knows things that just aren't so" (in Ronald Reagan's phraseology) well, lots of people then, even in government, were similarly uninformed.

Forget that hundreds of Soviet agents populated our government (despite our hero's assumptions) before, during and after World War II. They were not merely passing documents to Stalin's minions. More importantly (as noted by Whittaker Chambers, a Cold War hero) they were in positions to influence policy. That is where the lion's share of their damage was done.

Decades later, the Venona materials would be made public, clearly identifying the names of thousands of Soviet agents, and not incidentally largely validating the "witch-hunters." Extensive as that report was, it was far from exhaustive. Hundreds more — not named in that document — were at work against America.

"Herald Square" is well-written, action packed and engrossing. A decent man pays a tragic personal price for ignoring the advice of his older (and wiser) "tough cop" brother. Lesson learned? One hopes for a sequel.