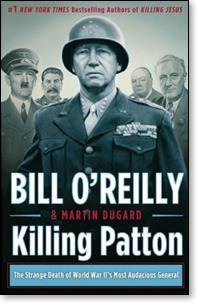 "If you have read 'Killing Kennedy,'" Bill O'Reilly reminds his readers, "you know that Martin Dugard and I are not conspiracy theorists. We write from a factual point of view, with no axes to grind."

Thus, on the "afterword" page of "Killing Patton" author and TV commentator O'Reilly seeks to assure those who have just read this most recent volume in the co-authored (with Mr. Dugard) "Killing" series that their findings are simply facts, not hype.

Careful weeks or months of shoe-leather detective work, buttressed by research, access to decades-old correspondence never before publicized, and interrogations of sources from around the world, have combined to give us "Killing Patton: The Strange Death of World War II's Most Audacious General."

The famous tank commander had the proverbial bulls-eye on his back from the day it was known that he did not trust our World War II "ally," Marshall Josef Stalin. That was at a time when official U.S. government policy was to lure Stalin's Soviet Union to join other allies (post-war) in forming and operating what became the United Nations.

General Patton's complaints included an order he was given that American troops hold back on entering Berlin from the west until the Soviet troops could arrive in Germany from the east.

As the general saw it, we were rewarding Stalin for conquering Eastern and parts of Central Europe and we failed to hold the Soviets to their promise to enable its occupied countries to implement democracy in selecting their legitimate post-war governments. Instead they were coerced into living with a Soviet grip on that large part of the world for fifty years.

General Patton did not live to see his dire predictions verified. In December of 1945, just a few months after war's end, he was killed in an automobile crash which was considered (by the authors, as well as by others) no accident. (More on that below.) 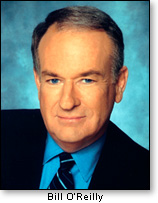 O'Reilly and Dugard approach some of the most shocking conversations and revelations in a non-inflammatory manner, as if simply dropped (a la "Oh, by the way") into the midst of some routine report.

Example 1 – "[General "Wild Bill"] Donovan, head of the Office of Strategic Services [OSS] meets with Professor Roman Smal-Stovki, an academic and former Ukrainian diplomat who is on the verge of being expelled from Germany and sent back to Russian hands. Smal-Stocki informs [Stephen] Skubik, a [Ukrainian-speaking] special agent in the U.S.Counterintelligence Corps that the NKVD will soon attempt to kill General George Patton. "Stalin wants him dead."

Or try this: It was early 1945. The scene: a luxurious London hotel. Over lunch: 1-Gen. William Donovan (whose wartime OSS was a precursor to the CIA) and 2-Douglas Bazata, former U.S. Marine and member of Operation Jedburgh, a behind-enemy-lines sabotage unit. Background: Donovan (much to the chagrin of some, including Patton) had no problems with hiring communists in the OSS, hoping to secure Russia's post-war cooperation.

Bazata: "You have an additional mission for me?"

Donovan: "Douglas, I do indeed have a problem. It is the extreme disobedience of General George Patton..." 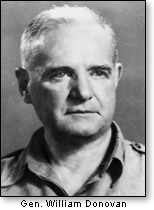 Donovan: "Yes, Douglas. You do what you must."

No direct connection is claimed outright, but the authors mention that unbeknownst to him, General Donovan's closest aide Duncan Lee was a "double agent" for the NKVD

On the cold dank morning of December 9, the outspoken general was driven in Berlin by friends on an anticipated hunting trip. A truck driven by Tech. Sgt. Robert Thompson drove right in front of the Patton car, did not slow down – in fact sped up, even though a collision could have been avoided. Patton complained of paralysis.

What followed was a string of official and independent investigations and reports that oddly (or not) went "missing."

Thompson would soon "vanish." The general would later die in the hospital. Many question the coroner's verdict of death by "natural causes."

"Killing Patton" is rich in blow-by-blow accounts of some of the most significant battles of World War II, as well as many off-battlefield lives of its primary movers whose personalities virtually come to life in this well-crafted narrative.

We get Hitler's contemplative mood before his double suicide with his mistress Eva Braun, who spends the last few minutes of her life dancing merrily in the bunker of her beloved Adolph; and Stalin in his private getaway where he has signed the death warrants of forty thousand people.

Are others implicated by "looking the other way?"

Public figures, honored in life and at their funerals – seldom undergo a post-mortem revision in reputation. "Killing Patton" presents the reader with multiple clues to a mystery verifying the truth as "stranger than fiction."