August 12, 2016
The question essentially raised in our last column is: Are the Clintons marching toward ultimate earthly power in a virtual locking of arms with Russia's Vladimir Putin?

It doesn't matter whether, as some have charged, the former Soviet KGB operative is "Stalin II," hell-bent on reviving the Cold War. The man's actions, almost from Day 1 of his regime, strongly indicate that he intends – one way or another – to take us down. 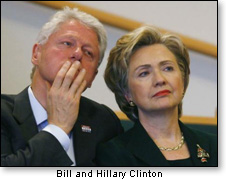 The new book Clinton Cash exposes the Clintons for what amounts to a complex scheme whereby Putin, the Clinton Foundation, and the Clintons themselves are advancing on the world stage, apparently depending on each other. Though motives may differ, the ends are strikingly similar:

1 – The Clintons line their pockets with Bill's speaking fees.

3 – Russia gets access to much of America's uranium supply.

All three – for different reasons and with or without knowing coordination – stand to benefit big time. For America, its own actual cut of the deal is......nothing, other than.......

4 – For the world at large (which of course, very much includes America), years of living in heightened fear of nuclear attacks from aggressive "bad guys" on the world stage – large and small.

During the same time-frame, the Russians supposedly will end up in an ideal (for them) position to sell that potentially war-making materiel to any one or more of America's enemies. It takes no imagination to posit the delight of an Iran or North Korea, for example, to make short work of America with what had been America's own potential ammunition.

This has been uncovered or "gumshoed" by author Peter Schweizer in the best tradition of investigative reporting, in Part One of our look at the "Clinton Cash."

Schweizer has followed what has become a familiar routine for the Clintons, who – along with O.J. Simpson – made the nineties the "getting-away-with-it" decade, and whose practices did not cease when the calendar decade came to an end.

It remains to be seen, however, whether the Clintons "get away with" (depending on how it finally turns out) what amounts to a march along the rough edges of "the T word."

In more recent times, Hillary Clinton was exposed for reckless endangerment in handling classified e-mails, making it possible for America's enemies to obtain them. The Democrat presidential hopeful was following a pattern that arguably should bar her from the White House for life, let alone seeking the office of Commander-in-Chief. (At the time of this writing, reports have it that an American spy inside Iran has been discovered – possibly through one of Hillary's hacked e-mails – and killed.)

In fact, FBI Director James Comey had already listed Hillary's "extremely careless" handling of e-mails, but stopped short of having the former Secretary of State indicted. 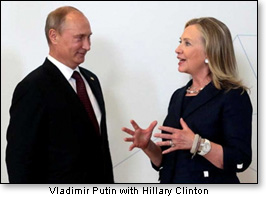 Two things saved Mrs. Clinton from being cuffed before she could continue to impose unacceptable risks to our lives:

1 – Director Comey did not want to plunge his "nonpolitical office" into the midst of a high-profile (watched worldwide) political race involving the first woman nominated for President of the United States. Besides which:

2 – The director, it is safe to say, preferred to avoid "the Ken Starr treatment." Remember Mr. Starr? With all the special prosecutors who have in fact abused their near carte blanche authority, leave it to the Clinton machine to guttersnipe one of the most mild-mannered, scrupulously fair-minded barristers ever to take on the task.

Though Starr in the nineties and Comey in the current era were put in tough spots, this column knows of no language in the statutes that confines them to the easy calls. That said, let us proceed.

Mr. Starr found that Bill Clinton lied under oath in the Lewinsky affair in the nineties. The results were the then occupant of the Oval Office became the only elected U.S. President ever to be impeached. Though the Senate failed to throw Bill out of office, he was disbarred. But that was just one of many Clinton issues under investigation at the time.

And so it goes, with scandal following Bill and Hillary wherever they hang their hats, both then and now.

Today, the Clintons stand accused, in Schweizer's carefully researched account, of facilitating Russia's access to about 50 percent of America's uranium.

The opaque transaction in Kazakhstan engineered by the Clintons apparently was that the shareholders were sending "tens of millions of dollars" to the Clinton Foundation and were providing speech-making opportunities for Bill to gather handsome rewards (in the form of good old fashioned money), and set the stage to bring Putin "into the cast of characters."

Moreover, Schweizer finds "no evidence that [Secretary of State Hillary Clinton] disclosed to U.S. government officials, the White House or her cabinet colleagues the apparent conflict of interest at play as she steered nuclear policy." In Moscow, the view there was that all the give and take (surprise!) had "offered" – quoting Russians, "a balanced view of U.S. relations with the Russian Federation."

Among those Russian-connected entities in this drama is Russia's Rosatom State Atomic Energy Corporation, headquartered in Moscow and "the only vendor in the world able to use the nuclear industry's entire range of products and services." 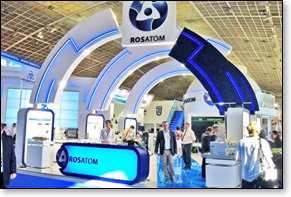 And then this: Regarding another player in the very complex process: Uranium One – a uranium mining company owned by the Russian government, with headquarters in Toronto and operations in Austria, Kazakhstan, South Africa, Canada, and the United States. Rosatom is a state-owned enterprise through its ARMZ Uranium Holding that "purchased the balance of a 100% stake in [this] firm in 2013."

Of special interest for our chain of events here is that in June 2009, Rosatom bought a stake in Uranium One. A cable noted that though it was not a controlling stake, "the Russians were just getting started."

We pause to complete the circle

At this point, the following observation by Mr. Schweizer is relevant, just in case anyone misses the "drift."

Quoting: "I am focusing specifically on financial transactions involving foreign businesses, investors, and governments. Foreign interests can't [legally] donate to political campaigns. But they can pay money for speeches. And they can donate to the Clinton Foundation. Are they doing so to buy influence?" (Hey! We're just asking questions here. Nothing to see; just walk on by, folks.)

The pages of Clinton Cash are remarkable for "coincidences" that serve to spotlight questionable goings-on. Apparently, you just put the pieces together like a table puzzle.

When Hillary Clinton appeared before the Senate Foreign Relations Committee for hearings on her confirmation as Secretary of State, then-Senator Richard Lugar, a Republican and no "bomb-thrower," opined that "the Clinton Foundation exists as a temptation for any foreign entity or government that believes it could curry favor through a donation."

At which point then-Senator John Kerry (now Hillary Clinton's successor as Secretary of State) chimed in with the comment, "I think it's fair to say that Senator Lugar...is really speaking [not from a partisan perspective, but rather] the view of the Committee as a whole." Thereafter, Hillary's nomination was simply waved through without adequate scrutiny, as so often happens in Washington.

Well, isn't anyone in D.C. blowing the whistle over the Clinton cash? In fact, there were all kinds of assurances intended to quiet the fears of Americans that, with this and other deals between Russia and the United States, the U.S. would not likely be the chief beneficiary.

The concern by some sources in Washington is such that Uranium One and Rosatom officials themselves felt obligated to allay the fears of Americans. They agreed to forego an export license from the U.S. Nuclear Regulatory Commission (NRC). However (uh-oh, another gaping hole in another agreement), the Russians did not agree not to seek an export license in the future.

Add to that: Donna Wichers, Uranium One Senior VP, says her company is pushing for uranium mines in Wyoming and elsewhere in the U.S. 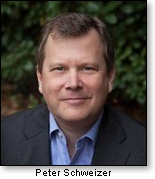 Yet another venue on the trail

Schweizer is at his best here when he takes the reader with him as he follows up and tries to "connect the dots" to a story that appears to be endless.

As every reporter knows, there is no "barrier" more inviting to thrilling challenge than the group or individual that slams the door in your face (literally and figuratively) when you're seeking information that the object of your hunt does not wish to impart.

That's what happened when Schweizer came across an outfit called Salida Capital "intimately involved with the Clinton Foundation."

The "gumshoe" reporter's interest was piqued when Canadian tax records showed the tiny investment company received an anonymous donation of $3.3 million donation. The firm had also sponsored a speech by Hillary Clinton. In 2010, Salida Capital donated $780,220 to the Clinton Foundation.

Next year, a company named Salida Capital was identified in a Rosatom annual report as "a wholly owned subsidiary" of the Russian state nuclear agency.

Schweizer contacted people at the first-referenced Salida Capital and gave them the opportunity to confirm or deny that the two Salida Capitals were in fact the same organization. He believes they were, but was obligated to ask. Three times, the inquiry was answered with no comment.

Again, investigative reporter/author Schweizer is confronted with that virtual door "slam in the face," suggesting the object of his interview hunt has something to hide.

Let that serve as a reflection of much that transpires at the feet of Team Clinton. The old "follow the money" admonition applies.