October 12, 2009
Strand Magazine
...or compendium if you prefer, of the strands of evidence

Hawaii has an open records law, similar to the federal "Freedom of Information Act." A few individuals are looking for equal justice under that law. The 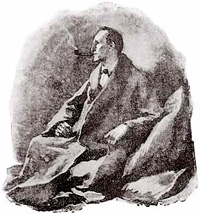 articles below are suggested, roughly in this order, to understand the events, aspects, and nuances of the attempts to discover what the alleged "Hawaiian Birth Certificate" of Barack Obama actually is and what has been done with it, by whom, over the years.

Arthur Conan Doyle originally wrote his Sherlock Holmes stories as serials, published in a magazine. That art imitates the real life of a journaled investigation.

Further reading may be done at The Right Side of Life.

There you have it, for now, with a few more strands, knots, and loose ends, all hanging on the back side of the tapestry  the side upon which we are presently kept.