October 26, 2010
"I don't believe society understands what happens when everything is available, knowable and recorded by everyone all the time....

"I mean we really have to think about these things as a society; I'm not even talking about the really terrible stuff, terrorism and access to evil things..."


What if a cynical political entity gained such information about its opponents? — and its own foot-soldiers? What if that became the dominant power? Well, what would Big Brother do (WWBBD)?

To understand this article, it is necessary to know what is in the "Twittergate" video — right down to the malicious and obscene depths of Internet harassment that includes funding abortion(s) as an intimidation/extortion tactic against a pro-lifer's use of Twitter (i.e., the video may be disturbing). It was previously shown with comments in Gulag Bound's "Daily Inspection" item, this October 11th.

This Part 1 consists largely as excerpts of Neal Rauhauser's own words about his social media strategy, along with a bit of analysis. And, for the sake of any attorneys, the entirety of this series of articles represent the "I think" opinion of this writer, as directly obvious as any or all of the facts and their implications may be.

We are now in the burgeoning "Internet 2.0" social media world, which the "progressive" strategy in question seeks to exploit, manipulate, and control — and maliciously so, if one thinks deviously baiting opponents into whatever behavior may be deemed material for a libel suit or even criminal prosecution is malicious.

But this strategy extends far beyond the persecution of Tea Party patriots and into a realm that Trotsky, Lippmann, Gramsci, and Goebbels would, one thinks, love for its new technology contest of both a propagandists' means and the rewards of it ends.

Enter Mr. Rauhauser and the political ops firm, Progressive PST as they seek this ring of power. Also enter nine-plus Progressive politicians who would be its ring lords. The long version of this firm's name is Progressive Politically Strategic Campaigns for Twitter, as disproportionate as this may at first seem, for a 140-character-at-a-time social media. (Link to their inaugural announcement in Daily KOS.)

Rauhauser wears the earmarks of a Soros and Moulitsas bootlicker; he seems plugged in to the Sorosian spin of the moment, tweeting messages often found at the same time or shortly thereafter in sites such as Media Matters, MoveOn.org, and the Huffington Post.

Rauhauser also writes items at Daily KOS and seems to have learned from the splash created by the Markos Moulitsas himself, consisting of the latter's famous "Google bombing" manipulation of that tech-imperialist search system in the 2006 election cycle. You may recall, it forced search results negative to conservative office seekers to appear, top of page, when searching their names. Perhaps the eccentric upstart, Rauhauser, wants to make his own splash of even greater Progressive proportion, through social media.

The "netroots" activism of the Obama campaign is seen as failing against the throw-weight of the Tea Party conservatives, very much including their (our) use of the Internet. Surely, the amoral neo-Marxists discuss what they can do about it. Marxists must control. Witness such proposals Net Neutrality, the registration of bloggers, and even perhaps, the use of the Internet kill switch. One may also recall the selective hyper-enforcement of copyright laws, as strings were pulled against YouTube publishers of key videos that have exposed the Marxist left, such as TheMouthPeace, NakedEmerorNews, and even the publisher of the "Twittergate" video, preventing access to these videos, for their using music deemed proprietary, while leftist videos skate free.

One discussion of the Marxist exploitation of Internet 2.0 social media was found in the August 2009 Harvard Business Review article by one Umair Haque, "Ten Rules for 5G Warfare." There Harvard Haque explained that we are in the midst of a true information war and recommends various kinds of attacks, but especially through the instant communications of Twitter.

So now, what of the hand that Rauhauser has tipped?

...a series of diary-like blog items that together comprise a manifesto for clandestine and even automated Big Brother activities the accomplishment of which would bring America's social media under a thugocracy.

In his own words we see Rauhauser, under the screen name "StrandedWind," posing, posturing, and imagining mayhem which he might use (emphasis, mine)...

There is a brewing problem with right wing extremism on Twitter. This has escalated in recent days with the election coming on — stalking and intimidation attempts have been reported by several Progressive figures. [Ed, no examples were given.]

I'm going to outline a community based strategy that will provide evidence for civil and criminal proceedings. We're not talking temper tantrums, bluster, and account suspension like we see from the right. I want us to get up inside their network and collect actionable information.

As a civil outcome a suit penetrating the outer ring of crazy talkers, getting to their handlers, and then to the money men would be the final solution. Expanding a seemingly random right wing shooting episode into a conspiracy case leading to lengthy prison terms for everyone who incited the attack would also work wonders for cleaning up our virtual streets.

Two days earlier, Rauhauser set up the straw man, but implicated himself as one who would actually prompt potentially criminal behavior on the part of whatever unbalanced extremist he could find. In an August 29, 2010 entry entitled "Organized Intimidation? Ambush Time."

There is a strong and growing Progressive presence on Twitter. I am aware of two other leaders besides myself who are subject to harassment and intimidation from the right. The timing of this makes it appear that this is another centrally initiated effort similar to the flood of female conservatives who arrived concurrent with Sarah Palin's "grizzly mom" prattle.

My response to the threatening conduct has been to basically dare the person behind it to actually step up and do something. I am far more aggressive than most and would not expect the rest to follow my lead. An organized community response will be the best approach to beheading this nuisance before it gets any momentum.

Further along "Ambush" piece, he takes part in what seems to this writer, a psychological projection onto Tea Party activists, the behavior of his own malicious interests and those of a few of his comrades. Then he describes more of his tactics in treating those he would deem worthy of his treatment.

Planting the idea (quite true) that some of their not so crazy sounding second and third tier players may be Progressive agents will amp up the paranoia and drive the entire community further to the fringe as they seek to weed out our people.

People engaged in provocative online conduct feel insulated; they're in the comfort of their own home, if they've engaged in a little bit of caution they may feel completely anonymous, and this emboldens them. Specifying the strategy we'll use to break their anonymity won't permit any mitigation on their part without adjusting their behavior, which counts as a win for us. We're dealing with people who have likely had no interaction with the court system beyond a traffic ticket; the potential for a pro se litigant to force them into expensive, long distance, lengthy, discovery laden litigation doesn't seem to cross their minds. The reality of travel, or frightful expenses, or summary judgments needs to be made real. We probably need to make a very visible example of at least one of them before the rest understand.

There is a small, but non-zero chance that the response to such activities might be violent. The recent interdiction of a mentally ill man, incited by Glenn Beck and on his way to shoot up the Tides Foundation, was a warning as to what our worst case might be.

Then, our self-designated agitator and psyops point man waxes moralistic:

It's unfortunate that our nation has descended from rational discourse to demagoguery and incitement to violence, but we didn't start this. And that means we can end it using whatever means we find convenient, so long as we remain within the bounds the law provides. There are several remedies available and we need only the wit and will to apply them to the problem.

The Twittergate video shows targets found by Rauhauser & Comrades. This includes the now infamous His oddly telegraphed strategy may be the manifesto of one eccentric individual (via his Twitter account he has apparently described himself as having traits on the Autistic Spectrum...

...a subject about which he has written) but even if it is, his strategy has appeared bought-into and adopted, to a significant extent. 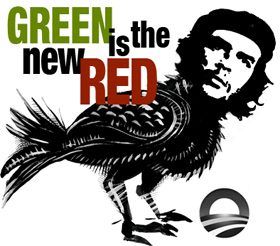 As shown, he was very overt in his desire to attack vulnerable individuals among American patriots, incite whatever mayhem he may, then use it against the Tea Party and liberty movement. Yet he, along with Larry Bruce and Beth Becker of the newly formed Progressive PST, were ostensibly hired by Democrat candidates, most or all apparently associated with Cap and Trade energy policy, itself such a corporatist/fascist opportunity for systematized corruption it has been labeled "Crime, Inc." by television's chalkboard dot connector, Glenn Beck.

Since the Twittergate scandal broke, Larry Bruce apparently ditched Progressive PST and is hiding out in the tall grass. And what of these Democrat candidates for November 2nd's election, that have publicly linked themselves to this group and its strategy?