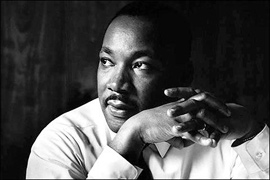 Here is a quiz about Dr. Martin Luther King, Jr., drawn up on our national holiday honoring our critically important leader in our so recent history.

Granted, these questions do not tend to focus upon his crowning earthly achievements, in leading the movement for Americans of African descent to have their rights fully respected as Americans (and, one would hope for other nations and any other member of the human race). Rather, these address facts that it seems may be at risk of being swept under the rug, in casual treatments – facts that are also quite relevant to know in our time.

You may wish to try your hand at it and you may share it freely with others. Actually, please do.

1. What was his profession of belief and spiritual relationship?

2. What was his vocation?

3. Of what political party was he a member? (Hint: the civil rights party in U.S. history, not the favorite party of the KKK, nor of Planned Parenthood "eugenicist" child butchers', whose founder authored "The Negro Project.")

4. When people of the other party sought to deny him his right to keep and bear arms, what famous organization stood up for him publicly and specifically? 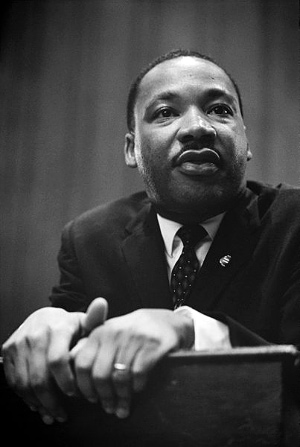 5. What U.S. President signed and enacted the King holiday?

6. Did Dr. King stand up for a two-state solution on behalf of a nation to be called "Palestine" or was he a Zionist?

7. Which political school of thought (seven letter word) _ _ _ _ _ _ _ did King condemned with these words? "This deprecation of individual freedom was objectionable to me. I am convinced now, as I was then, that man is an end because he is a child of God. Man is not made for the state; the state is made for man. To deprive man of freedom is to relegate him to the status of a thing, rather than elevate him to the status of a person. Man must never be treated as means to the end of the state; but always as an end within himself."

8. He was given an award from Planned Parenthood in 1996, when that group addressed abortion negatively in public, as it was following its overall strategy. His wife gave a speech in ostensibly in his name, in acceptance of the award. In King's own writing, did he show he thought abortion was a reasonable measure for general birth control, or did he oppose it?

9. In his "I Have a Dream" speech, how did he say he dreamt that you or I, or for another example, Barack Obama should and should not be judged in America?

10. The 2008 Democratic National Convention was arranged for Barack Obama to deliver his acceptance speech in a large, outdoor stadium in Denver, Colorado, on the 45th anniversary of King's, historic and cherished "I Have a Dream" speech. Much was made of this coincidence and of the elaborate staging involved. Obama did refer to that speech at the end of his own. In his speech, how many times did Obama honor Dr. Martin Luther King, Jr. in referring to him by name? (Hint: it was the same number of times he did today, when he gave his second inaugural address on this, our Martin Luther King Day.)

1. Being "renewed in [deeply relational] knowledge, in the image of [his] Creator" and thus, a joint heir of Jesus Christ, reunited by his sacrificial death for our sins and by his resurrection, to God the Father in Heaven. Short answer: Christian.

9. "I have a dream that my four little children will one day live in a nation where they will not be judged by the color of their skin but by the content of their character."

And you know what? I don't intend to cite the other answers. You should still do some of the work, shouldn't you? The words are there for using in Web searches.

Oh, and are you speaking out, or are we being quietly enslaved? 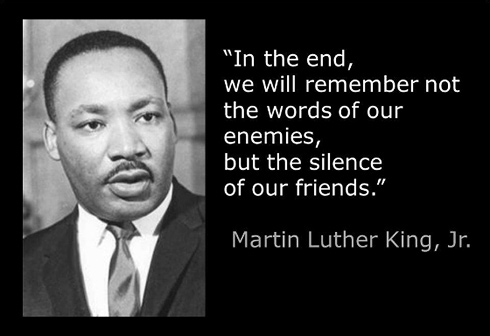