July 19, 2013
This is a fairly personal article, but please allow me to begin it with something very official.


The right of the people to be secure in their persons, houses, papers, and effects, against unreasonable searches and seizures, shall not be violated, and no Warrants shall issue, but upon probable cause, supported by Oath or affirmation, and particularly describing the place to be searched, and the persons or things to be seized. 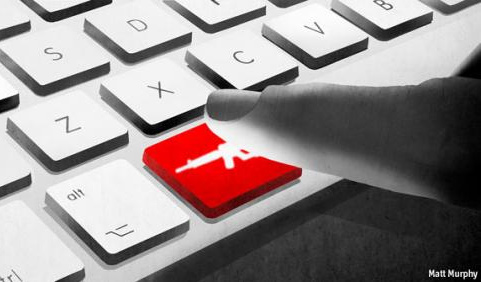 It is becoming clearer and clearer that not only is the Obama regime behind the systematic persecution of patriots by the IRS, and the labeling of the same as suspected terrorists through the DHS and in the military, but that they are also responsible for the greater than gargantuan "Big Data" grab on us all, using the NSA (and whatever other means). Why would they do all that?

I know. Some of you just rolled your eyes and, "Duh!" But others need a lot more help, so here is some help, with yet more on its way.

Listening to the first forty minutes or so of yesterday's presentation by putative President Obama's NSA and DOJ officials to the House Judiciary Committee, one would think nothing but sacrificial patriotism, brilliant national defense, warm hearts, and pretty flowers were the stuff they were made of. That is because they kinda' sorta' forgot to mention they were collecting any and perhaps even all our electronic information, so it could be... used... whenever.... And in doing so, to my ears, they kinda', sorta' flat out lied by omission, about the process.

And, they failed to say how securely our private and sovereign information was being kept (or not) from the eyes and ears of the terrorizingly chief enemy of the USA, the Obama regime itself, and those associated with it.

The moment of truth and clarity came when the microphone of the deeply concerned and potentially repentant author of the Patriot Act, Rep. James Sensenbrenner (WI-R) was switched on. This is that.

Seems I never know what to write about a video I show. Do you listen to it, or expect me to quote? Please listen to the whole thing, but here is the brunt of it, from my Wisconsinite neighbor:


Mr. Conyers was correct in saying why the 'relevant' standard was put in and that was an attempt to limit what the Intelligence Community could be able to get, pursuant to section 215. It appears to me that according to this letter and according to the testimony of FBI Director Muller that 'relevant' was an expansion of what could happen rather than a limitation, when the law was amended, when 'relevant' was not included in that statute – and doesn't that make a mockery of the legal standard, because you're trying to have it both ways?

(Not quite plausible denial)

Well you sure are, because you're saying... have the court authorize to get us the records of all the phone calls that are made to and from phones in the United States, including people who have nothing to do with any type of a terrorist investigation; and then what you're saying is, is that we'll decide what to pick out of that massive, maybe a billion phone calls a day, on what we're looking at, rather than saying, 'this person is a target.' Why don't you get an authorization for only for that person's telephone records?

But Mr. Cole, with all due respect, the letter that I got from the department that you're the number two person in says that you get the FISA Court order because there're, quote 'reasonable grounds to believe that the data is relevant to an authorized investigation to protect against international terrorism,' as section 215 requires, even though most of the records in the data set are not associated with terrorist activity. So you gobble up all of those records and then, you turn around and say, 'Well, we'll pick up you know maybe three-hundred phone numbers out of the billions of records that you have every day and you store for five years there. And all the rest of this stuff is, you know, sitting in a [data] warehouse and we've found out from the IRS, who knows who wants to have any kind of legal or illegal access to it.


Yes! Someone finally got it on the record! And just the man to do it. Feel free to listen to the entire proceeding, but that is enough for this article.

So, why would they collect all that data on us?

Because they are Antiamerica, engaged in a very real, soft as yet war with authentic America. This is a revolution against our nation, increasingly accomplished through the new tools of technocracy. I tried to make that emphatically clear in my previous article, "Snowden vs. National Security? It's the Domestic Totalitarian Technocracy, Stupid!"

Please read it! The Obama regime is giving new meaning to the maxim, "Knowledge is power." Their new motto could be, "Knowing everything about you is hegemony over you." Some use the phrase of warfare, "full spectrum domination" and that applies very well, here and now. Since that article, also yesterday, Matt Drudge and Sarah Palin wanted to make sure we noticed that where we travel by automobile has even begun to be recorded.

I will let others do most of the talking for the rest of this piece. Words fail me, if typed words fail to get the message through to the reader. We are being warred against. How can it be made clearer? Feel free to tell me in comments, if you know how. Truthfully, I am sitting here astounded and praying. What will it take?


A video (audio) along with introductory comments by Ann Barnhardt – and the optimistic supernova analogy depends upon the sanity, sensibility, and will of the Sovereign American People (SAP, no pun intended) as well as God's mercy and grace:

First, very soon you all can expect the Obama regime to start withholding medicine and access to medical care from people in order to quash dissent. I called this immediately in 2009 when it became clear that ObamaCare was going to be imposed. ObamaCare has NOTHING to do with healthcare, "fixing" the "system" or "helping the poor." You would have to be a complete imbecile to believe that on day one. If you still believe that now, well, let's just say that mathematical notation has yet to be invented to express the enormity of that level of stupidity.

ObamaCare has to do with controlling human beings, deciding who lives and deciding who dies, and ultimately they want to "force" people to not just die physically, but also to die spiritually and be lost to hell. They want to be God. They are attempting to install, enthrone and coronate themselves as "god." As I have said before, we are dealing with a collective antichrist.

Other services, such as car insurance, will eventually be withheld in order to quash dissent. Many of you are going to wake up some morning unable to "legally" drive your car because your "data" has indicated that you are "uninsurable."

Warren makes the point that the slogan already being used by the Obama regime of "If you have nothing to hide you have nothing to fear," would be more accurate stated as "If you do not think you have nothing to fear." Tell me that isn't accurate. Tell me that the regime through the infiltrated "schools" hasn't created an entire society of people who refuse to think. Look around you. Your neighbors aren't just uneducated, they are now, in their current state, uneducable. Objective evidence means NOTHING. Reality means NOTHING. Truth means NOTHING. All that matters is SENTIMENT, and not just sentiment, but irrational, evil, immoral sentiment. So, switch off. Stop thinking. Just let "us" take care of you. Did you watch the ballroom dancing? Did you catch the latest episode of the soap opera du jour? Here, just take your food stamp credit card, go get some McDonalds, and STOP THINKING. And if you do think, you might suddenly find that your foodstamp card doesn't work anymore....

"The power of the dying empire is extreme."

Exactly. Don't be fooled. It is like a star going supernova. This massive increase in government size and tyranny is the explosion that ends in a dead star – a white dwarf. While the supernova may appear permanent, vibrant and creative while it is happening to those very close to it, it is really the end-stage of death unfolding.

And, as any Star Trek fan can tell you, if a star goes supernova, you need to get the Enterprise very, very far away because your shields aren't remotely strong enough to withstand it, and there is nothing you can do to stop it once critical mass has been reached. The system is simply too big.


Here are the notes that Warren Pollock published at YouTube, below this video (I think I will consolidate his list with the one I drew up in the aforementioned and linked article):

If You Believe in the LIES You have Been Told, You Have Nothing to Fear

[Every] day, people leave a digital trail of electronic breadcrumbs as they go about their daily routine. They go to work using electronic fare cards; drive through intersections with traffic cameras; walk down the street past security cameras; surf the internet; pay for purchases with credit/debit cards; text or call their friends; and on and on.

There is no way to predict in advance which crucial piece of data will be the key to revealing a potential plot. The standard operating procedure for the Domestic Surveillance Directorate is to "collect all available information from all available sources all the time, every time, always."

For security reasons, it is unrealistic to expect a complete list of information we collect for our national citizen database. In the spirit of openness and transparency however, here is a partial list:

Another warning follows, from June 20, by Ben Swann, in case Benjamin Franklin's admonition from our founding may be necessary to hear. (And regarding how this video ends, I have a fund raising drive of my own, for an uniquely effective and necessary effort to be presented shortly, so perhaps you would like to save your money for a few days.)

Again, please tell me how I can make it clearer.

And please spread the word. These aren't the British and they're not just coming. They have been here. Those who have been warning their neighbors, and their local sheriffs, and buying guns and ammunition have been very right to do so. If we keep on warning more and more neighbors it may not come to having to use them, as God grants.