December 25, 2013
One can read about it succinctly in The Nation (where the Cloward-Piven plan of devastating America for Marxism was also articulated). "The spirit of neighborliness" became Franklin Roosevelt's pretext in Christmastime chats, for government racketeering, a plague that robs us of our means to be neighborly. 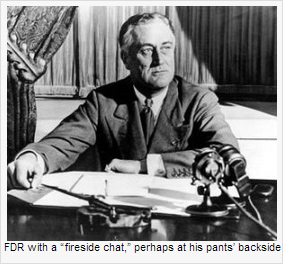 The extortion of money, that is, from those with resources, to build the power of those who use their gains to live in their own self-indulgence, their personal security nestled in the mechanisms of overlording government's feudalistic systems, while redistributing just some of what they rob, to those in need. Those in need in turn become those increasingly dependent upon the governing class, their power sustaining votes thus perpetually bought, election after election.

That is not authentic America, where any systems of supply to the situationally disabled beyond voluntary originated locally and if possible were only temporarily administered. Rather, it is something much older, against which America is termed "exceptional." It is feudalism of a Pharisaical kind in our time. I suggest reading about it in "Pharisees, Sadducees, and the Sanhedrin." And what is that? What does it offer?

To the rich, coercion: we will take your money by our excessive taxation, one way or the other, and you will cooperate or be punished by law and force.

To the poor, slavery: we will sap away your means of gaining the life of your choosing and the building of your own wealth in a truly free market, and instead compel you to subsist on our universal, paternalist's plantation.

And of course, measures to disassemble this system of control and kleptocracy become slandered as villainous "austerity." And all the while, our very currency is issued with usury and debauched with fictitiously added dollars and the inflation of costs. All the while, the central banks' overlords take their loan-sharks' cut. These are the very same overlords who give advantageous financing to cartelizers, to despotically capture markets and "fundamentally transform" economic freedom into corporatist, state capitalism.

Let the morally iniquitous, thus fundamentally illicit wealth of these 1% of 1% of 1% ease the "austerity" pain of a return to personal sovereignty under God, with government merely as guardianship of our true freedom. Let those funds be recovered, from our cartel collective overlords, in America and any nation, in a one-time Jubilee. That would be social justice, and a merry Christmas gift for generations that could begin.

The collectivists' article congratulating Roosevelt for his slight-of-tongue is brief; rather than excerpting it is linked: "FDR's 'Christmas Carol' is the Antidote to Lump-of-Coal Austerity." 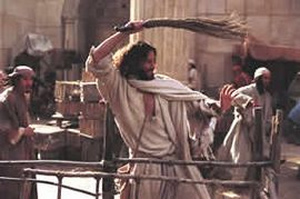 The Christ of Christmas, the same God who instituted a fiftieth-year jubilee for old Israel, has condemned such sinful manipulation, deceitful hypocrisy, and extortion, such robbery of our wealth, freedom, and our Godly gift of popular sovereignty. He did so in a curse which might be hung on the walls of citizens' homes and school rooms throughout the nation, to train us to governmental and fiscal morality, Matthew 23:25.


Woe unto you, scribes and Pharisees, hypocrites! for ye make clean the outside of the cup and of the platter, but within they are full of extortion and excess.

Woe to you, scribes and Pharisees, hypocrites! For you clean the outside of the cup and of the dish, but inside they are full of robbery and self-indulgence.