"I did not say this. I am not here."
While it is unnecessary to know Frank Herbert's Dune series of science fantasy books to understand what is happening in the real world, it is critical to know the reality of what it depicts. In it, an order of being has assumed and been accredited the greatest of humanoid powers, the Spacing Guild.

What makes them special? In the language of America's founders, the Spacing Guild controls the intercourse between and thereby within societies. Those who wish to finance, trade, export, import, or travel; and they who wish to gain and hold power, must do it by this class and by means of its arrangements. This guild controlled the spice melange, very akin to controlling a global currency.

Why is that so important to us, here and now, in reality? Let's answer that below this very brief clip from the Dune movie from 1984, poignantly enough. (The Spacing Guild's representative is the huge, brainy, mutant slug, called a Third Stage Navigator.)


Why is that important to know in the real world?

Because in reality, that is just how things are done, here and now:
It is the work of global financiers along with the power brokers associated with them who have provided for Pandora's boxful of collectivist, statist regimes, from the U.S.S.R., to Hitler's Third Reich, to Mao's China. This is what a faithful historical accounts show, though they are muted in our neo-Marxist academia. This also extends to the Wilsonian "administrative state" corrupted of the very United States of America, though the Declaration of Independence charted our nation to stand against just such imperialist and despotic powers. Further, this Marxofascist interlacing and binding of the globe via corporatist "public-private partnerships" is being carried out throughout our increasingly "state capitalist" world.

So, when we speak of the world's greatest on-going threat and the adversary to our personal, state and national sovereignty and freedom, if the cross-hairs do not center upon the global cartel collective of shadow governance and megafinance, we are off the mark.

Blaming instead the Kremlin, Beijing, any Muslim caliphate, or any particular race or ideology actually does what the world's greatest enemy of freedom has provided for us to do. (And they use any threat they choose, to herd the herds into their designated corrals and pathways.) Instead, let us ask how have those regimes gotten there? Within what structures and influences, both internally and transnationally?

For any initiative, let us ask, in the grander scale how the most powerful entities expect to benefit. Let us follow the money and the trends of power mongering, historically and through the present, into malevolent objectives for the future. 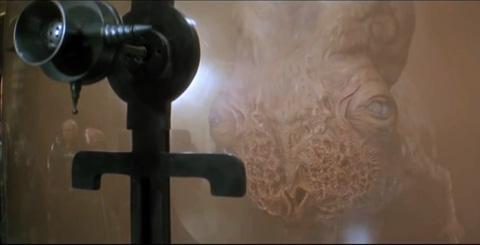 Good government never depends upon laws, but upon the personal qualities of those who govern. The machinery of government is always subordinate to the will of those who administer that machinery. The most important element of government, therefore, is the method of choosing leaders.