Stella Lohmann
Is Bill Ayers the voice behind Obama's school speech to children on Tuesday?

September 3, 2009
Since when does the Department of Education dictate curriculum, especially one promoting its boss? Next Tuesday class schedules and lesson plans will be usurped by a Presidential speech given by Barack Obama via the internet. Educators nationwide have already been given exercises to administer before and after his address. So what's the uproar all about? President George H. Bush and even Ronald Reagan gave similar talks to schools about staying in school and staying away from drugs. But Obama's timing and questionable associations have been known to reappear at the White House as advisors. 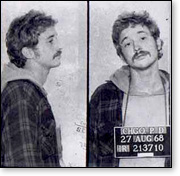 University of Illinois at Chicago Professor Bill Ayers  elementary school theorist and unrepentant convicted domestic terrorist for public bombings including the Capitol and Pentagon  is certainly one that Obama said time and time again was just an acquaintance who just happened to host his campaign kick off at his home in Chicago as well as chair an education reform council on which Obama was a member. Obama never disavowed their relationship and shared visions for changing wrongs in social issues. Listen to this excerpt from "No Place to Hide," a 1980's documentary on the Ayers and the Worldwide Underground of which he belonged.

Even then Ayers' radical views were being scrutinized with warnings of a clearly defined agenda and mission statement to eliminate capitalism and reinstitute social reform through revolution in the classroom. On Saturday, October 04, 2008 National Review analyzed the article published in the New York Times "Ayers-Obama Whitewash." Four days later, the New York Times printed another article, one less than flattering about then GOP Presidential candidate Senator John McCain:

Mr. McCain responded: "Well, sir, with your help and the people in this room, we will find out, just as Senator Clinton said in the primary that we should find out about this association. Look, we don't care about an old washed-up terrorist and his wife who still, at least on Sept. 11, 2001, said he still wanted to bomb more. You know, but that's not the point here. The point is Senator Obama said he was just a guy in the neighborhood. We need to know that's not true.''

At this point, the crowd in the Center Court Sports Complex booed furiously."  http://thecaucus.blogs.nytimes.com/2008/10/09/mccain-questions-obama-ayers-relationship/ Suddenly and much too lately, McCain began to see his polls numbers increase favorably as the public finally began to question Obama's relationships with radically thinking associates, including Bill Ayers. The National Review October 4th article continued with this analysis:

"There is nothing "sporadic" about Barack Obama delivering hundreds of thousands of dollars over a period of many years to fund Bill Ayers' radical education projects, not to mention many millions more to benefit Ayers' radical education allies. We are talking about a substantial and lengthy working relationship here, one that does not depend on the quality of personal friendship or number of hours spent in the same room together." http://corner.nationalreview.com/post/?q=ZWI0MjY3NzMyODgxZGM2ZjUwNTE1MmEzOGRiZmFkNWE= though the article greatly underestimates that as well).

Here are excerpts of Ayers's 2006 speech before Hugo Chavez and other assembled "comrades": http://corner.nationalreview.com/post/?q=NjRkOWUzMTVjMTU5YjIxYmQyMjY3YjU0NWJkY2QxZjY=

"President Hugo Chavez, invited guests, comrades. I'm honored and humbled to be here with you this morning. I bring greetings and support from your brothers and sisters throughout North America [sic]! Welcome to the World Education Forum. Amamos la revolucion Bolivariana! ...I began teaching when I was 20 yeas old in a small freedom school affiliated with the Civil Rights Movement in the United States. The year was 1965, and I'd been arrested in a demonstration. Jailed for ten days, I met several activists who were finding ways to link teaching and education with deep and fundamental social change. They were following Dewey and Dubois, King and Helen Keller who wrote: "We can't have education without revolution.

We have tried peace education for 1,900 years and it has failed. Let us try revolution and see what it will do now.... [I've] learned that education is never neutral. It always has a value, a position, a politics. Education either reinforces or challenges the existing social order, and school is always a contested space  what should be taught? In what way? Toward what end? By and for whom? At bottom, it involves a struggle over the essential questions: what does it mean to be a human being living in a human society?...

Totalitarianism demands obedience and conformity, hierarchy, command and control. Royalty requires allegiance. Capitalism promotes racism and materialism  turning people into consumers, not citizens. Participatory democracy, by contrast, requires free people coming together, voluntarily as equals who are capable of both self-realization and, at the same time, full participation in a shared political and economic life."

And now almost one year later, President Barack Obama is set to address elementary school aged children nationwide via an internet webcast. One parent wrote a note to the principal of her daughter's school and emailed it a friend of mine who copied me. The parent wrote:

I would like to know what alternative arrangements have been made available to children whose parents decline to send them to the President's "Indoctrination Plan" speech on Tuesday, Sept. 8th. Since this political speech can in no way be considered school-sanctioned or mandatory, I assume the school has made alternative plans for children who will not attend. Please advise me as soon as possible where the children will be located and what activities will be planned for these non-attending kids. My child will NOT be attending; I believe exposure to what this President has to say can only be considered dangerous and destructive.

If you have any questions please feel free to contact me.

As a substitute teacher it will be interesting to see what actually occurs in the classroom on Tuesday if I am asked to fill in for a teacher that day. If so, certainly a follow up will be in order to see how the school responded to this parent and what the President and the children have to say.

William Charles Ayers (born December 26, 1944)[1] is an American elementary education theorist and former leader in the anti-war movement that opposed U.S. involvement in the Vietnam War. He is known for the radical nature of his activism, which began within the anti-war movement of the 1960s, as well as his current work in education reform, curriculum, and instruction. In 1969 he co-founded the violent radical left organization the Weather Underground, which conducted a campaign of bombing public buildings during the 1960s and 1970s. He is now a professor in the College of Education at the University of Illinois at Chicago, holding the titles of Distinguished Professor of Education and Senior University Scholar.[2] During the 2008 Presidential campaign, a controversy arose over his past contacts with candidate Barack Obama.