September 28, 2011
Atlanta, GA — "Education is a topic no one has been talking about in the many POTUS debates since August, so I got fed up!" says Stella Lohmann, a local substitute teacher and former broadcast and corporate communications expert. I submitted my question and was notified that they 'loved it, and would use it definitely at the Thursday, Fox News-Google debate in Orlando."

Lohmann says she has received hundreds of notes on Facebook and her Twitter followers has dramatically increased. "All have been positive saying that I said what concerned them and that it was a good question that needed to be asked. It was the only question all candidates were asked to answer."

"I began sub teaching after a bad car accident and during that time I went back to school. It was during sinking unemployment and an economic nose-dive in our country. When I graduated in May 2010, poof, it was worse. I continued to sub teach in two counties and that's how I observed the state of affairs in the classroom and in schools overall. Many of my friends on Facebook are from all over the country. They say the same things — Teachers' hands are tied and mandates have them jumping through hoops to satisfy tests created by bureaucrats."

Lohmann is a former broadcast journalist, blogger, photographer and corporate communications specialist. She says she has learned alot from substitute teaching. "Students don't need all the bells and whistles and special programs to make learning interesting or ensure everything is perfect — students need teachers empowered to teach without government strangle holds on their time and jobs," explains Lohmann. "I hear and see their frustration with paperwork and in-service meetings and training for yet another program to add to their daily schedules."

"When Fox News contacted me that my question would be used at the Orlando LIVE debate, friends and family supported my way to the debate and I was in the auditorium as each one responded to my question. It was truly surreal and I don't think it quite sunk in until I saw Michele Bachman, New Gringrich, and Herman Cain directly after the debate. "Herman Cain smiled at me and said, 'I saw your question, Stella.' 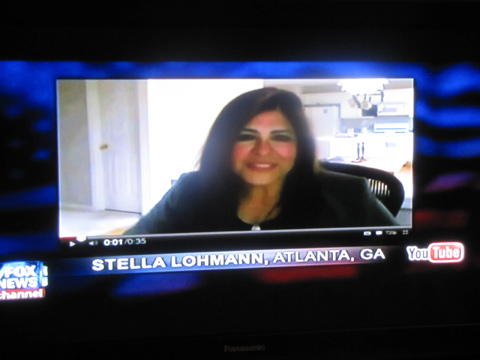 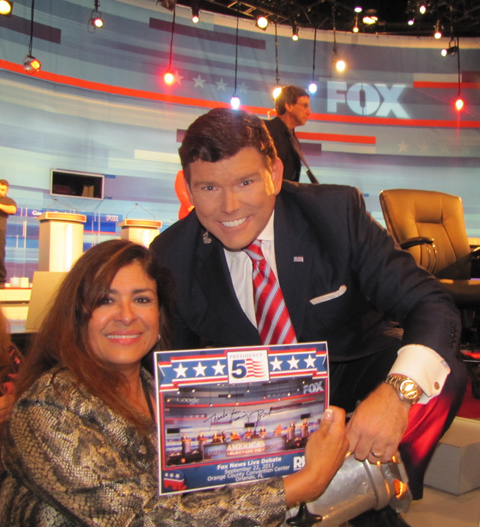 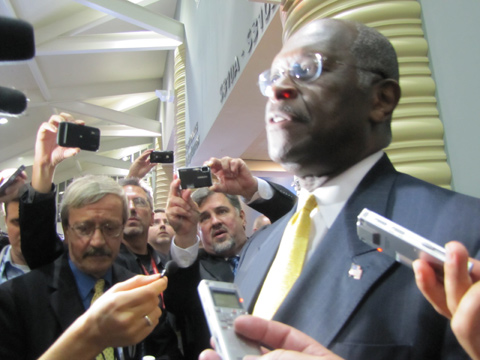