Stella Lohmann
Chavez pulls plug on media resistance? Could talk radio in U.S. be next?

September 19, 2009
Venezuelan President Hugo Chavez is clearly a dictator on the prowl. Russia is now peddling weapons to the South American country that has its eye on neighboring allies of the United States. In order for Chavez to truly expand the importance of Venezuela globally, resistance internally must be quieted. Today there is only one independent station left standing against a virtually government-run media.

An editorial in the Buenos Aires Herald quoted the Washington Post: "In the course of the past month, Venezuelan President Hugo Chávez has been exposed as a supplier of advanced weapons to a terrorist group that seeks to overthrow Colombia's democratic government. In his own country, he has shut down 32 independent radio stations. His rubber-stamp National Assembly has passed laws to gerrymander districts in next year's parliamentary elections and eliminate the autonomy of universities. Mr. Chávez has pledged to purchase dozens of tanks from Russia, and he has scheduled a trip to Tehran next month to reinforce his support for beleaguered Iranian President Mahmoud Ahmadinejad" (September 18, 2009). 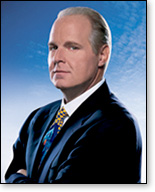 Chavez has an agenda, and free speech isn't an item on the list. Could the U.S. follow in other ways using Federal Communications Commission (FCC) community advisory boards? Could the voices of highly popular talk radio and cable news programs that report opposition to the present administration be shut down? In 2008, the FCC proposed a permanent station advisory board comprised of local officials and other community leaders, "to periodically advise them of local needs and issues to ensure content diversity on the air." Take for example, radio icon Rush Limbaugh. Love him or hate him, he's the most listened to talk show host in history. His nationally syndicated programs reach millions of listeners who generally oppose the liberal ideology and politics.

So what happens if this FCC community advisory board determines that Limbaugh's views violate 'content diversity and localism' requirements? Even though people select what they listen to on the air, a station's license could be in jeopardy no matter how popular the host or the program is. Since private stations depend on advertising priced according to volume of listeners, government scrutiny could truly hinder even the most successful radio stations based entirely on its content.

Under a two year review cycle, every station would face a possible license-chopping-block and/or face huge fines two times in one Presidential term. In recent weeks talk radio, the blogosphere, and Fox News network has impacted the course of events reporting ACORN activities and vetting Green Jobs czar, Van Jones. The impact of an informed listenership is obvious. So what harm would government controlled community advisory boards have over licenses?

Obama shares the views of the past and present FCC Commissioners considering 'localism' when it comes to qualifying station licenses. Consider this question posed in Human Events: Question: What organization first used "localism" at the FCC in this fashion? Answer: The United Church of Christ, Rev. Jeremiah Wright's highly-politicized denomination. UCC has an entity called the Office of Communication, Inc., which successfully took a broadcast license away from a Southern station it felt was not covering the civil rights movement fairly.