October 8, 2009
Olympia Snowe is a great name  sounds majestic even grandiose. The Senior Senator from Maine may be small in stature but she's large in influence these days sitting on the Senate Finance Committee with the nation's healthcare in the balance. 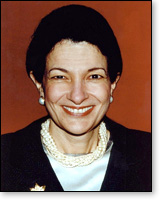 Snowe is one three primary senators Senator Max Baucus (D-MT) is hoping to sway before next Tuesday's vote to move his $829 million healthcare reform bill out of committee and move it to a vote in Congress. Who would think that a Republican would be of concern in the estranged health care debate falling typically along partisan lines?

"Focusing her attention on efforts to build bipartisan consensus on key issues that matter to Maine and America, Snowe has built a reputation as one of the Congress' leading moderates. In 1999, she was cited by Congressional Quarterly for her centrist leadership, and is co-chair with Senator Mary Landrieu (D-Louisiana) of a bipartisan, consensus building group in the Senate called the Common Ground Coalition  a forum for communication and cooperation between Senate Democrats and Republicans." (http://snowe.senate.gov/public/index.cfm?FuseAction=AboutSenatorSnowe.Biography)

This could be her red letter day being at the forefront of the tethered healthcare debate. The problem is no one seems to be certain which side will be celebrating her decision. 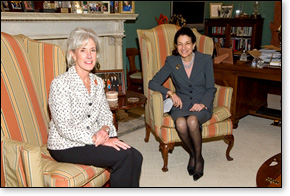 The daughter of immigrants from Greece, Olympia Snowe has made a career of being a centrist, a negotiator, one moved to cross the aisle in the name of compromise and progress on issues of Medicare, education, and the military. She is one of four women to sit on the Armed Services Committee. A week ago my group of three ventured to Snowe's office in the Raymond Russell Senate Building with a photo of Special Forces Green Beret, MSgt. Richard A. Hass  asking the senator not to forget him, our troops and to most certainly to vote NO to any partisan plan revamping healthcare across the board.

Snowe was in session listening to McCain thunder about the President wanting more time to review General McCrystal's plea for 40,000 more troops or risk defeat in the already eight year war on the ground. She moved unassumingly through Senate chambers later as a roll-call vote was called on Senator John McCain's bill to give 45 days for commanders testify before Congress about current state of affairs in Afghanistan. Ironically casual handshakes and hugs were stark considering gallery watchers were asked not to speak, clap or respond out of respect of the Senate in session.

Whether Senator Snowe ever heard about our visit to her office or gazed upon the photo of MSgt. Hass is unknown. The point is the effort and time to actively remind Congress that they were for Americans, the voters, the regular folks who pay their way. Face to face meetings with Congressmen and women may be tricky to time but be assured their staffs keep strict records on how many calls, visits and any feedback daily for end of day tallies. Also Congress knows when Americans shut down phone lines and overload servers. Don't let the excuse that some only accept constituents' communications when in reality what any Congressman or Senator does affects all of us. Senator Snowe holds all Americans healthcare in her response to the Baucus bill coming up for a vote on Tuesday and now she's heard from three Georgians. What about you?