June 5, 2013
Sigmund Freud, the founder of psychiatry based every relationship and experience on sex...not sex fulfillment, but suppressed sex in everything. Yep, It is a malady inflicted in early childhood that prevent people from being masters of their own destiny, saith the controversial Viennese doctor of whom people spoke about only in whispers during his early career.

His heavy emphasis on sex would bring some confusion to the marriage covenant, a social construct that would become ambivalent in the years ahead. 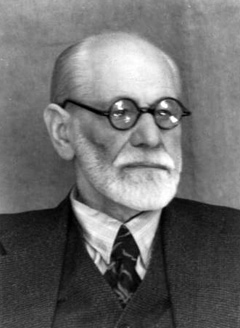 Shopping in Costco this week, most married couples that were observed possessed carved out bitterness and anger in their faces. The unhappiness displayed is not consistent with what marriage can and should be.

The most demanding of all human relationships is that within the context of marriage. Here is where the rubber hits the road (no Freudian slip intended).

Most of our interactions with fellow humans take place within certain time frames, such as in the workplace, school, or within the context of social or other structured events. Even 'intimate' times with good friends are mostly planned ahead and sporadic.

For many, this is the ideal way to deal with people, indeed, life itself. Coming and going while engaging in social intercourse (again, this is not a Freudian slip!), we can constantly re-group ourselves, take a moment to put on the good face, prop up the appropriate front, and for the allotted time in that particular frame, be absolutely charming, patient, understanding and even disciplined; or at least be perceived that way.

It is easy to attract friends, business possibilities and even lovers within this careful presentation of one's life and personality.

A marital relationship, on the other hand, is constant. In that setting the luxury of escaping witnessed unflattering visible reactions to unguarded moments grind to a halt.

Being constantly on view thwarts any escape to pretense. Every word or slip of the tongue is overheard, every mannerism magnified as the home becomes a dichotomous sanctuary where true character cannot be hidden.

Here is where the conflicts begin as truth emerges and prior expectations are either praised or damned. This is why the first two years of marriage are the most challenging and critical.

The mentally healthy person in a marital relationship will not seek sexual pleasure in others, nor will he engage in selfish sex, caring only about his own satisfaction. He will not push any sexual diversities on his wife with which she is not agreeable, or will not enjoy.

He will not demand immediate gratification in areas that will be uncomfortable to his mate. He will be disciplined and in control of his own life and therefore able to properly lead his family. In short, the individual will have an id that is in control, not one that is too strong and impulsive.

The mentally healthy person in a marital relationship will never embarrass or bring dishonor to his family. His conduct within the walls of his home will be consistent with his public persona. (Pastors-please take note.)

He will reflect his respect for society's norms, etiquette, rules and customs in determining how to behave. He will put off gratification in order to achieve longer range goals. This person has a healthy ego which keeps the id in line.

The mentally healthy person in a marital relationship will not have been traumatized by his parents or environment. He will have confidence in himself so that he does not have to prove his superior strength or mental capacities.

He will be kind, giving and put his mate's needs ahead of his own. He will have no fanatic notions, nor will he have the need to put someone down in order to make himself feel important. He will be a responsible provider for his family and honest in all his dealings. This is due to a proper super-ego.

While we have seen the perfect marital specimen, according to Freud's hypothesis, there are disturbing elements in any marriage. Freud's theory is that individuals are not masters of their own minds. He claimed that adult personalities are shaped by childhood experiences and other factors beyond one's control. Not necessarily.

It is unsettling to think that choosing a mate is a shot in the dark, that the individual who appears so attractive may have been warped in childhood by unhealthy parents and whose life is totally at the mercy of environmental parental induced eccentricities.

While Dr. Freud has made vast contributions to the world of psychiatry and has set the world on a path to discovering the deepest secrets of the mind, he seemed more on a path of causation analysis than cure.

His contribution to the role of the unconscious and precociousness along with unraveling how behavior is influenced by them has helped patients discover feelings and conflicts of which they had previosuly been unaware.

Self Knowledge and awareness is valuable. Too often, however, we are left with the rather hopeless feeling that what is...is...because of what was.

I would like to think that people can be in control of their destinies, despite Freud's hypothesis that the basic foundation of an individual's personality has been laid down by the tender age of five. This should never be considered definite, nor in concrete.

Albert Ellis, with his rational-emotive therapy offers a valid approach that focuses on altering client's patterns of irrational thinking to reduce maladaptive emotions and behavior. While this primarily applied to current stress, I believe his therapy can be taken further to alleviate stress from childhood abuse to treat personality quirks.

There is a saying; "We are what we eat." Dr. Ellis believes that we are what we think, or more correctly, we feel the way we think.

So what is the answer to taking some of the risk out of finding a mate and in becoming a good mate? Can we rebuild the carburetor of our mind, the ego? Can we repair a damaged super-ego? In so doing, can we bring the id under control? Positively. With education.

Social and marital relations should be taught in every school beginning in the sixth grade. People who are bad marital partners simply do not know how they are supposed to act, how to treat a mate, or how to bring up children.

There would be strong teaching on, "It all stops with me" by acknowledging that many people have been abused in many ways in childhood, and who repeat the actions with their own mates and children.

A concentration on breaking that cycle would be mandatory. Freud shows us "why." Dr. Ellis shows us "how." With proper teaching this can be done. Responsibility should be taught along with commitment and human dignity.

Little boys should not be taught that it is 'sissy' to cry. Let them know that sometimes it takes a man to cry. Tenderness and compassion should be encouraged. It is to be taught that a home is a sanctuary where only kind and loving words are spoken, a place where ridicule of any kind has no place, where any member of the family can try anything and never be put down if they fail.

Every couple contemplating marriage should take a close look at each others parents as a key to possible future surprises. Six people are in every wedding bed. The bride, groom and both sets of parents. So much lies in the success or failure of every marriage, pre-marital counseling should be considered a must.

By utilizing Freud to flush out the thorns and determine what problem areas are in place, then bringing in Ellis to kick out the stress of a bad childhood, I believe we could see a reconstruction process of the id, ego and super ego, resulting in a greatly improved society of healthier, happier and more productive marriages.