Rev. Austin Miles
Will politicians kill or assist elephant in the room? 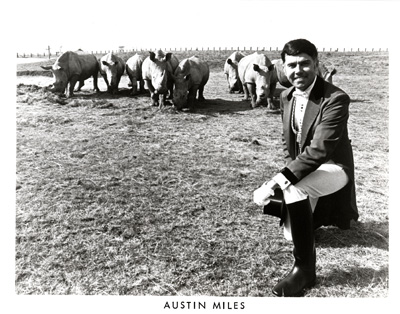 SAN FRANCISCO 10/22/15 – Just last week, Zimbabwe, an African territory that earns millions of dollars selling permits to wealthy trophy hunters, was again in the news. This time the shocking reports show that forty elephants were deliberately and cruelly poisoned with cyanide so that the savages who carried out this deed could cut off their tusks and sell them for big bucks to dealers who will have them carved into status-building objects of 'art.'

Death by cyanide results in horrible agony as it curses like a wild saber through the body of the victim, burning through the intestines. An elephant virtually screams as it is brought down to the satisfaction of the poachers who baited oranges with the poison, and gave them to the unsuspecting herd. It is not a quick death but a slow agonizing one.

It is probable that some of them are not yet dead when the poachers begin sawing off their tusks. Think of a dentist drilling in your teeth, without novocain. These sub-humans also bring down rhinos, then, while they are still alive, cut off the horn. A video aired that showed this horror as the helpless rhino, gasping deeply, was making agonizing groaning sounds like....'uh...uh...uh...' This video can never be forgotten.

The tusks from the elephants are then smuggled into Asia where there is a strong market, particularly in China, where they will be carved up into objects of status-building art, such as statuary. The rhino horns are ground up and sold as very expensive aphrodisiacs. And a living, breathing creature suffers so greatly for man's uncontrollable lust even though this potion is only imagined, not real. In other words, it is useless.

A legendary circus owner, Gil Gray, had four huge elephants that he had raised from babies. At night he would come into the elephant's area backstage. They would do the little beeps in delight as he came to them. He would go to each one and hug their trunks, telling them how beautiful they were. They responded with such love that it was unmistakable.

They looked forward to that nightly visit. An elephant is not "just an animal." There is no such thing. They are creatures with feelings, both physical and emotional, exactly like us.

While rhinos are not as affectionate, they are very peaceful creatures who will not attack unless they are provoked. Yet they are cruelly killed for their horns which are ground up and sold for big money to those who falsely believe the powder will increase their sex lives.

So how will the politicians deal with the elephant in the room? The Republicans will no doubt kill the pachyderm in the room rather than assist it. Congressman Steve King, for example, has killed any attempt to protect animals from inhumane treatment such as farm animal abuses while striking down law proposals that would stop the cruelty.

Like most Republicans, he loves his guns and hunting. It is the republicans who enjoy most the killing for the sake of killing and trophy hunting, where they bring down great beasts in order to cut off their heads to display over their mantles which they exhibit with pride.

We can never forget the video that was aired, showing Sarah Palin in an airplane out away from civilization flying over some wolves, many that looked up at the plane with curiosity. Then with a smile on her face, aimed her rifle and shot dead several wolves that screamed in pain and fell over kicking their legs in the air as they slowly died. Why? They were causing no problem. It was the lust for killing which also brings sexual arousal we are told.

Yet, Sarah Palin smiled at the intense suffering she directly caused. She was killing for the sake of killing. Not for protection, not for food, but simply to cause pain and suffering. This writer would NEVER support her in any way. I would need a layman to properly describe what this woman is.

Democrats, on the contrary, such as Senator Dianne Feinstein, are very protective of animals and can always be counted on to support any law to prevent animal cruelty. In this they are solid.

A committee is being formed to put a stop to elephant murders, which is described correctly. So far, Cathy Taibbi, a leading wildlife and environmental journalist has come aboard as has Chaplain Dennis Guinta, a long time animal activist.

We are getting in touch with Animals Australia, absolutely the most effective animal rescue organization in the world. What they do should be an example and master plan for the entire world. We are hoping to partner with them since this is a world-wide concern. For example, over 100,000 elephants have been killed in Africa in 2011-2013 alone. This must and WILL stop.

This writer plans to meet with Senator Dianne Feinstein for her assistance in crafting a law against poaching once and for all, with severe penalties for violators. It will be requested that she set up a meeting with the Ambassador of China, or to go to China to meet with leaders, since China is the biggest exporter of ivory. We want to encourage them to put an end to this.

The sale and shipment of ivory must be declared illegal. This writer plans to go with committee to visit merchants in Chinatown in San Francisco to persuade them to cease from selling anything made of ivory.

If you remember, Chef Ramsey, the cranky chef on Hell's Kitchen, was so appalled by seeing the harvesting of shark fins being cut off of live sharks (that exhibited agony in the process), that he personally visited restaurants in San Francisco's Chinatown and was able to successfully convince restaurant owners to no longer sell Shark Fin Soup, which is considered am expensive delicacy. We must do the same regarding ivory.

This writer also plans to contact leaders in the United Nations to join us in taking a stand against poachers. And it will be done. We ask all readers to get this out on social media.

No matter what one thinks about Obama, he did something for which I personally applauded him: he confiscated all ivory in one area of the country and publicly smashed it up, to make a statement regarding this horrendous marketing. Yes, a tip of the beret.

Again readers, begin talking this up and circulating it on social media. We WILL put a stop to this atrocity that reduces us from a civilized people to a bunch of savages. We must be a positive force against this.

Photo Caption: A Much Younger Rev. Miles with Rhino Friends